Pewsey Wharf and the Giant's Grave 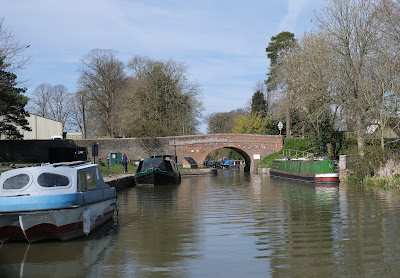 We started this walk from Pewsey Wharf on the Kennet and Avon Canal and walked east along the tow path, to soon pass under Pains Bridge. The still water provided a nice reflection. 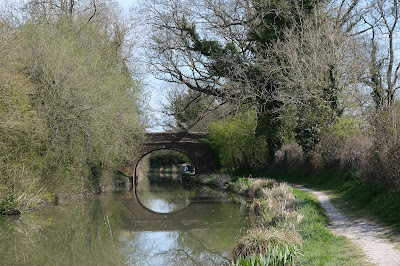 Just beyond the bridge was a World War II pill box. They are scattered all along the canal and I recently discovered that their specific function was to provide a second line of defence in the event of a German invasion. It is just as well they didn't invade as it seems unlikely that a line of pill boxes, tank traps and blown up bridges would have provided much of a barrier.

In the background can be spotted the long ridge which ends in the Giant's Grave. 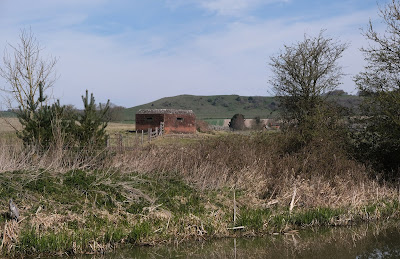 At first we didn't spot the Heron standing quietly on the opposite bank. 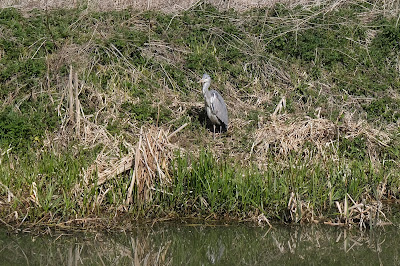 We left the canal at the next bridge - below is the next stretch of canal ... 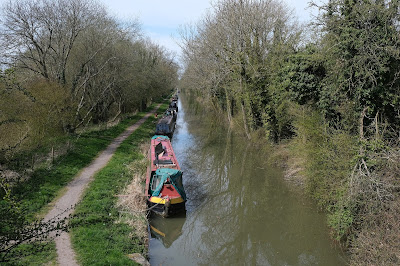 ... and headed north along a lane passing a few houses and walking along a delightful avenue of trees leading to West Wick. A little further on there was a glimpse of the House, with the Farm behind it. 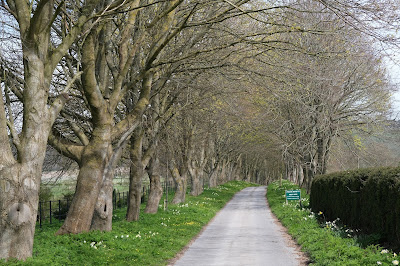 We continued on the same line and began a steep climb which brought us to a ridge, where we admired the view of the ridge that lay ahead.. 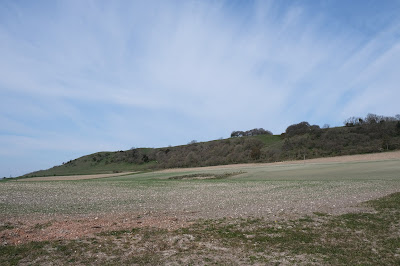 and shortly afterwards the view back ... 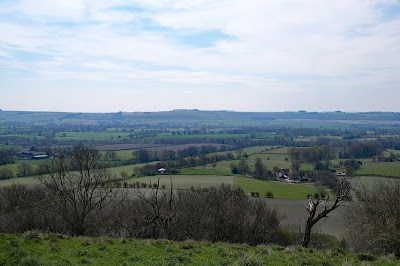 We continued along the ridge, part of the Mid Wilts Way (a new discovery, which we hope to do in its entirety). Walking along the ridge was exhilarating and soon we reached the top of the fancifully named Giant's Grave, more prosaically an Iron Age promontory fort, according to Pevsner.

We looked across towards the village of Oare and spotted to the left what had to be Oare House. Pevsner describes it as "an impressive townish house built in 1740 by Henry Deacon a London wine merchant". 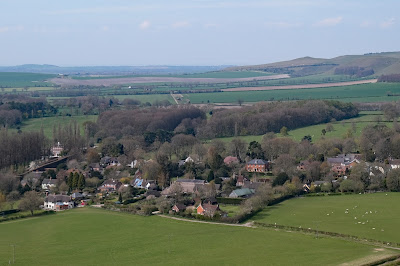 As we descended we spotting this intriguing building over to the right ... 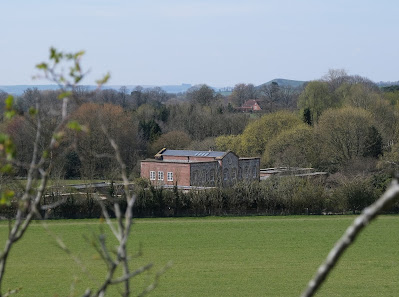 ... and soon afterwards we had a great view back to the Giant's Grave 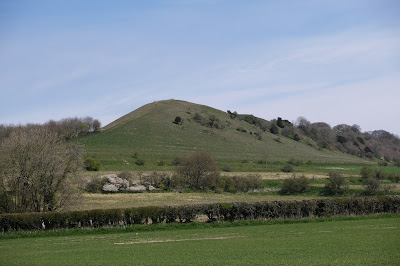 A series of field paths led us back to Pains Bridge where we turned right along the tow path to return to Pewsey Wharf.