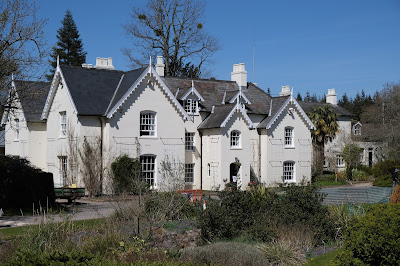 We are on our way home from Poole and decided to break our journey to see the Sir Harold Hillier Gardens. The Garden, originally known as the Hillier Arboretum, was founded in June 1953 when Harold Hillier acquired Jermyn's House (dating from the 18th century, but later extended) and its grounds. The arboretum was given to Hampshire County Council in 1977 to be managed as a charitable trust. Sir Harold Hillier was knighted in 1983 and died aged 80 in 1985.

We started our exploration with the Winter Garden, which was opened in 1998. We were warned at reception that it was past its peak. This was indeed the case, but it still made for a pleasant stroll. We did enjoy seeing a good number of Orange Tip butterflies however. And we were quite taken by this sculpture in the shape of a pine cone as we neared the main entrance again. 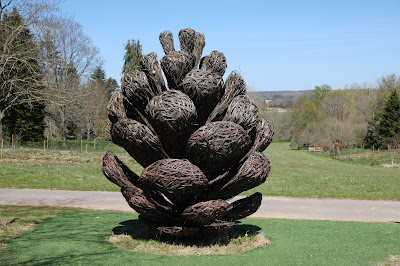 We then ambled towards towards the eastern side of the garden, mainly through woodland, to reach the area in front of Jermyns House. Here we saw some beautiful Cherry blossom. 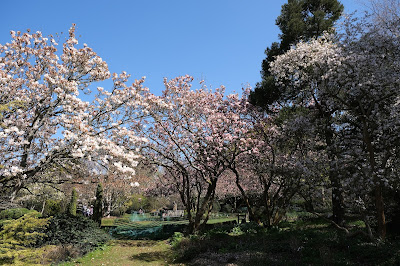 And this spectacular Acer. 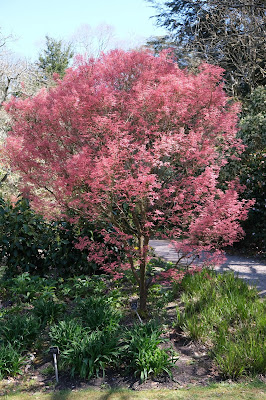 The whole area was very colourful, but the prize must go to this astonishingly dense display of tulips. It seemed to us that the colours ought not to work together, but actually they were a triumph. 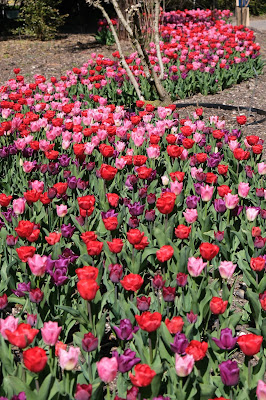 We walked along the Centenary Border, a long grassy path with flower beds on either side. It didn't lend itself to photography however as workmen were busy installing underground water pipes along its length. At the end we did enjoy this display of mixed tulips in various varieties and colours. 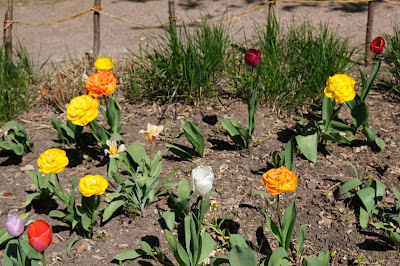 Visiting the garden was a rather off-the-cuff decision, but it was a delightful experience. We also took advantage of the neighbouring Garden Centre to stock up with plants for our garden.