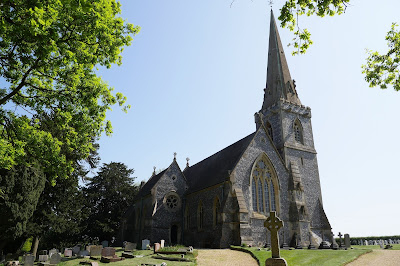 We decided to start the walk at Midgham church, an imposing building at the top of a hill. It dates from 1869 and was funded by the owner of Midgham House. We headed east, passing West Lodge into Midgham Park.

A clear path leads you through parkland which is a first flat and then hilly. On the left there is a sign to Midgham House,  but this is out of sight. The current building dates from the 1970s and replaces a Victorian house , which in turn replaced a Georgian one 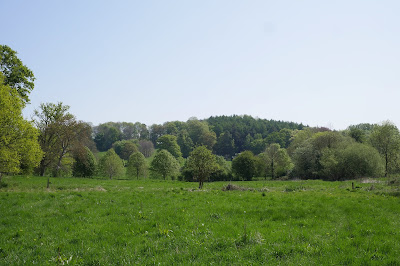 We left the park by the East Lodge, a much more imposing building than the West one and turned left along the right and then into a path skirting around Channel Wood. There was a splendid array of bluebells. 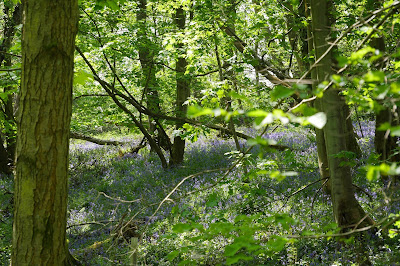 We left the wood to return to the road at Midgham Green where there was a lovely group of trees. 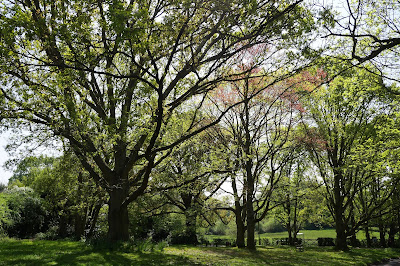 We continued along the road and then entered Carbins Wood, with some delightful beech trees on our right. 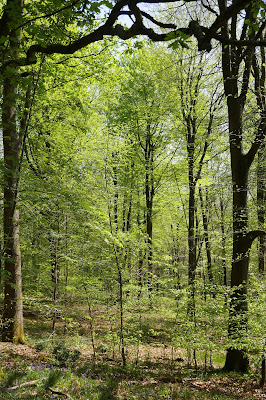 As we approached the road which joined Bucklebury and Chapel Row, we turned sharply left and walked across Lower Common. On the far side we crossed the road and walked along a lane leading to a fine house called Wootten's. On the left was another part of the Midgham Estate accessed by this rather lovely gate. 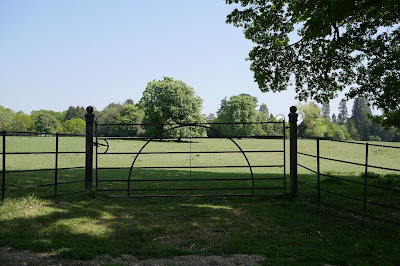 Reaching Wootten's we skirted the house to the right and enjoyed a fine view towards St Matthew's church with the North Wessex Downs beyond. 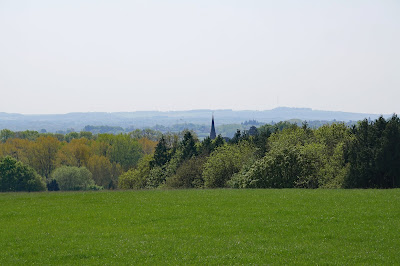 The field edge path took us to the road which led us past some houses back to the church. 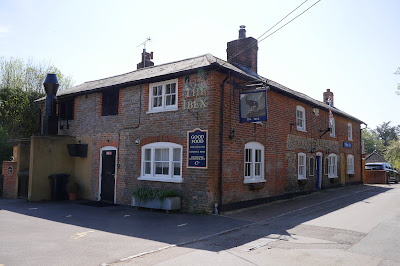 We have been in Self Isolation for some weeks but we have now discovered that the rules have changed: it is now acceptable to go out for a walk for exercise and to drive to the start point, provided the walk is longer than the drive. (And provided you actually have a walk rather than a picnic - not a problem for us!)

We set out from The Ibex pub at Chaddleworth (currently closed of course) and headed north east past these very pretty cottages ... 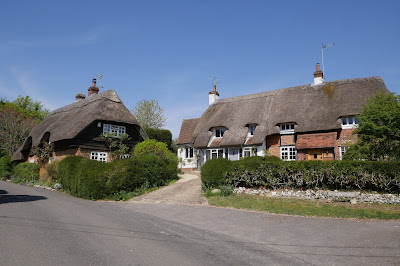 ... and past Chaddleworth House to follow a path down to Manor Farm. The countryside to the west was very pleasant and wide open. 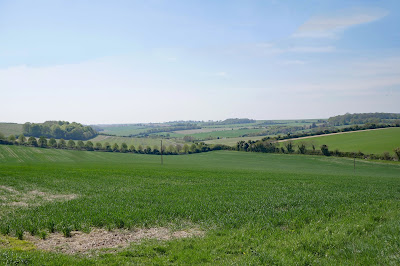 Some way off to the right was a large house which I am pretty sure is Woolley Park, rebuilt in 1799 and extended in 1858. According to Pevsner, there is a spectacular Staircase Hall. 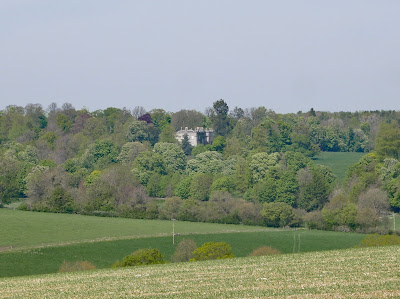 We followed the path as it headed uphill and reaching the top of the slope had a lovely view down to Whatcombe. 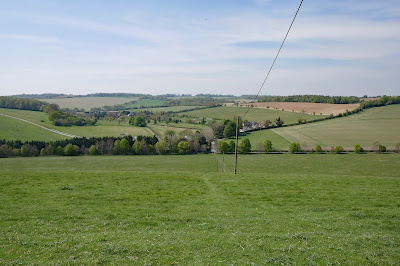 We crossed the road and turned left into the large Whatcombe Estate. At first we were slightly puzzled by the scale of the Stud facilities, but we quickly realised it was really not far from the horse racing centre of Lambourn. We walked through the site and then climbed towards Kite Hill. This was the view back. 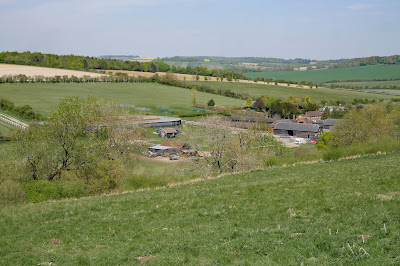 The path took us in a loop around some lovely woodland with loads of Bluebells. 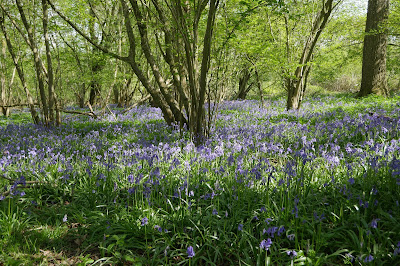 As we passed Henley Farm I was delighted to see my first Red Admiral of the year. 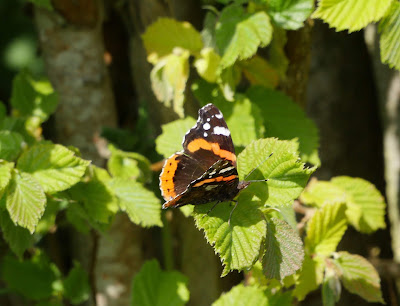 We admired the white wisteria on the side of this outbuilding as we passed by. 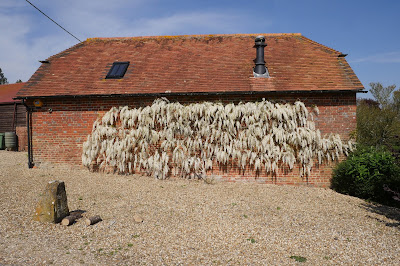 We headed downhill, crossed what seemed to be an overflowing stream and headed towards Chaddleworth along a road and then up a steepish lane, once tarmaced, called Buttsfield Road.  This led us to another road which led us into Chaddleworth past the church. From Pevsner I learn that it dates from the 12th century. In the 19th century G E Street was employed to add the rather incongruous chancel which Pevsner drily says was "not one of his best works". 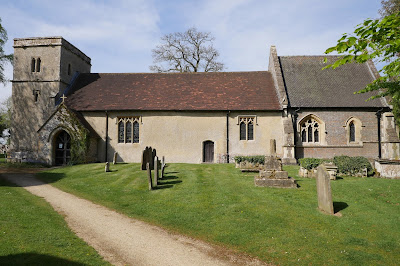 From: 50 walks in Berkshire and Buckinghamshire (AA)

Rating: four stars. How wonderful to be walking in the country again!
Posted by PH at 12:54 No comments:

Butterfly of the day: April

Now that we are all in Self Isolation and there is not much blogging to be done, I have decided to post a Butterfly of the Day for the foreseeable future. The top picture will be the most recent. Also available on Twitter https://twitter.com/Walking_country 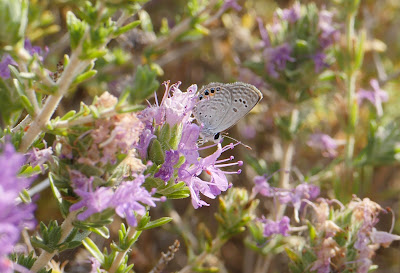 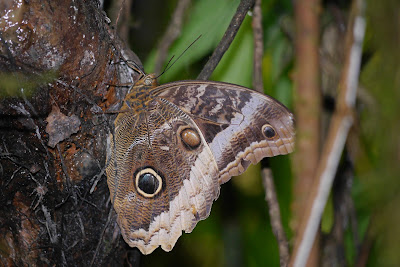 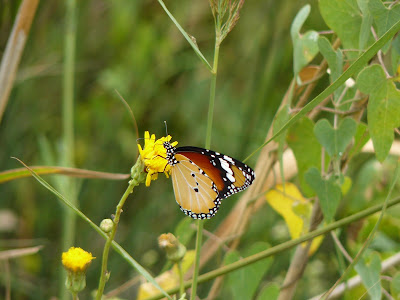 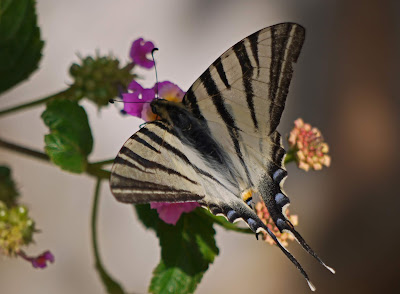 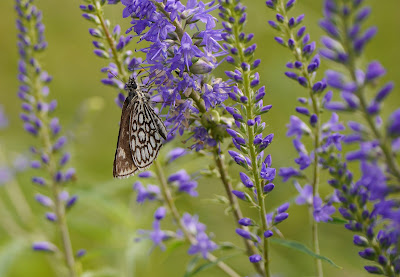 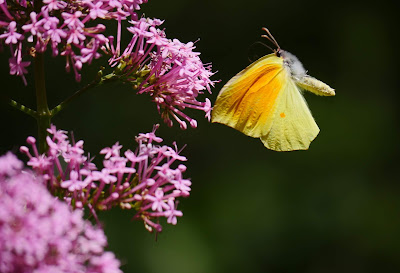 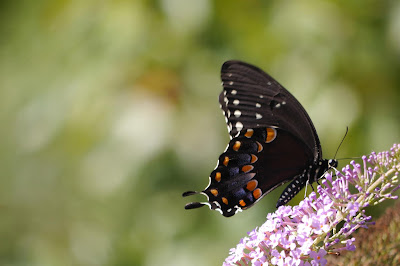 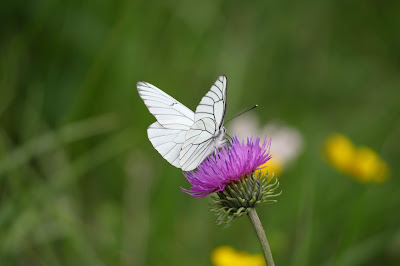 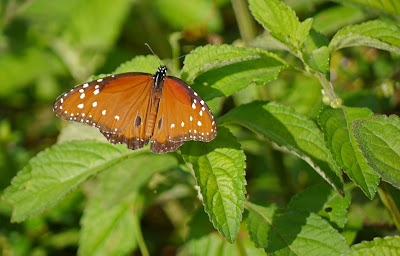 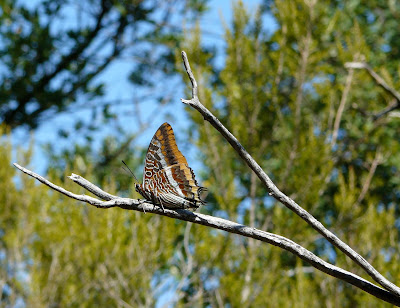 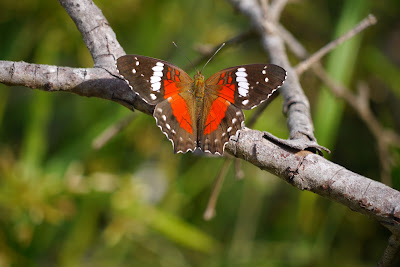 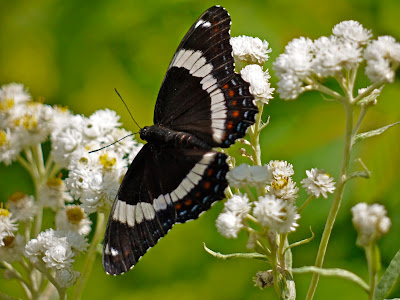