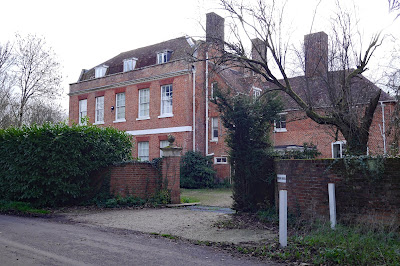 The final leg of the Test Way. We set off from Lee and followed a path which quickly diverged from the river. It soon brought us to the village of Nursling, with the impressive Georgian Nursling House on the right hand side and the lovely 13th century church of St Boniface almost opposite. 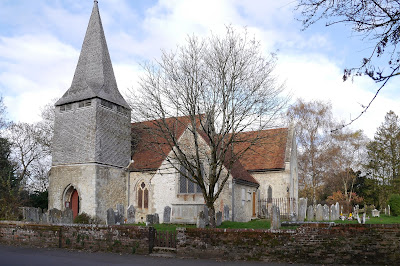 To be honest, the next section was fairly grim. We were now within earshot of the M27 and had to walk along church lane parallel to it then cross over and walk along the other side to regain our southerly line of walk.

We eventually emerged into open country, albeit with numerous power lines, and skirted the Lower Test Nature Reserve with its perimeter board walk and reportedly excellent wildlife in the extensive reed beds. 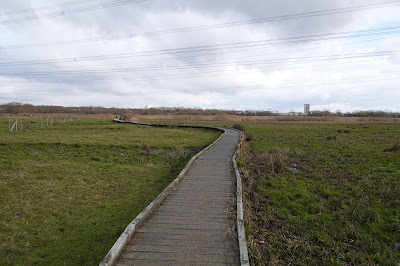 We then crossed quite a wide stretch of the Test ... 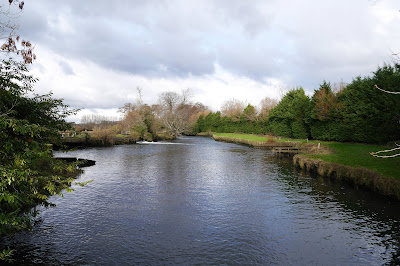 ... and arrived at Totton. I rather liked this square house on the very edge of the town. Maybe it was once a gate house? 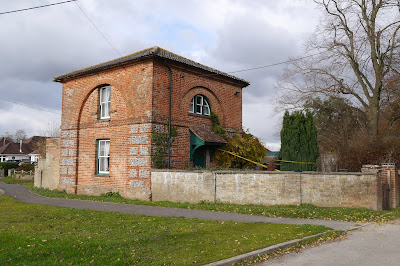 We plodded through Totton along streets of 1930s houses - not my favourite period - through the town centre and across a park to finally reach the end of the walk at the celebrated Eling Tidal Mill. (The Toll Hut is in the foreground.) 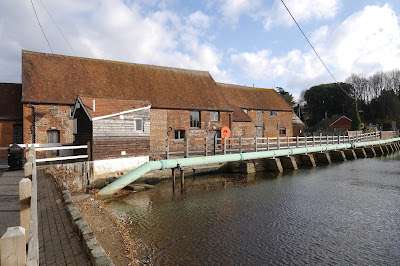 The mill has been operational since at least the 15th century and continues in use today. The only other operating tide mill is in Woodbridge in Suffolk (there is another former mill, now the yacht club HQ, at Emsworth near Portsmouth).

This is the view inland from the bridge. 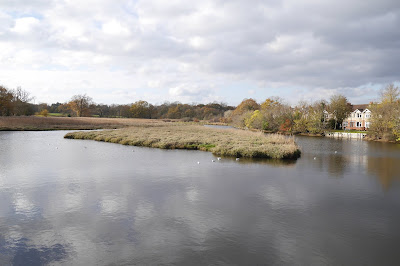 And here is the view along the tidal section, actually a creek leading into the Test, which soon flows into Southampton Water. 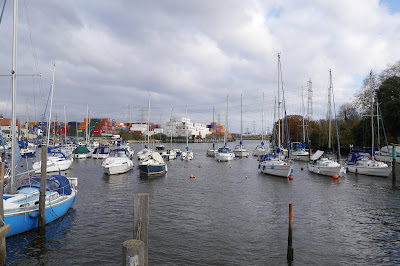 Conditions: grey with a threat of rain. 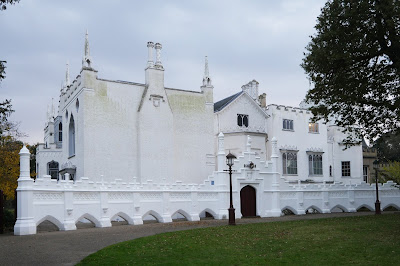 Strawberry Hill: the side facing the road

I have known about Strawberry Hill ever since I read a history of English architecture many many years ago: it was famously the first gothic revival building. Sometimes the name "gothick" is used instead, suggesting a kind of phony, imitation, superficial gothic. I have always wanted to see it but it is only relatively recently that it has been restored and open to the public. In fact it was publicity about the Lost Treasures of Strawberry Hill exhibition (open until 24 February 2019) which alerted me to the possibility of a visit.

Horace Walpole, the youngest son of Sir Robert Walpole (usually seen as Britain's first Primer Minister) bought a house called Chopp'd Straw Hall, which sat in 5 acres of land, in 1749 and set about remodelling and extending it. He also renamed it Strawberry Hill.

Walpole lived at Strawberry Hill until his death in 1797. He was renowned as a letter writer, an antiquary, an essayist and a novelist. The Castle of Otranto is his best known work. (The castle is still there - we visited the town four years ago.)

Walpole's collection remained intact until it was sold by auction in 1842. In 1923 the house became part of St May's College, Twickenham (now St Marty's University). In 2007 it was leased to the Strawberry Hill Trust for restoration and eventually opened to the public in 2010.

I arrived mid afternoon and first studied the side which faces the road across a grassy area. It is conspicuously asymmetrical - the picturesque look being one of Walpole's goals.

The way in is around the left side and here there are picturesque, vaguely moorish windows with stained glass and various forms of decoration. 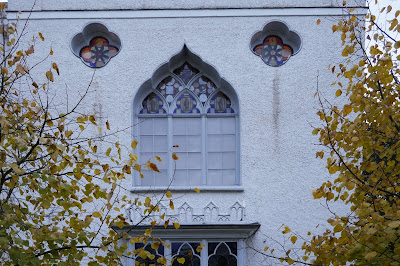 The rest of this side has similar features with castellations of a sort and gothic finials behind. Frustratingly, the light was already beginning to go. 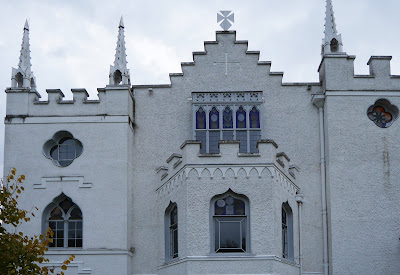 Heading diagonally away from the house gave the most comprehensive view with a lareg round tower at the back and a large bay on the left hand side. 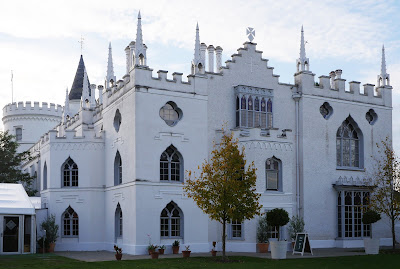 The view looking up to the corner was throroughly picturesque. 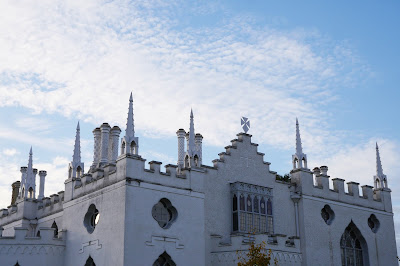 Across the grassy area was a replica of the Scallop Bench which was a celebrated feature in Walpole's day. 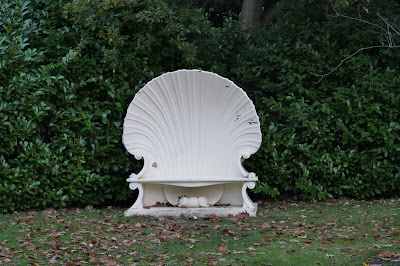 Now I went in to explore the interior. I was immediately confronted with a great disappointment. No photography was allowed because of the Lost Treasures exhibition (apparently an insurance requirement).

The interior was a delight and I will just have to cover it in a few choice words. The entrance hall and staircase were charming and led to the wonderful library with its gothic tracery bookcases and elaborate ceiling.

Then there was the gallery with its entertaining fan vaulted ceiling. This was noticeably gothick, being made out of papier maché and looking rather insubstantial. It was at least based on a historical example (the aisle of Henry VII's chapel in Westminster Abbey). The round drawing room was also rather appealing.

I haven't said much about the exhibition. It was a wonderful idea to reunite various items with the house they were originally acquired for, but I am not sure that most of the items were all that exciting in themselves. Well, I suppose the stone Roman eagle was pretty impressive and I liked Reynolds painting of Walpole's nieces.

A piece in the Guardian was more enthusiastic and embraced the theory that the odd picture of a young man and Walpole's lack of children meant that he was perhaps gay. But so what?

Rating: five stars. I will have to go again to really get to grips with the interior and take some pictures for a proper memento.