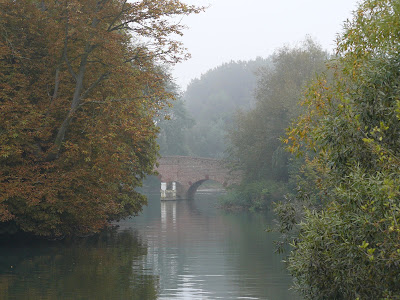 
We undertook stage 10 of the BBC's Berkshire Way on a misty Saturday morning. The stage runs from Reading Bridge, via Sonning, to Ashenbury Park in the Reading suburb of Woodley, a distance of 5 miles.

You go under Reading Bridge and follow the Berkshire bank of the Thames past Caversham lock, over the point where the Kennet joins the Thames and along meadows behind the Thames Valley business park, wondering if the employees of Oracle come here to enjoy their sandwiches in the middle of a busy day.

After passing Sonning Lock - busy even now, presumably hellish in summer - you leave the Thames path in sight of Sonning's eighteenth century brick bridge and head south-east into the village.

The route first passes the delightful gothic church of St Andrew with its brick walled cemetery, the sixteenth century Bull Inn and the old High Street. A little further on you pass the Robert Palmer cottages - almshouses from 1850, given an exotic feel by the yuccas in the front garden. 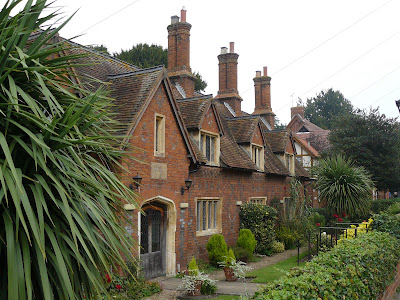 
The final section is less interesting involving a mile or so on fairly standard suburban roads to reach the car park at Ashenbury Park. Clearly however this is about the best imaginable route from Reading to Woodley.

According to the curiously impenetrable guidebook available in the church , there is evidence of a Norman building of no later than 1180. It was enlarged around 1350 and a major restoration was unertaken in 1852 by Henry Woodyer. This date can be spotted on the hopper head of one of the downpipes at the chancel end of the church. Robert Palmer, the provider of the almshouses, contributed two thirds of the cost, and was therefore a major influence on the Sonning we see today.

Pevsner says that the visual appearance of the church is Victorian and that the delightful chancel decoration (see below) is by GF Bodley from 1903-06. 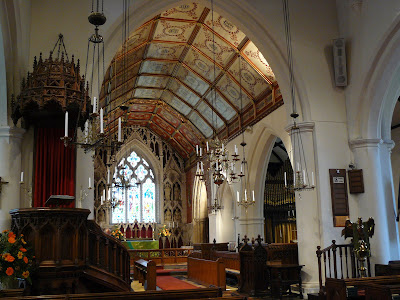 We were very surprised to see these black swans: 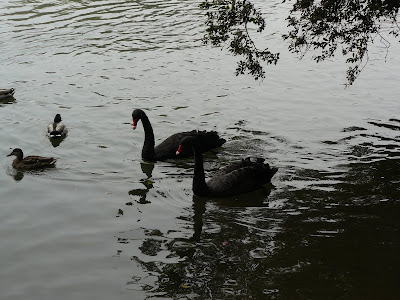 ... but less surprised to see these cormorants. I used to think the cormorant was a bird you saw by the sea, but I have read and seen the evidence that they are nowadays often seen inland by rivers and canals. This is the first time I have seen three together though. 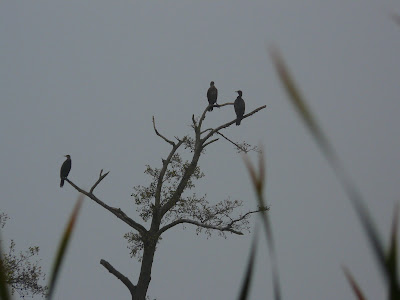 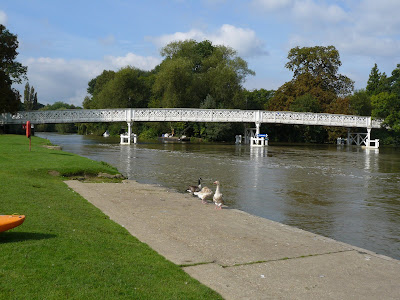 
Stage 9 of the BBC's Berkshire Way runs from the centre of Pangbourne to Reading bridge, so at last it was possible to leave one car at Reading station and take a 10 minute train ride to Pangbourne. The seven mile route joins the Thames at Pangbourne meadows, with Whitchurch bridge to the left (more on the bridge below). 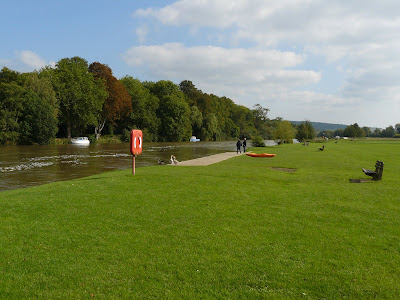 
The walk is then in three distinct stages. The first follows a series of meadows becoming progressively more rural, with lovely hilly country on the opposite (South Oxfordshire) bank of the river. This was one of the most populated sections of the walk, more so even than the Ridgeway. After a while there is a view of the Tudor Hardwick House on the opposite side and then you reach Mapledurham lock with Mapledurham House largely invisible on the opposite bank. Apparently it has been claimed that both houses were the inspiration for EH Shepard's illustrations for Toad Hall in the Wind in the Willows.

On reaching Mapledurham lock, the second stage of the walk begins: you head away from the river and cross the heavily built up area of Purley. This was inevitably the least enjoyable part of the walk and to make it worse I misread the directions and condemned us to an extra mile of subrban streets.

After escaping from Purley the route rejoins the Thames at the very edge of Reading and follows the river all the way from there. It eventually reaches the Thameside promenade at Caversham bridge, with its hordes of swans and geese responding enthusiastically to donations of bread. 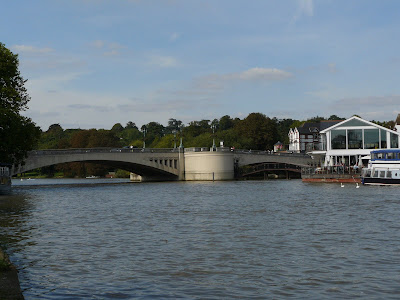 
The final section to Reading bridge, the more interesting of the town's two bridges, is more built up. Turning right at the bridge brings you the back entrance to the station. 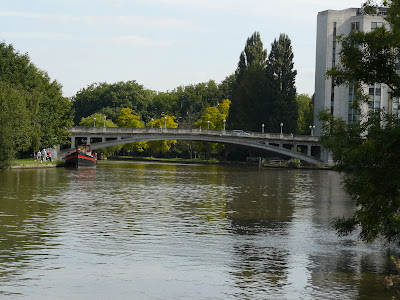 
Rating: three stars. Lovely at the beginning, but the middle section and much of the final one weren't much fun.