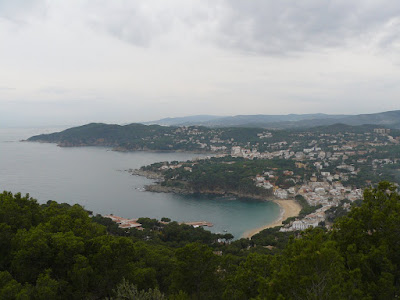 View over Llafranc and Callella


When we were in the Costa Brava earlier in the year we walked south along the Cami de Ronda, or coastal path, from Llafranc to Golfet, via Callella de Palafrugell. This walk starts a few miles to the north of Llafranc at the San Sebastia lighthouse, from which there are wonderful views back over Llafranc and Callella.

You initially pass the San Sebastia hotel, converted from a former fifteenth century watchtower and a sanctuary which was added in the eighteenth century. 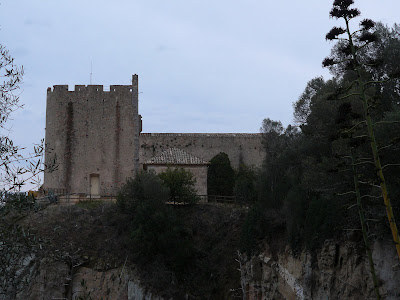 The path proceeds along the cliff top high above the sea ... 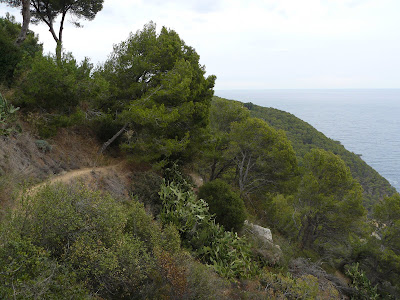 ... and then through some woods and then further inland, along a track parallel to the coast.

Eventually, you turn right towards the sea and make the long winding descent to the cove of Cala Pedrosa. 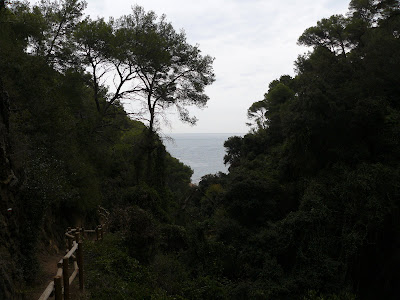 Cala Pedrosa is pretty cove with a pebble beach and - rather surprisingly - a cafe, shut of course for the winter. A helpful sign on the path inland describes an initiative to eradicate invasive flora and recreate the natural ecosystem. 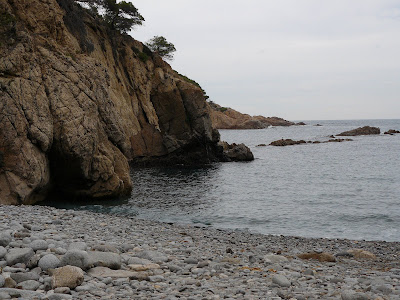 Out to sea, on the rocks, are the seemingly inevitable cormorants.

We were struck by this splendid mushroom, about 9 inches high: 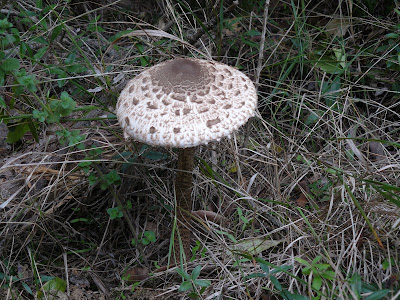