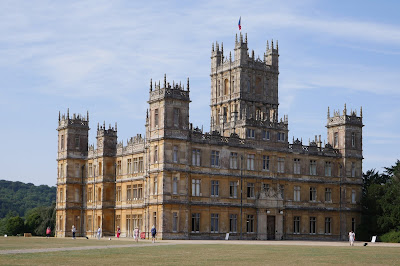 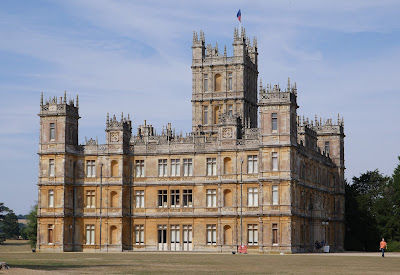 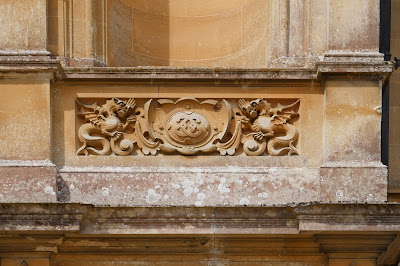 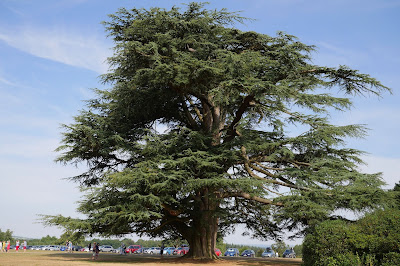 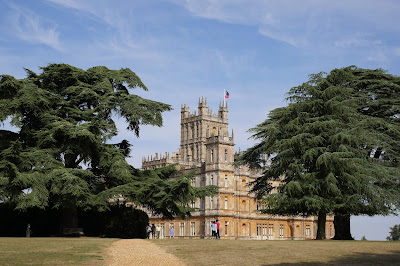 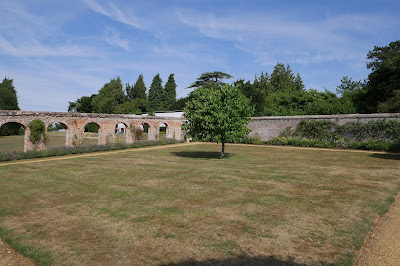 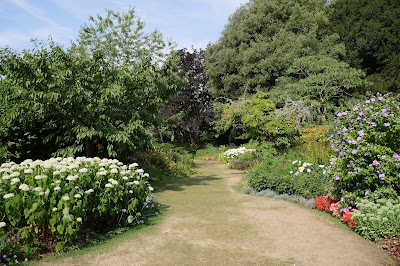 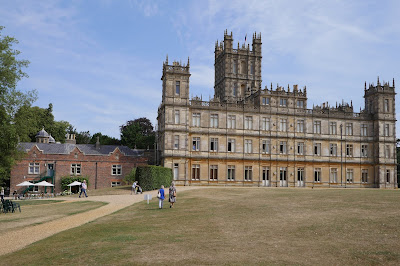 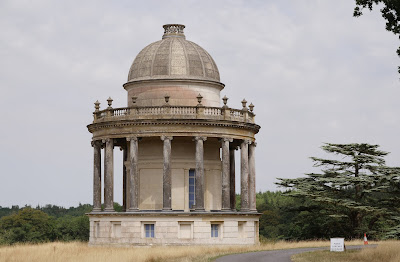 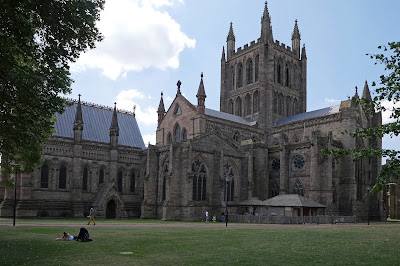 I have been pursuing an occasional project to walk in all of England's 51 cities and I decided that a visit to Hereford was overdue - it is the southernmost city that I had never been to. I found this route on the AA website. I parked in Widemouth Street and headed along the street to quickly find the first of many almshouses: Coningsby Hospital. 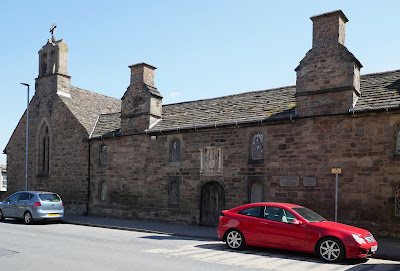 It was built in 1614 on the site of the chapel and hospital of the Order of St John and restored in the 1980s. 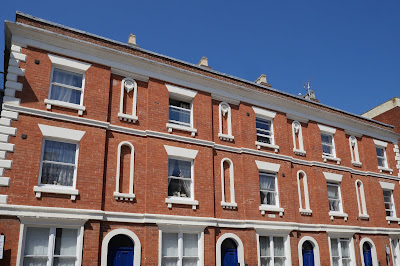 Union Street led to a Georgian building known as Shire Hall. It was built in 1819 by Charles Heather under the instruction of Sir Robert Smirke on the site of a former Gaol. It is now the Crown Court. 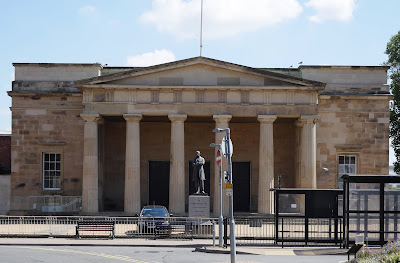 St Peter's church is on the right hand side of the square. St. Peter's is the older of the two remaining medieval parish churches in the City. The tower, with its fine spire, is late 13th century. 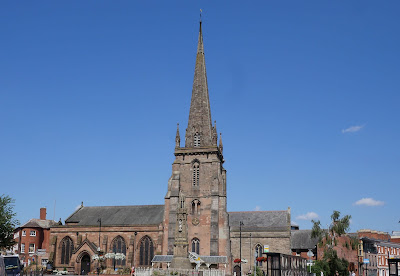 I departed from the AA route here and turned left along St Owen St, passing Hereford Town Hall. It dates from 1904 and the architect was H.A. Cheers of Twickenham. The building is currently being refurbished. 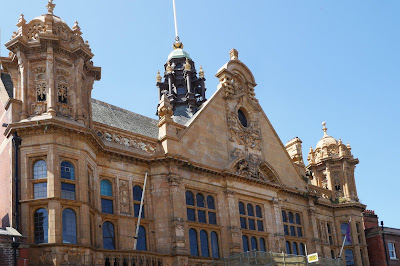 Near the end of the street are two sets of almshouses: first Williams Almshouses, which were rebuilt in 1678 and again late in the 19th century ... 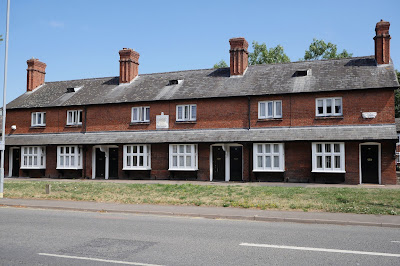 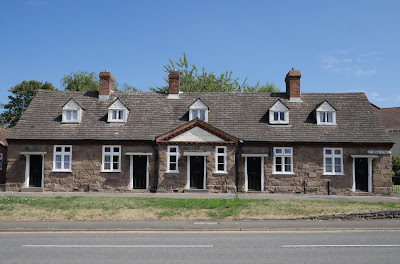 I retraced my steps along St Owen St to reach High Town where the splendid Old House (now a museum) stands. 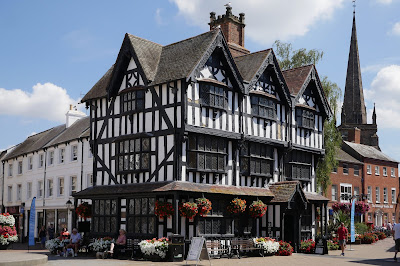 Nearby is a Hereford bull. 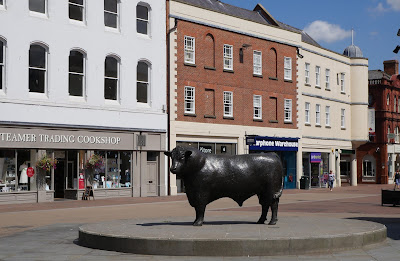 And along on the right hand side is the Market Hall. 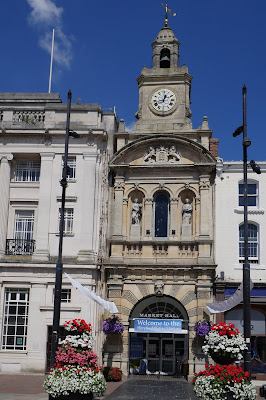 A left turn down the narrow Church Street led to the Cathedral precincts, although on emerging my attention was caught by the High Victorian Library over to the right. 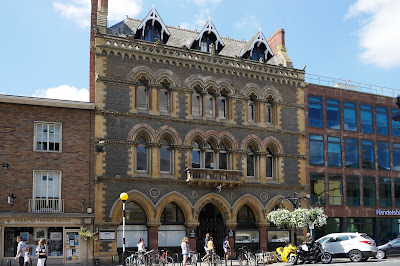 I couldn't get a clear picture of the west front and perhaps this wasn'ttoo much of a loss as the west tower collapsed in 1786 and was rebuilt during the 18th century by the architect Thomas Wyatt who altered rather than simply restored it. So this was my first proper view of the Cathedral, looking at the Gothic north porch, a relatively late addition dating from around 1535. 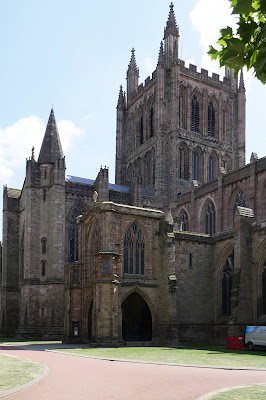 Inside however the arcade of the nave was all solid round Norman columns with wonderful patterned arches. 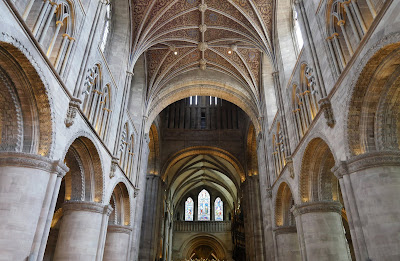 The South Transept was one of the oldest parts of the church, although the rather lovely tapestries are by John Piper. The Tree of Heaven tapestry was made by Ibenstein Weavers of Dordabis in Namibia to Piper's designs and installed in 1979. 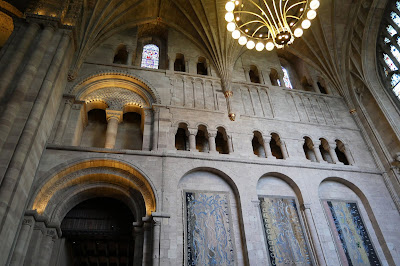 I left the Cathedral having failed to see the famous Mappa Mundi - unfortunately closed on a Sunday - and continued the route along Castle St, passing St Ethelbert's Hospital, a 14th century foundation, rebuilt in 1805. 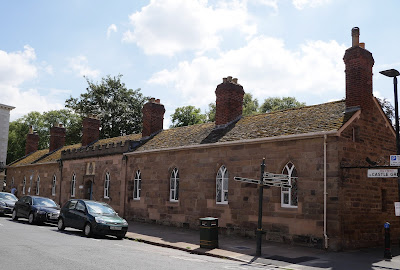 Now the route led down to the river, passing this wonderful house of 1823. 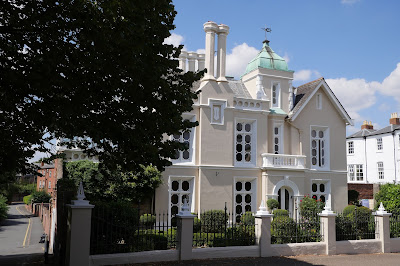 On Castle Green there was Nelson's Column - this one dating from 1809. 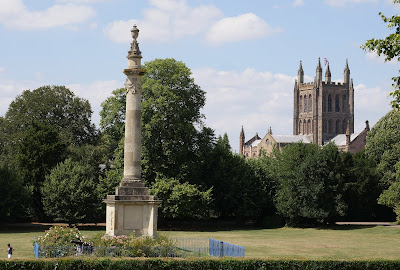 I crossed the delightful Victoria foot bridge over the River Wye ... 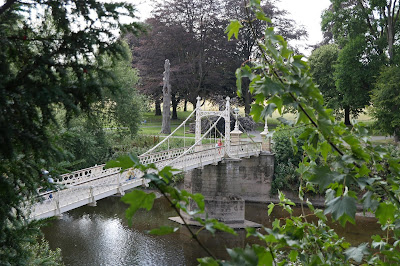 ... and continued along the opposite bank under Greyfriars Bridge, with a nice view of the Cathedral behind. 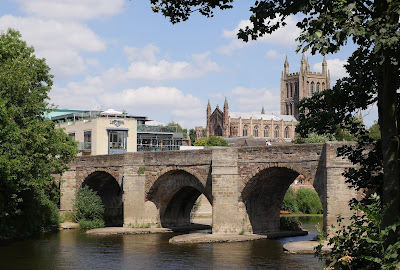 The riverside section continued as far as Hunderton Bridge, once a railway bridge but now pedestrianised. I returned to the town centre via the opposite bank. It was pleasing that the final section was along one of the few remaining sections of the original city wall. 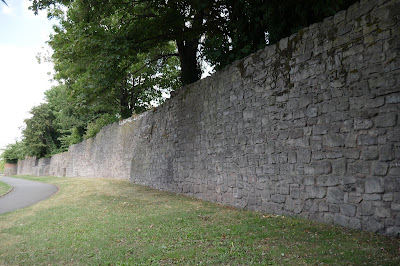 From: AA website. A clear and well-described route, but a bit more information on what you are seeing would make it even better.

Rating: four and a half stars. A delightful and varied walk.