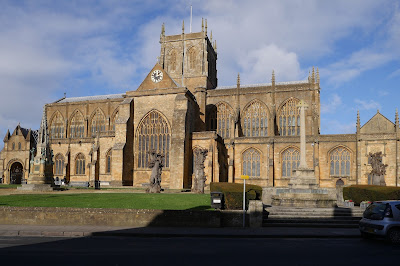 It was a beautiful, sunny winter's day as we visited Sherborne on our way home from Poole. We had a nice walk route to follow from Dorset Life magazine, but we decided to go off piste first by walking away from the town to see if we could a view of the town's two castles (we knew they wouldn't be open). The new (Tudor) castle is almost entirely hidden by trees, but we did get a reasonable impression of the old castle (built in the early 12th century and ruined during the Civil War) from the road. 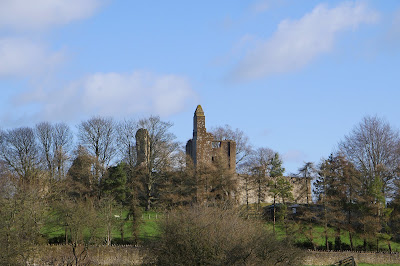 We tuned left and headed towards the town centre along Long Street. This proved to be interesting and picturesque and we enjoyed this fine Georgian mansion, The Red House. 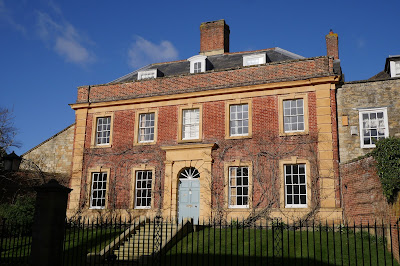 Soon, on the left, was the former C19 Whittle & Co brewery, now tastefully converted into apartments. 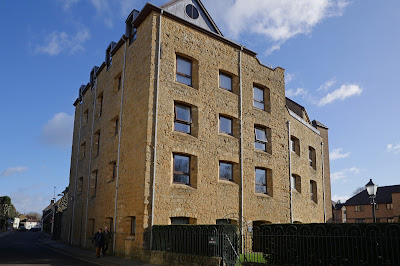 Further along, almost at the town end of the street, was this rather wonderful pair of houses. 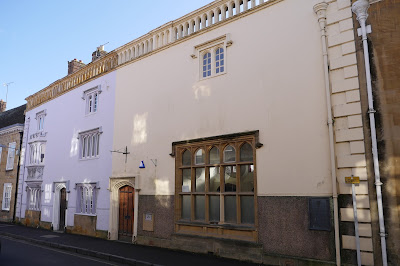 We crossed Cheap Street to visit the Abbey (photo at the head of this post). The original abbey church was built as a cathedral, until the bishop moved his seat to Old Sarum in 1075. The church was rebuilt after a fire related to riots in 1437 in the Perpendicular Gothic style. After the dissolution of the monasteries the monastic building, including the abbey were bought by the town for use as a parish church.

Inside the Abbey we were especially impressed by the beautiful fan vaulting in the nave and by the Great West window. 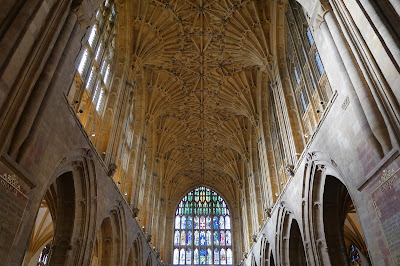 Just to the left of the Abbey are some of the buildings of Sherborne School, but there was no real photographic opportunity. Also nearby is the almshouse of St John the Baptist and St John the Evangelist, built in 1438-48. It is a handsome and picturesque grouping. 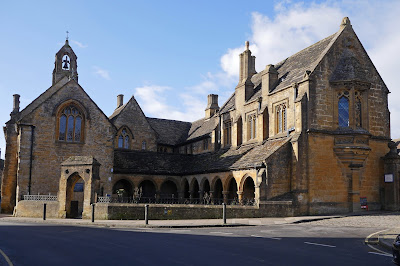 We then made a brief detour down Digby Road to see The Digby, once a grand hotel and now an independent school. The Digby family were the owners of the Sherborne Estate, which included the new Castle. 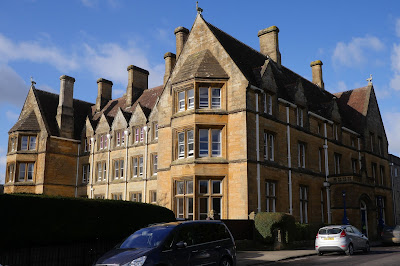 We retraced our steps as far as the Abbey, past the interesting Church House Gallery, a long-house built 1530-34, with a row of shops at street level and a hall above.  This brought us to Cheap (Market) St, where we headed north, admiring the rocket-like spires of the Methodist church of 1841. 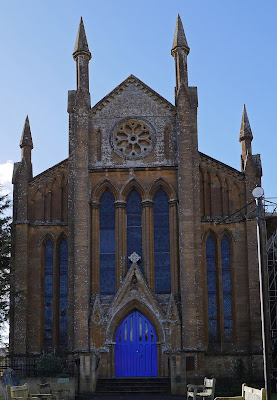 Further along on the left was this fine half-timbered house, Abbeylands House. 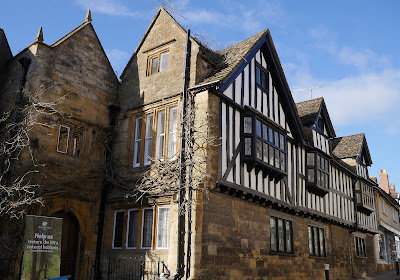 We then turned left into Hospital Road and admired the rather battered, but still beautiful, front of a Georgian mansion. 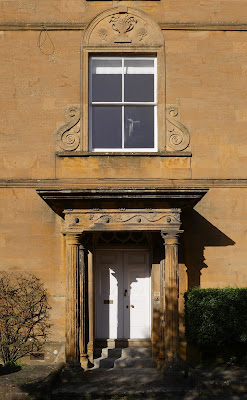 This took us past more School building and brought us to The Green, a sort of irregular square. On the opposite side was the New Inn, built in the 15th century to relieve the monastery of its duty to provide accommodation for travellers. 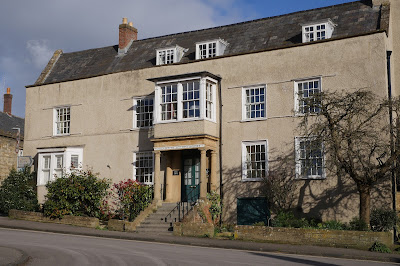 We headed down Higher Cheap Street, passing this picturesque grouping on the left ... 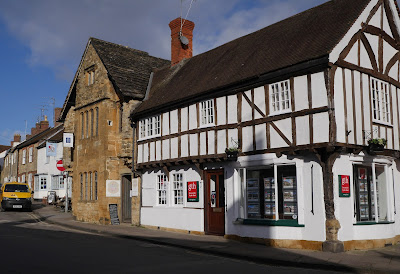 ... and then followed Cheap St and South Street to return where we had parked near the station.

Distance: three miles or so.

Rating: four stars. We will return, in season, to see the two castles.
Posted by PH at 22:45 No comments: