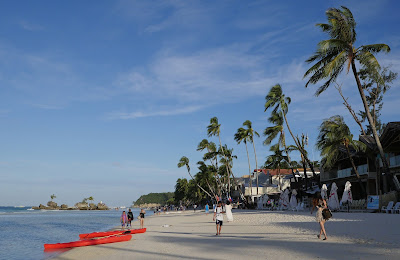 We are in Boracay for our son's wedding and staying in a hotel which backs on to its famous White Beach. Boracay is a small island (about seven kilometers long and less than a kilometer wide at the narrowest point) shaped like a classic dog bone. It is off the north-western coast of the large island of Panay.

The White Beach extends for about four kilometers up the west side of the island and is divided into three "stations" or sections: Station 1, where we are staying is the quietest and perhaps most upmarket, Station 2 is the centre of tourism and Station 3 is more basic. This post describes a short walk to the end of White Beach. A feature of Station 1 is that bars, hotels and restaurants back directly onto the beach - the main road is directly behind them.

We set out early in the morning when the beach is uncrowded, although the beach vendors are already trying to sell you hats, selfie sticks and waterproof bags. An outrigger boat used for trips to Ariel Point, a well-known diving rock is moored offshore. The picture below was taken on another day when the tide was out to illustrate the beautiful gradations of colour at low water. 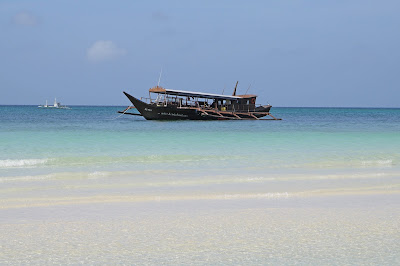 A bit further along the beach the occasional boat is waiting by the water line. 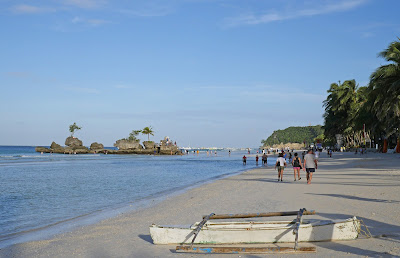 Soon we reach an isolated rocky projection into the sea. It is hard to understand what it is doing there. On the landward side there is a small statue of the Virgin Mary which attracts a stream of visitors: the Philippines is a predominantly Catholic country. 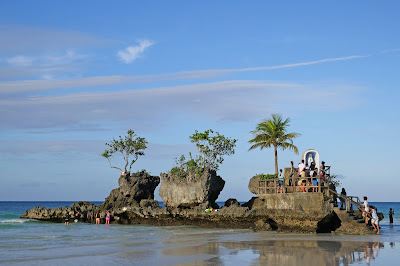 Further on, out to sea a little way, we see the first of many people on a paddle board. It looks so elegant and effortless, but later we will see beginners trying mightily just to stand up, let alone paddle - most are unable to. 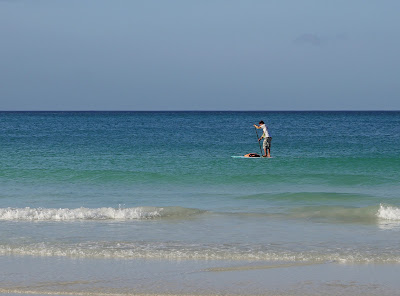 The beach has become wider now and larger hotels begin to predominate. There are more trees too. 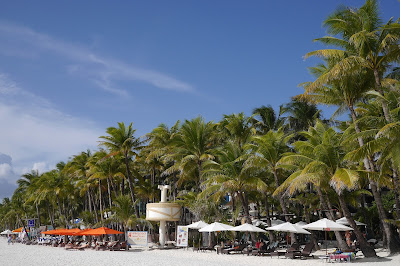 Gradually we approach the end: it is much less developed and there are fewer people. 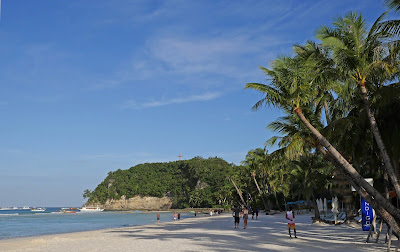 At the end a narrow rocky path leads round the headland to Dinwid Beach, where the wedding will take place and we see a new butterfly species, the only one we will see on Boracay:  it is a curiously-named Great Egg-fly. 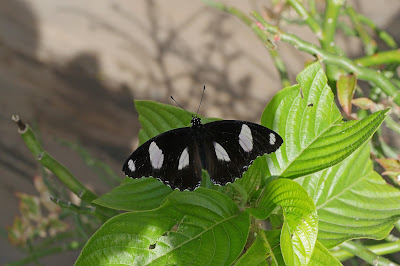 We walk back along the beach, which gets gradually more crowded as the day wears on. By 5 pm it is really quite busy, being used as the main thoroughfare for pedestrians heading to and from the other Stations. It is much preferable to walking along the road which is busy with tul-tuks, motorbikes and minibuses.