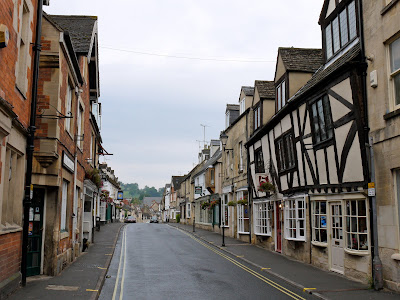 
We are building some momentum now on the Cotswold Way. Last week we walked from Stanton to Hailes Abbey and today we headed on to Cleeve Hill. Initially the route from Hailes took us across fields grazed by Black-faced sheep and later onto a track which led to the B4632 on the outskirts of Winchcombe. We walked into Winchcombe up the long main street, admiring the fascinating miscellany of old houses.

We departed from the official path to visit St Peter's church: a classic wool church which dates mainly from about 1465, although subsequently restored 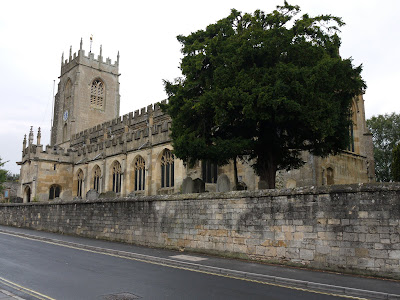 And then carried on for an enjoyable lunch at the Corner Cupboard pub. We soon rejoined the path and began a long climb past the town cricket club and across parkland. There were fine views back towards Winchcombe all the way up. This one was taken at the top. 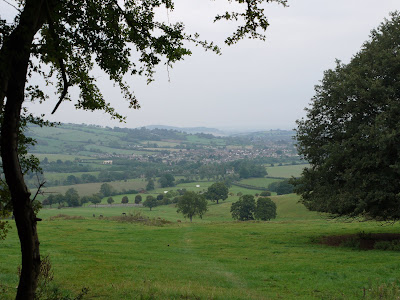 It was also possible to see, from afar, Sudeley Castle, which dates from the early 15th century. 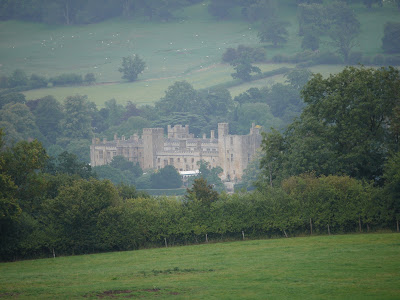 After a path by the road, a climb through woodland and a field path you reach Belas Knap, an ancient long barrow. It is higher at one end than the other and has an apparent entrance at the high end (in the photo) and a real one mid-way along its length. It was of course a burial mound and dates from around 2500 BC. 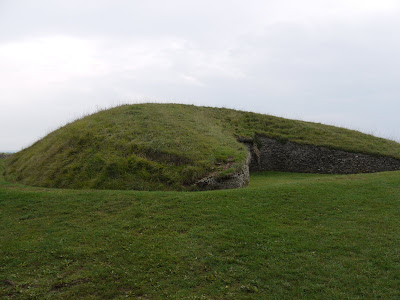 The route now goes across fields and then along a track which begins an alarming descent (alarming because you know that a corresponding ascent must surely follow). A fine view of Cleeve Common opens up, with a deep valley in between. 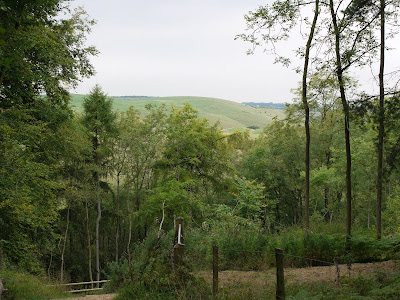 We duly descended and followed a winding route which after a while produced a wonderful view of the harmonious Postlip Hall. It looked Jacobean and Pevsner confirms that this is indeed the case. It seems that the hall is now divided into separate properties. We also caught a glimpse of the stone 15th century tithe barn. 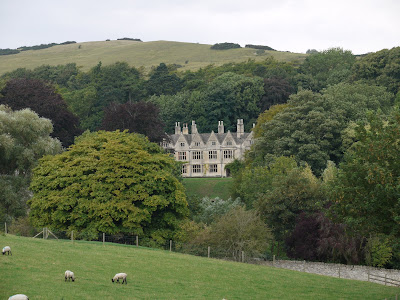 After rounding the Hall we climbed up to Cleeve Common .... 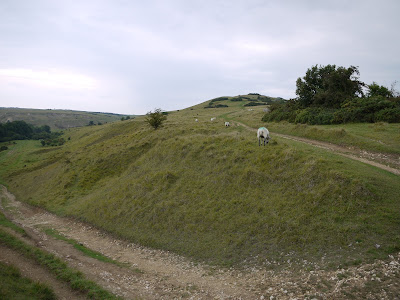 ... skirted the golf course and reached the car park to complete this excellent leg of the walk.

Conditions: showery, with some warm spells.

Maps: Explorer OL45 (The Cotswolds) and 179 (Gloucester, Cheltenham and Stroud).

Rating: four stars. Varied, wonderful views. Town and country in a single walk.
Posted by PH at 10:20 No comments: