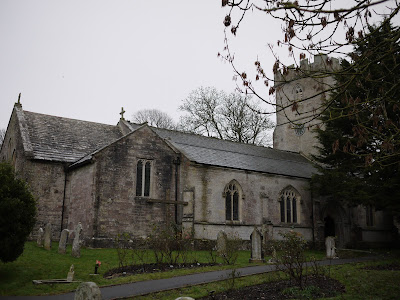 A day trip to Poole, and we decided to do a walk which could be loosely described as "on the way". This triangular walk starts at the church at the far end of Winfrith Newburgh, a pretty village of the "long" type: all arranged along one main street. You start by walking back along the street past a selection of charming thatched cottages and turn right past the village school. This road heads east, turning into a track and then a path across a vast field to reach a dairy farm.

Here you turn right (south) and follow a permissive bridleway up a long incline, with increasingly fine views behind you. When this reaches Lulworth Common, you turn sharply right along Winfrith Drove. This is a very pleasant narrow track which winds its way mainly downhill, through a narrow strip of shrubbery. Not at all like a typical Drove - normally a wide and grassy track.

We were slightly surprised to find that had we kept on along the track we were on, we would have eventually reached West Lulworth and then Lulworth Cove - clearly, we haven't mastered even quite basic Dorset geography. But this sounds like an interesting idea for a future walk.

We followed the Drove to join a farm road and go past another dairy farm, where there were very appealing views to the south west. 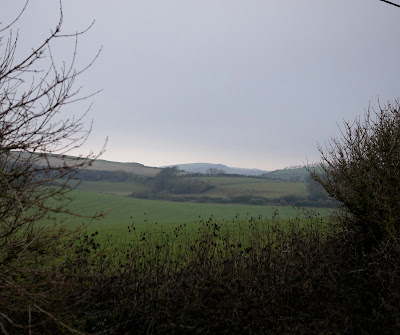 Eventually the track reached the village opposite the red brick Georgian Manor House. We puzzled over the basic lack of symmetry: three large windows, with two smaller ones to the left. Pevsner confirms our conclusion: an extension.

We now walked back to the church along the main street. 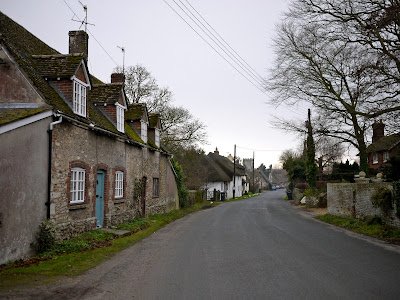 And we concluded our walk with a quick look at the church, which the walk description said was mentioned in the Domesday book. Not this building however, which is essentially Victorian (1854, says Pevsner), although it does have a fine Norman (or Norman style) doorway. 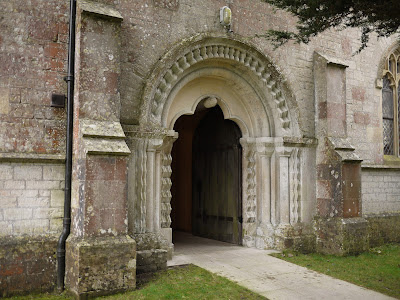 Rating: three and half stars.
Posted by PH at 15:04 No comments: