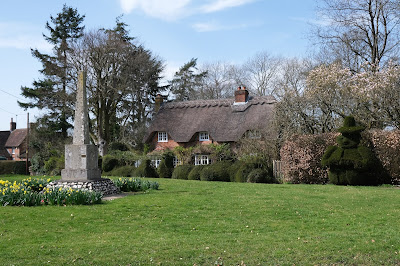 Today's walk is a new departure in that I found it fully-formed on the OS Map I was looking at - the first walk based on reading a map than following a book or following signposts of a Long Distance walk. We parked near the War Memorial and headed north east along the road to reach the Wayfarer's Walk after half a mile or so.

We turned right onto the track, avoiding a couple of people on small motorbikes. All quite legal apparently - only three or more wheelers are banned. 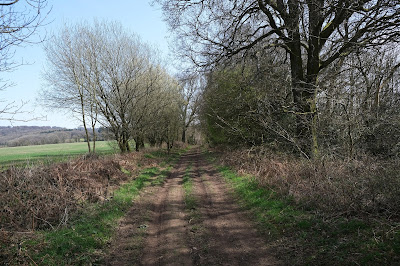 After a very short while we began to have clear, but reasonably distant, views of Highclere Castle. Close ups of the Castle can be found here. 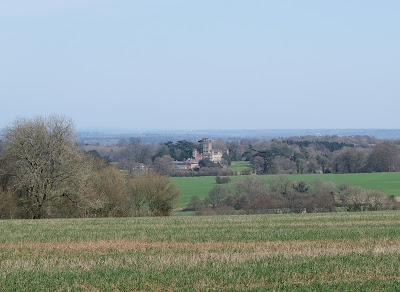 We crossed the A343 and soon passed Grotto Lodge (seemingly named for the woods on the right of the track, Grotto Wood). The rather pretty lodge is one of the entrances to Highclere Castle. 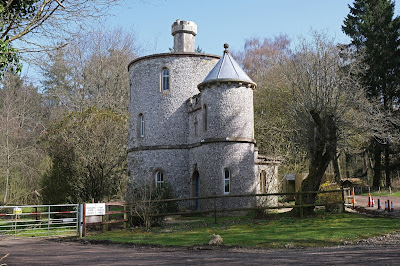 We emerged from the wood into lovely open country with lovely open views to both the east and the west. 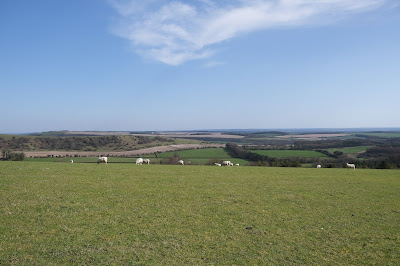 It was striking that not a house could be seen in either direction. 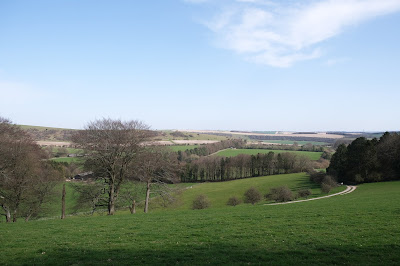 After about 2.5 miles we turned right, leaving the Wayfarer's Walk, and before long turned right again to head towards the village of Crux Easton. We walked across fields, skirted a wood and crossed a minor road. Two further fields brought us to the edge of Crux Easton. It is a scattered settlement with some large houses, including a manor house. Sadly, we had a deadline to meet and so we couldn't really explore, but we did stop to photograph this interesting structure. 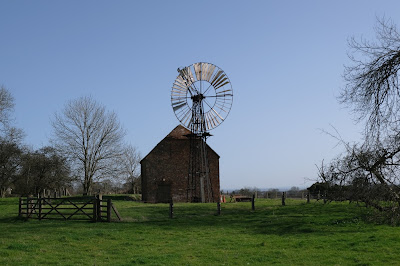 It is the Crux Easton Wind Engine. A helpful sign explained that it is a "John Wallis Titt 'Simplex' self-regulating geared wind engine" and dates from 1891-92.
We headed downhill through the village and crossed the A343 to descend to a wood and then climb steadily through it and across a field to reach the road leading back to the War Memorial. It felt a bit harsh to finish with a steep climb! But then Ashmansworth has the distinction of being highest village in Hampshire.
Conditions: bright and sunny.
Map: Explorer 144 (Basingstoke, Alton and Whitchurch).
Distance: about 5 miles.
Rating: four stars.
Posted by PH at 19:17