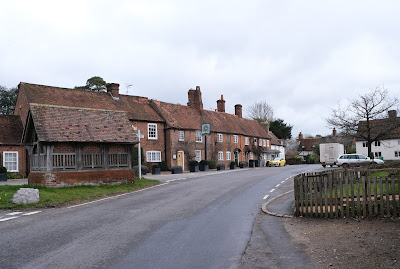 A relatively local walk with my friend Merv. Ange and I did a version of this walk last May, but in the reverse direction. We parked (separately) in the car park at Yattendon and headed north skirting the centre of the village with the the Pump House (now a bus shelter) on the left which was the work of the great Victorian architect, Alfred Waterhouse. Behind it can be seen the Royal Oak pub, closed now of course but said to have a very good restaurant.

We quickly left the village and headed along muddy field-edge tracks, all part of the Yattendon Estate. The fields are all staggeringly large. We eventually reached a road junction with the B4009 and admired the line of trees which leads along the lane towards Ashampstead. 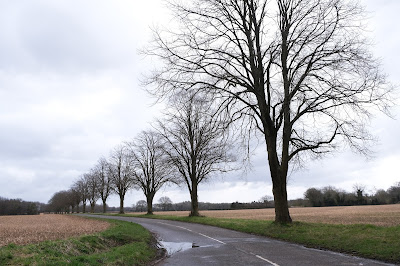 We didn't follow this lane but instead headed north east through a more wooded area to reach Ashampstead Green. We turn right and reached the edge of Ashampstead where I was delighted to see this delightful red brick tower nestling in someone's back garden. I spotted a similar structure nearby on the previous walk. 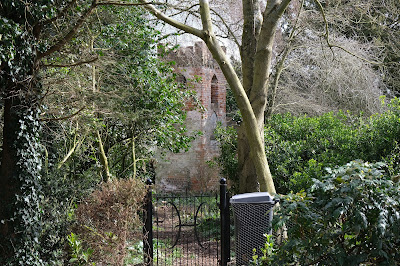 We walked along the road to pass the 13th century church of St Clement. It is currently closed, of course, which is frustrating as it has the most complete set of medieval wall paintings in Berkshire. 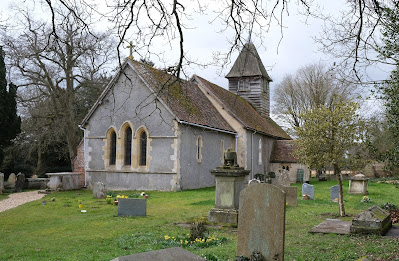 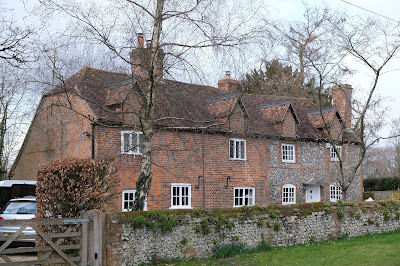 We continued southwards along the lane and then took a right to walk along an area of abandined farm buildings. We walked along the edges of several large fields (back in the Yattendon Estate) and emerged through an area of woodland to reach the church. The church of St Peter and St Paul dates from about 1450. 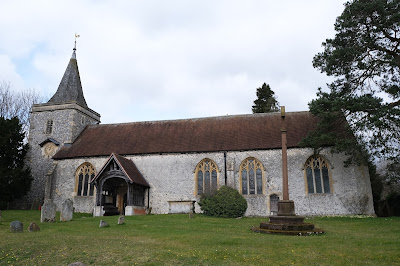 I was quite taken by a rambling house on the other side of the road. Walking away from this house brought us back to the village centre. 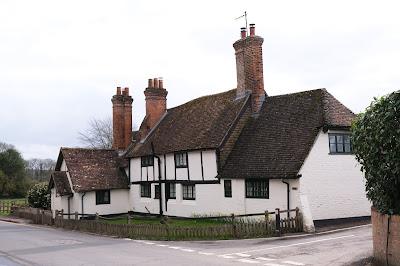 Conditions: grey, but at least the threatened rain didn't materialise.

Rating: three stars. It was good to get out in the open country.