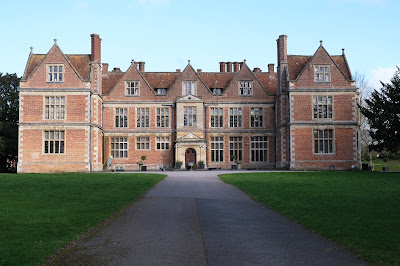 A nice walk from home to Shaw House and back. We walked into Newbury and along the Kennet and Avon canal to reach Victoria Park.

Walking across the Park we came to the Victoria memorial. I discovered on a previous walk around the town that the statue and lions were originally were originally located in the Market Place but removed in 1933 and put into storage. It was installed in its present site in 1966. I noticed today that the lions consist of two parts - you can see a line across their backs. Presumably they were cut down for storage. 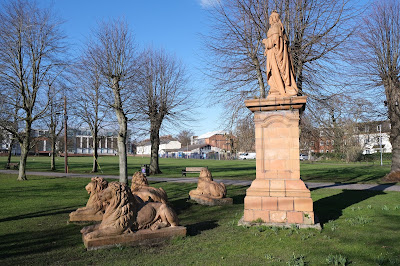 Emerging along a passageway to reach London Road, we looked left towards the interesting Roman Catholic church of St Joseph. It dates only from 1927-8. Pevsner describes it as being "Early Christian or Byzantine or Italian Romanesque" with a high campanile in a Free Renaissance design. 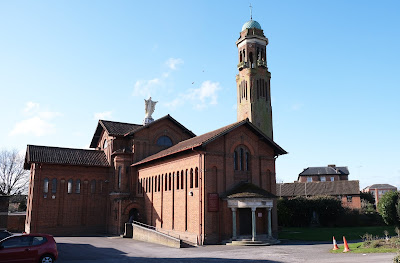 Crossing the busy road junction by an underpass we continued along Shaw Road with the rather pleasing Smith's Crescent of 1823 on the right. 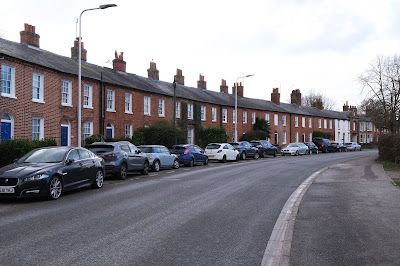 The terrace is punctuated by a single archway with, to the right, the only house in the terrace which has bay windows. 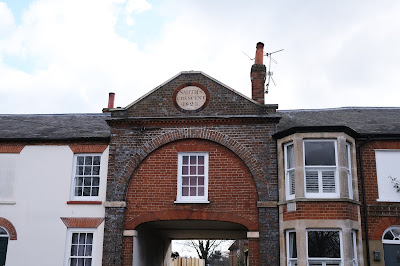 At the end we passed a former mill, which we had never previously noticed. 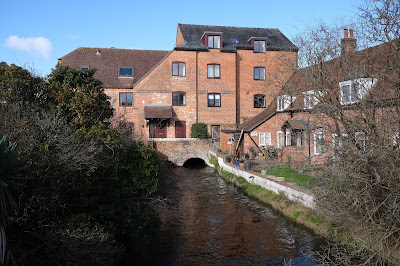 We turned left into Church Road and soon, on the right, we reached Shaw House. It was built in 1579-81 for Thomas Dolman and remained in his family until the early 18th century. It changed hands several times after that, becoming a school in 1943 and was renovated in 2005-8 to take on its current role as a Register Office, meeting place and visitor attraction.

Continuing along Church Lane we came to St Mary's church, rebuilt in 1841-2 in a neo-Norman style, which jars with the Romanesque tower. The chancel, by William Butterfield, with 13th century style tracery offers another discordant element. 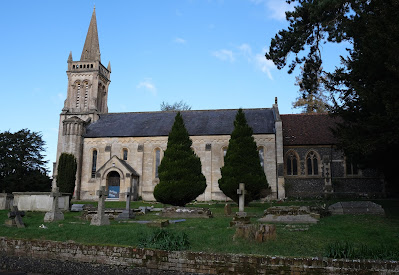 At the end of the lane we turned right effectively doubling back alongside a stream. There was a pleasant view back from a bridge and the surprising sight of a lone angler landing what looked like a trout of 2 or 3 pounds. 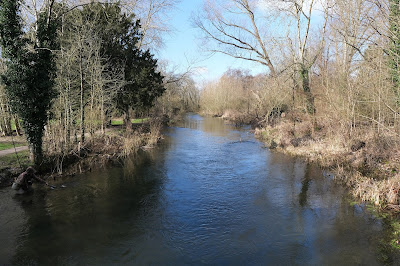 We headed along a footpath towards Smith's Terrace and enjoyed a sight of the first snow drops of the year. 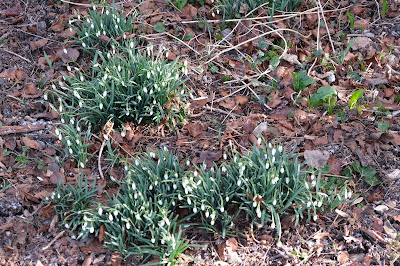 We now retraced our steps across Victoria Park to reach Newbury Bridge (1769-1772). 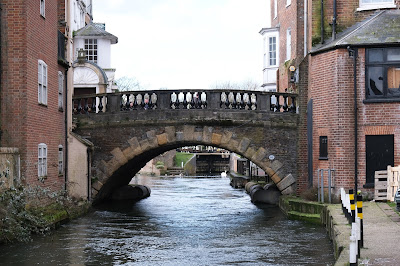 Finally, in Enborne Road we noticed this memorial to Protestant Martyrs. 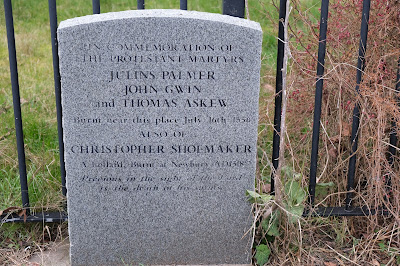 Conditions: pleasant with some sun.