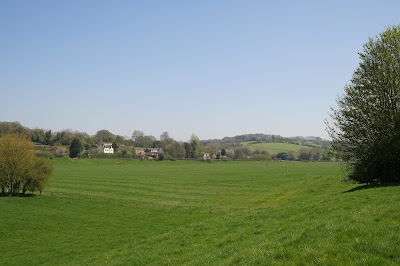 Yesterday we started the Test Way with Viv and Giles and today we did the second stage, setting off from Hurstbourne Tarrant towards St Mary Bourne. We initially followed a path parallel with the shallow valley in which flows the Bourne Rivulet.

This business with Bourns is a bit puzzling: according to the Oxford dictionary, a bourn (sometimes bourne, and often borne in place names)  is a "a small stream, especially one that flows intermittently or seasonally" (cf the Scottish word burn). So the Bourne rivulet is arguably the Bourne bourne.

We shortly turned right up the hillside of Wallop Hill Down and then walked through woodland to reach Stokehill Farm, a very attractive building of brick and rubble. 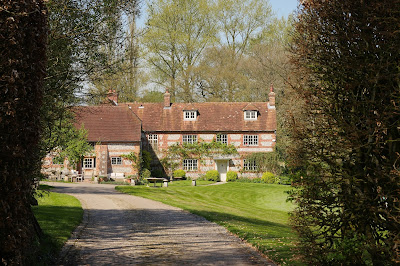 We now continued along a ridge which gradually converged on St Mary Bourne, with lovely views to the north-east ... 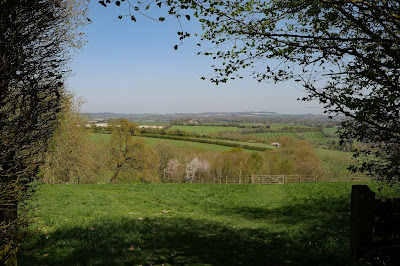 ... and later towards the north. 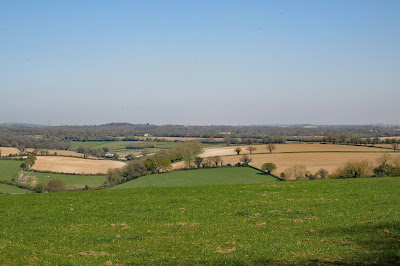 We skirted the sprawling village, going through a series of very attractive gates which had apparently recently replaced stiles. Most also had poems by children at the local primary school. 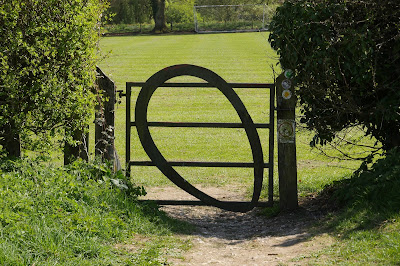 We were now on a multi-purpose track. The bottom sign, for the Brenda Parker Way, a new one for us, led us to investigate. It seems Brenda Parker was one of those tireless volunteers who help to keep the footpath network in good shape for the benefit of us all. 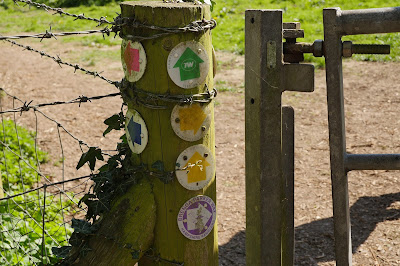 On the edge of St Mary Bourne was an attractive lake and we sat on a bench overlooking it for our lunch. A plaque revealed that it had been excavated by a local doctor intending to make a haven fro wildlife. There were certainly plenty of water birds in view. 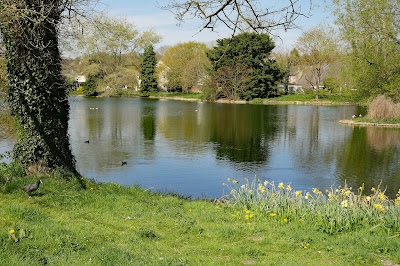 We climbed away from the village and enjoyed the view of a railway viaduct on the Basingstoke to Andover main line across the valley. 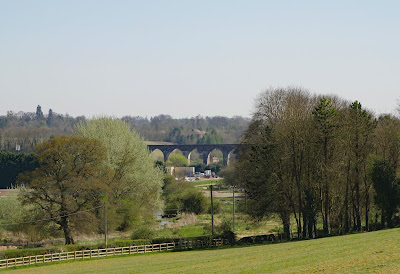 Now the landscape was of vast open fields, a very different landscape than we had experienced so far. We passed Lower Wyke Farm and crossed over a new railway bridge on the same line. We were now getting views of an extraordinary complex of buildings at what we eventually discovered was Faulkner's Down Farm. We had an amusing session trying to brainstorm what they could be 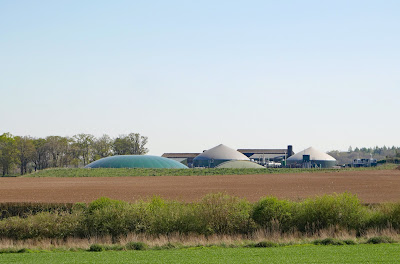 The first clue came as we got closer and saw massive quantities of sugar beet piled up in the fields on both sides of the track. Ah we thought sugar beet processing! But into what? 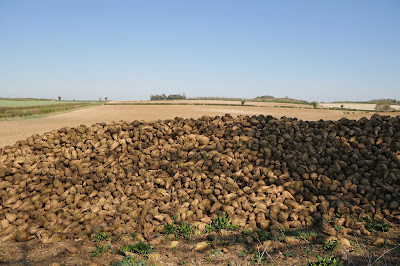 Some assiduous googling by Giles revealed what was going on. The site is owned by Aspley Farms and their website reveals that "Up until a year ago we farmed arable crops of wheat, spring barley and oil seed rape in a tight rotation. Due to decreasing margins we decided to invest in a bio digester and farm for energy. We now produce 4 products: electricity, gas, fertiliser and CO2." How interesting! Certainly, none of us had ever heard of a bio digester. However, I do wonder if growing crops to make energy is the right use for agricultural land. I will have to try to find out more and ponder it more.

Now surprisingly near Andover, we crossed a road and walked along the side of a massive field of rape extending along a valley. 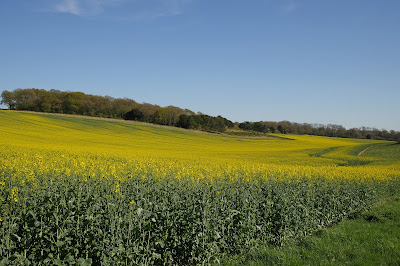 This path led into woodland and we crossed a dismantled railway which seemed to lack the usual cycle way. 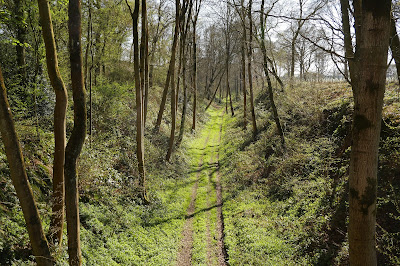 Not long afterwards we were in the aptly named Longparish, a village straggling mostly one house deep along the road for a mile and a half. There were lots of nice houses. 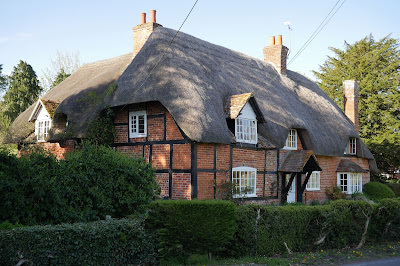 At the southern end is the huge Middleton House, an 18th century building with later additions. 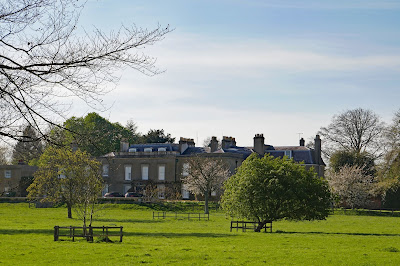 Perhaps the most eye-catching thing however was the tower of the church of St Nicholas, an attractive Tudor addition to this church of Norman origin. 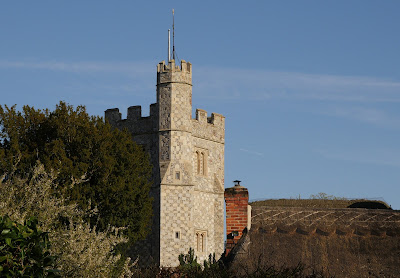 Inside, following a Victorian restoration, Minton tiles, Morris & Co glass - and this recent, but eye-catching, glass. 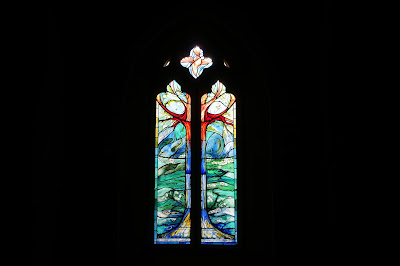 Rating: four stars. Not as beautiful as yesterday, but all sorts of things of interest. Still no sign of the Test.
Posted by PH at 10:52