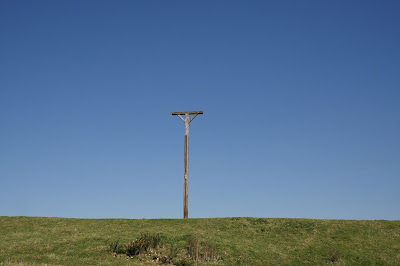 Time to start another long distance path - the not-very-long (44 miles) Test Way, which we are doing with our friends Viv and Giles. The walk begins at Combe Gibbet on the North Hampshire Downs near Inkpen, although I confess it is not clear why it starts there.

The story of the gibbet is pretty odd too. According to Wikppedia, it was erected in 1676 for the purpose of gibbeting the bodies of George Broomham and Dorothy Newman and was only  used for them. The gibbet was placed in such a prominent location as a warning, to deter others from committing crimes. Broomham and Newman were having an affair and were hanged for murdering Broomham's wife Martha, and their son Robert after they discovered them together on the downs.  Unfortunately for the lovers, the murder was witnessed by "Mad Thomas", who managed to convey what he had seen to the authorities. A replica gibbet marks the site.

Rather wonderfully, some days after this walk, Giles was overhead in his glider and took this photo to show Combe Gibbet from above. The two converging tracks coming from the bottom of teh picture merge at the car park (you can make out a couple of cars). The track continues uphill and Combe Gibbet is where it makes a detour to the left. 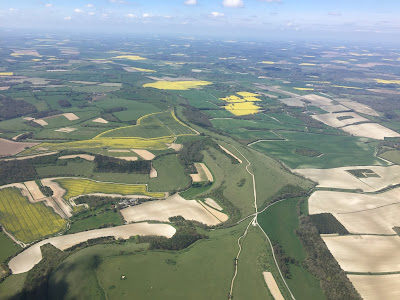 The really good thing about the starting point was the views, especially to the south, albeit partly into the sun, so not easy to photograph. 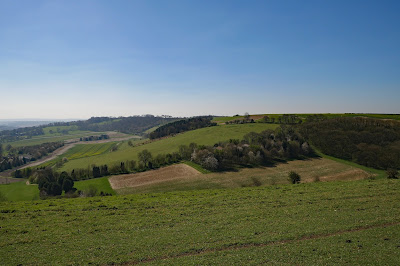 We followed the ridge westwards for a short way and then turned south, somehow managing to quickly stray off the track. The view ahead were so attractive that we focused on them rather than following the way marks. 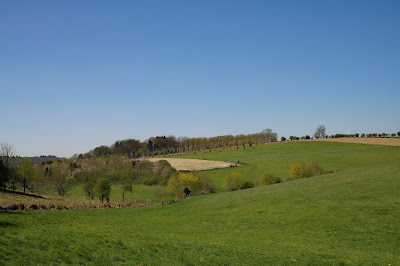 After taking some corrective action we returned to the trail and entered Combe Wood, carpeted with a fine display of Greater Stitchwort 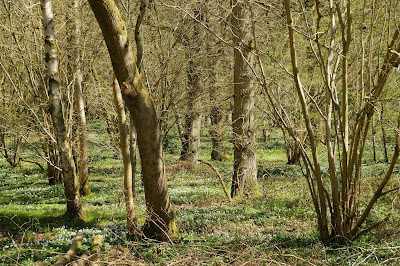 We emerged into a beautiful winding valley and paused for a picnic lunch, later continuing along the track. 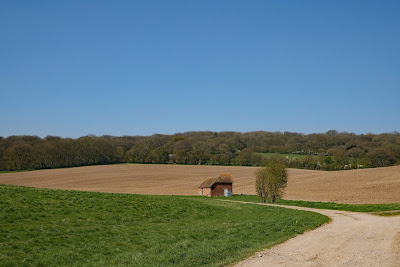 A right turn soon brought us to the hamlet of Linkenholt with its delightful school  of 1871 ... 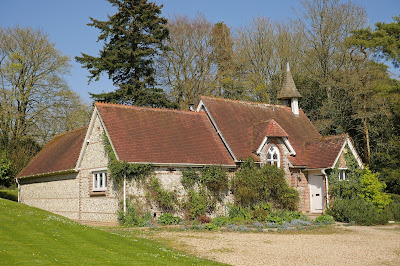 ... and church of the same date. I suddenly realised that I did an enjoyable circular walk from here to Vernham Dean a couple of years ago 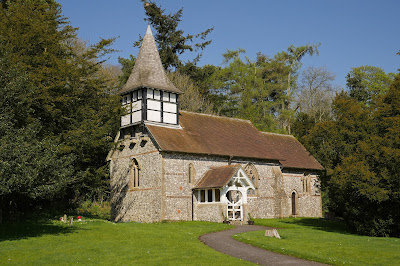 We continue south along a minor road and took a left along a very pleasant hedged track. 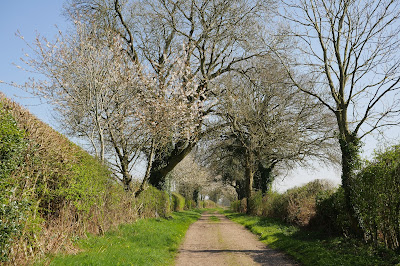 Another right and a curving track brought us to Ibthorpe, where we were first struck by this interesting barn conversion. 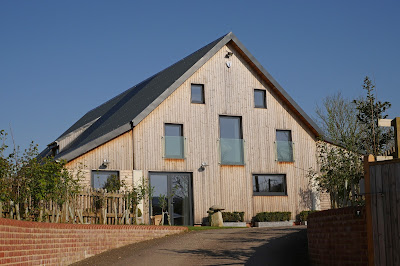 The village had a number of thatched cottages arranged at right angles to the lane we were following. 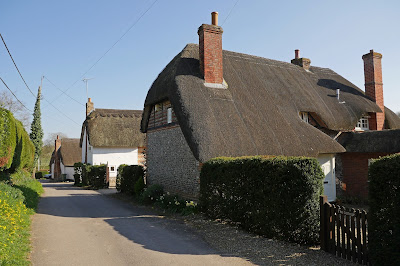 At the end of this section was the Ibthorpe Manor Farmhouse, described as "very handsome" by Pevsner. It was doubled in sized in 2007 by Robert Adam - the modern neo-classical architect. 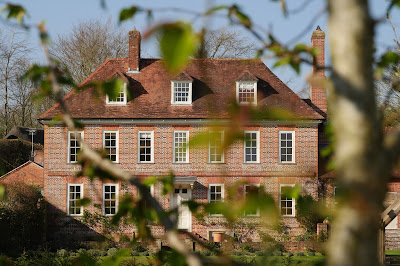 Soon we reached the picturesque village of Hurstbourne Tarrant (HBT), where we enjoyed a refreshing drink in the village pub. Here is the church of St Peter, essentially early 13th and 14th century, with later additions and restoration. 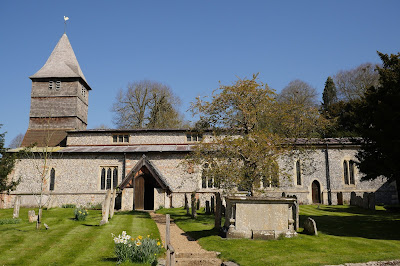 Rating: four stars. Some lovely country and a great start to the Test Way. No sign of the Test yet.
Posted by PH at 00:06