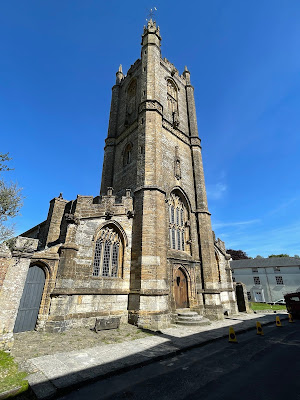 It was a lovely day and I decided to have a little butterfly outing at Cerne Abbas. I parked near the imposing 13th century church (with 15th and 17th century additions) and walked past it and the delightful 16th century timber-fronted houses facing it.

At the end of Abbey Street is a fine house called Cerne Abbe, mainly 18th century, but dating back to the 15th century. 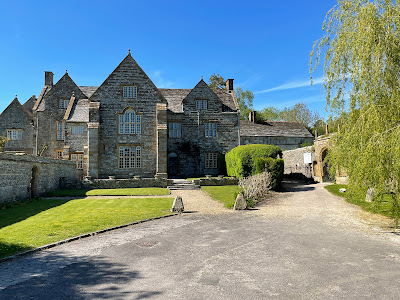 I went through a gateway to the right of Cerne Abbey and through the churchyard. To my left there were glimpses of two free-standing buildings in the grounds. 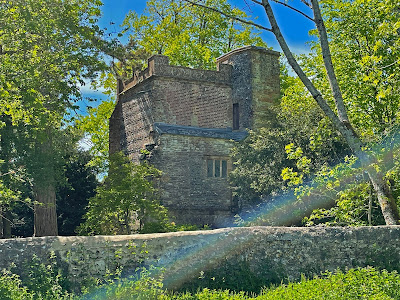 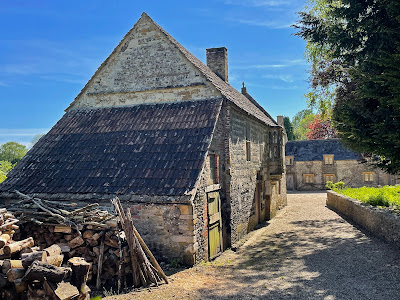 I emerged into a field and climbed uphill and then up some steps to reach the start of Giant Hill, well known as a butterfly hot spot. My main goal was to see the relatively uncommon Marsh Fritillary.

The site is on a hillside slope with a series of horizontal paths and I strolled along spotting several fairly common butterflies: Common Blue, Small Heath, Chequered and Dingy Skippers and an especially pleasing Adonis Blue . 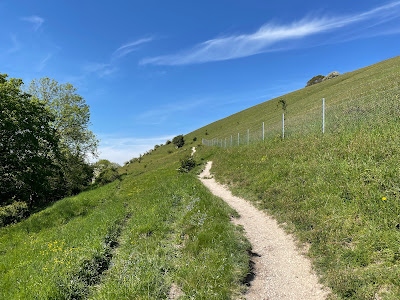 I passed beneath the celebrated Cerne Abbas Giant (of which more later) and found a very productive area for Marsh Fritillaries, spotting a dozen or so. 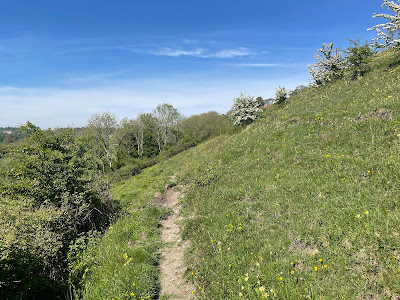 I didn't have my camera, so here is one I took earlier. 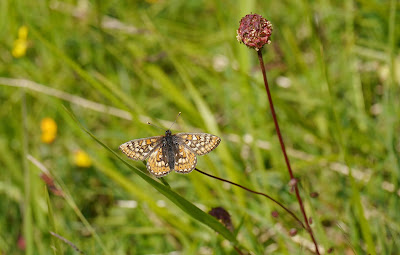 I retraced my steps and looked this time across the valley opposite to the hill. 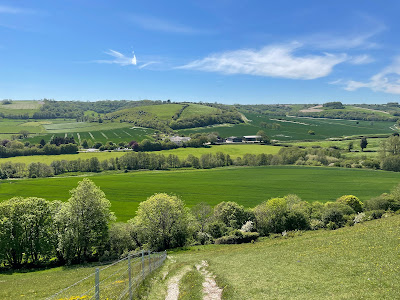 To complete my outing I drove round to the car park view point beneath the Giant. The most striking thing since my last visit was the Giant was not as well defined as he used to be and seemed to be in need of some maintenance. According to Pevsner he is 200ft high and 165 ft wide; he holds a club. He is generally agreed to represent Hercules and to date from the late 17th century. 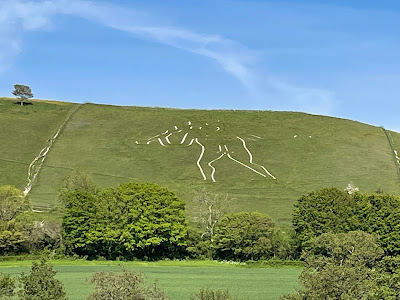