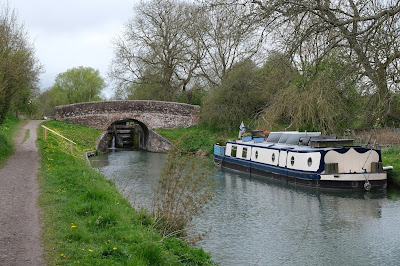 The lock on the Kennet & Avon Canal at Great Bedwyn

This walk overlaps with two other walks we have done from Great Bedwyn: one to Wilton and the other to Crofton. It was still very enjoyable.

We started from the car park by the Canal and headed southwest along the tow path to the first lock where we left the tow path and climbed up a grassy hill. I paused after a while to take a different picture of the church of St Mary the Virgin than previously. 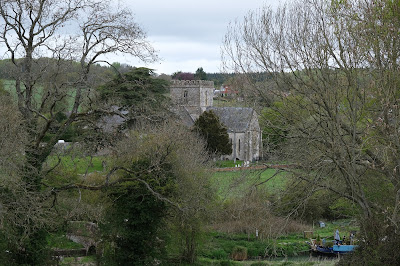 We headed across a field and entered some very muddy woodland to meet a broad path where left came from Bedwyn and right was signposted Windmill (i.e. Wilton). Soon we passed through a delightful stand of beech wood ... 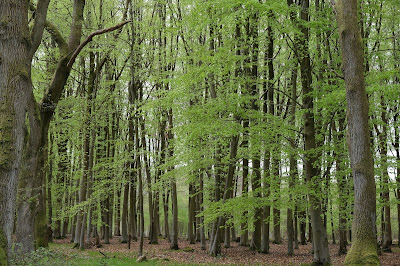 ... and soon after, the first concentration of bluebells we have seen this year. There would be several more. 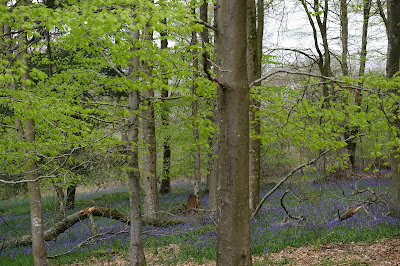 We continued along this main path until we reached Bedwyn Brail and these two interesting wooden sculptures. 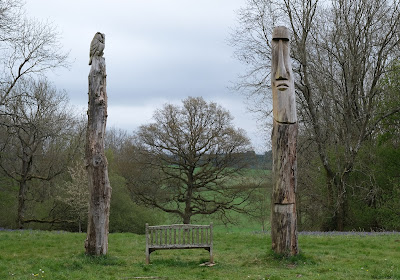 We turned right here and headed towards Wilton Brail, going downhill, across a quiet road and then up again. This is the view looking back. 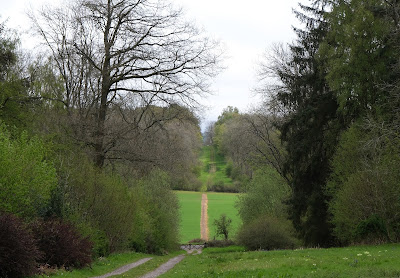 We turned left in Wilton Brail and continued along the track emerging into a large field on the edge of Wilton.  On our left was surely the largest haystack I have ever seen. 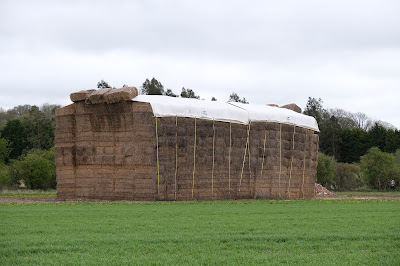 A bit further along there was a nice view of the Wilton Windmill. It dates from 1821, after the Canal was opened. It continued in operation for a hundred years, but by 1931 it was derelict. It was restored in 1971 and now produces stone-ground wholemeal flour. 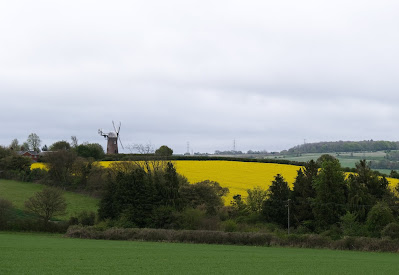 We reached a lane and turned right along a track leading to the canal and the railway. 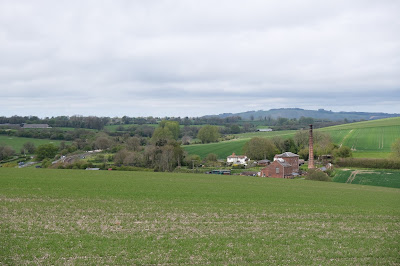 It remained only to walk about a mile and a half along the tow path to return to our starting point in Bedwyn.