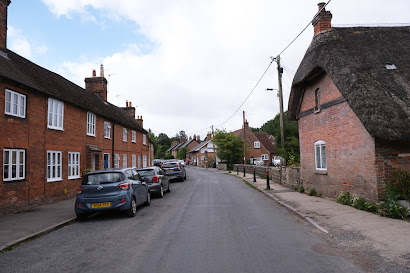 We parked at the canalside car park in Great Bedwyn and put our walking boots on as normal. Then there was a nightmare exchange: "Have you got the walk book and map?" "No, I thought you had them!" We knew from looking at the map where the first key point was: turning right shortly after the church and we were confident that we would always know more or less where the canal was ... so we decided to to do the walk anyway.

We walked through the village and turned left into Church St, passing the church and turning right at a footpath sign. So far so good!

We followed the path between fields to reach a couple of isolated houses. The nearer one was an interesting melange of traditional and modern. 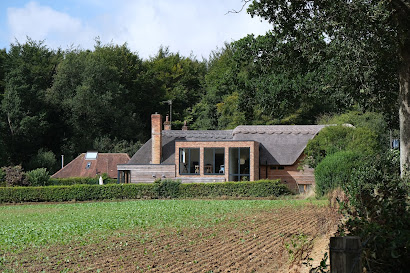 We turned left into a small area of woodland and then took another left to pass the second, more conventional, house. The woodland quickly gave way to a pleasant track and after a while we encountered some people picking sloe for sloe gin. We weren't totally sure we were on the right track when we started to see a line of houses. I wondered what settlement it could be. When we reached the road it all became clear: we had emerged on the edge of Great Bedwyn, about 300 yards on from where we took the footpath sign!

Fortunately, the road was signed to Crofton, our next major destination. So we plodded along the merciful quiet road until we reached Crofton, the home of the celebrated Pumping Engines. 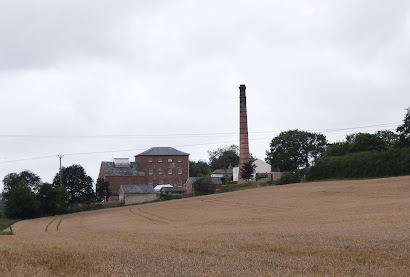 From Wikipedia: "when the canal was built, no reliable water sources were available to fill the summit by normal gravitational means. However a set of usable springs were found adjacent to the canal" and the pumps were used to supply water to the canal. The two engines date from 1812 and 1846. The 1812 engine, made by Boulton & Watt 1812,  "is the oldest working beam engine in the world in its original engine house and capable of doing the job for which it was installed".

We crossed the railway line, always an exciting moment, and then crossed a canal bridge which gave a good view of the Pumping Station in relation to the canal. 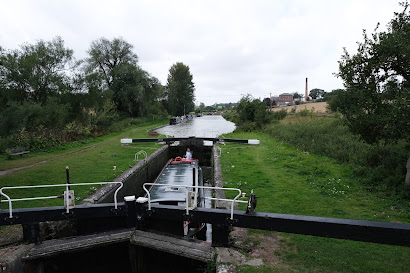 Now we were definitely in the right place and all we had to do was to walk the mile and half along the canal tow path. At first the canal seemed wider than usual. 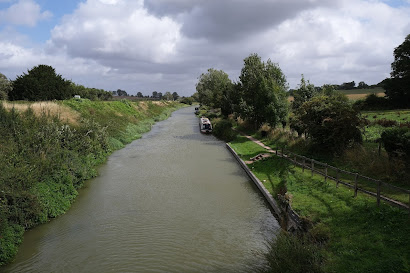 But soon it resumed its more normal dimensions. The section from Crofton to Great Bedwyn is one of the most attractive we have walked along. 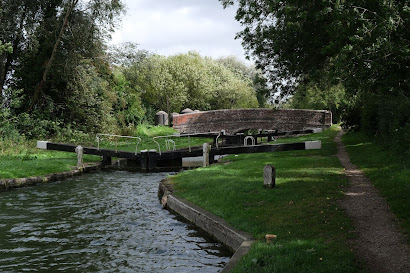 From: Walks in the Kennet Valley and Beyond (West Berkshire Ramblers).