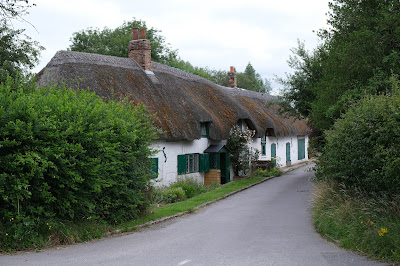 Cottages in Frog Lane, Great Bedwyn
We started today's walk in the pretty village of Great Bedwyn and after passing Frog Lane turned right to walk along the tow path of the Kennet and Avon Canal. 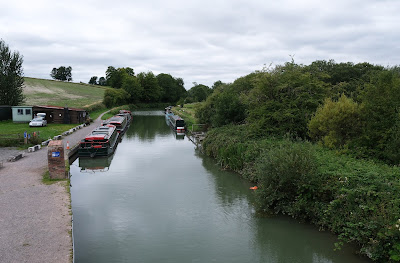 We soon passed the first bridge, the the classic Canal style. 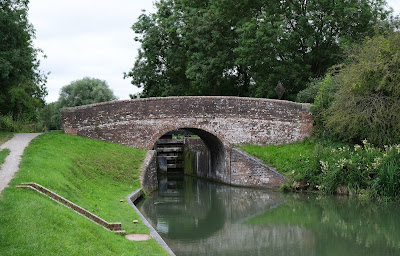 A little further on we saw the delightful sight of a male swan standing guard while the female sits on the nest at the side of the canal. 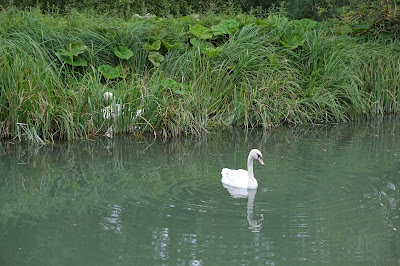 We crossed the second bridge (Mill Bridge) and turned left then right following a field-edge path. We left this to enter Wilton Brail (Brail seems to be a local word for a wood). It was very pleasant with a good variety of trees and bushes. 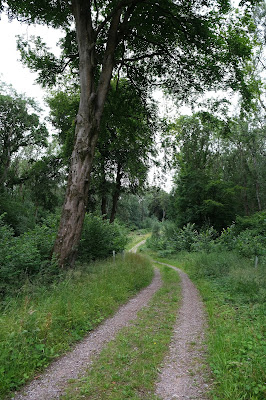 We left the Brail and walked across towards Wilton. To the left is the Wilton Windmill. 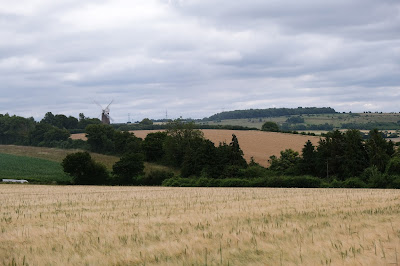 We left the fields to enter the attractive village, our first sight being a pond and some thatched cottages. 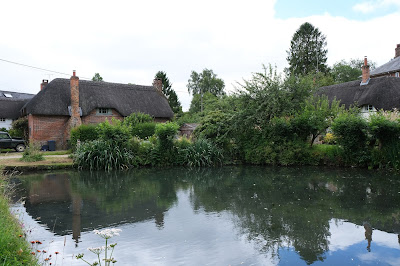 Soon afterwards we passed a small field with what looked to be young emus. 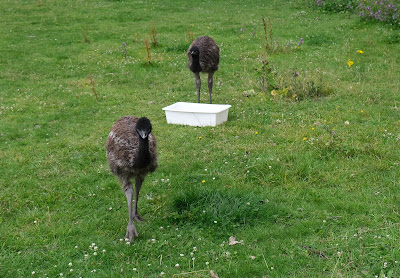 We walked up the hill from the village to reach the Windmill. It is currently closed of course, but in normal times you can have a guided tour and refreshments. The Mill dates from 1821, after the Canal was opened. It continued in operation for a hundred years, but by 1931 it was derelict. It was restored in 1971 and now produces stone-ground wholemeal flour. 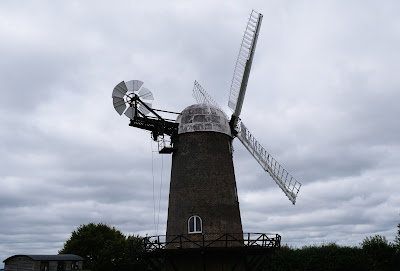 We carried on along the road and turned left along a track which led us into our second Brail of the day, Bedwyn Brail. This was similar to Wilton Brail, except for having a more defined track supported by excellent signposts. There were also obvious forestry works. After a while we passed these rather lovely wooden sculptures. 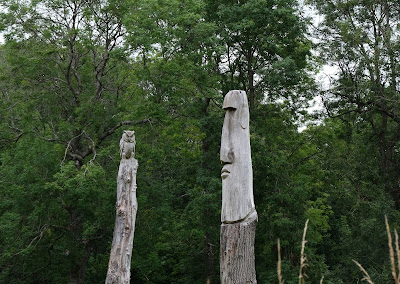 And a bit further on we were delighted to see our first White Admiral of the year.
Eventually the wood gave way to a field path which led down to the first bridge over the canal where we turned left and passed the church of St Mary the Virgin. 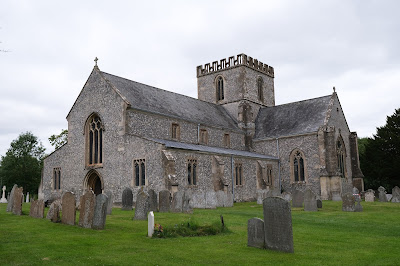 The church dates from 1092, although most of what you see today is 12th and 13th century. Turning right past the church you follow the road back to the village centre. On the way you pass the wonderful Post Office and Stonemason's Museum. It was in use by stonemason John Lloyd as late as 1996 according to The Independent, but seems to now be defunct. 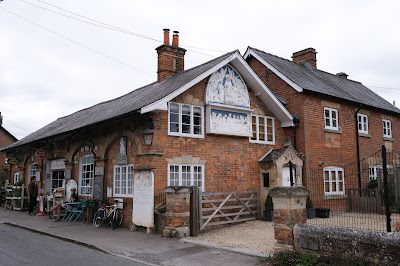