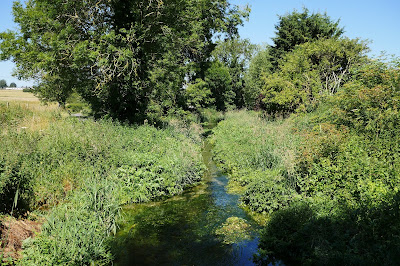 The river Lambourn on the outskirts of Lambourn

We resumed our journey along the Lambourn Valley in Lambourn (Stage 1 is described here) and soon crossed the river of the same name on the edge of the town. It was tiny and full of aquatic plants.

We followed a field-edge path parallel to the road and were immediately delighted to see lotso f butterflies: lots of Meadow Browns and Ringlets and a pleasing number of Marbled Whites. We skirted Eastbury along an enclosed path at the back of the village - rather a shame in soem ways because the village looked rather pretty when we drove through it on the way to Lambourn.

From Eastbury we followed a short section of dismantled railway and then another field-edge path. This was the view back along the valley. 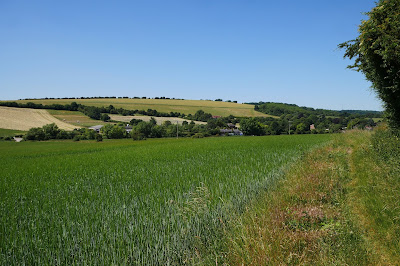 We passed near to the late Norman church of East Garston (with the inevitable late Victorian restoration) - on the right in the view back shown below. 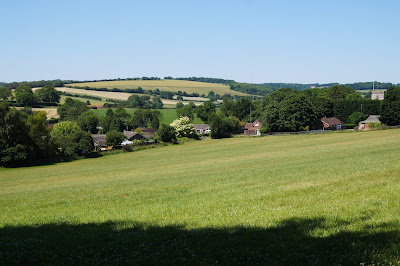 Following Lambourn Valley Way sign posts we found ourselves routed away from the roiute marked on the map and and climbing up a steep slope of a side valley. We were a bit disgruntled at first, but gradually we realised that we now had a wonderful view down over the Lambourn valley. This gave us a different perspective than being down in it. 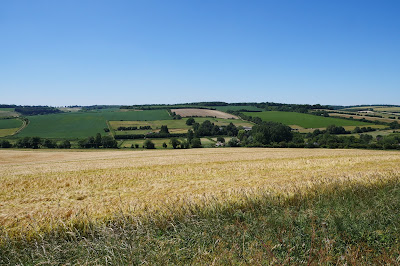 The were cornfields on both sides of our path and I rather liked this image of a lone poppy. 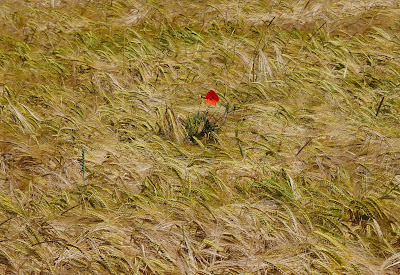 We descended again to rejoin the mapped path and the river at Maidencourt Farm. The river at this point was much wider and faster flowing, albeit with plenty of aquatic plants. 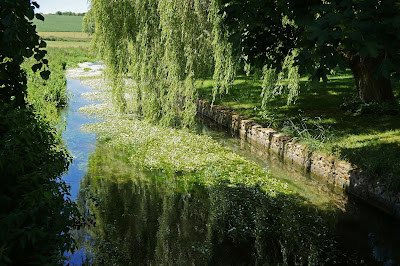 We followed the bank to a spot where the river widened briefly - perhaps enough for some water play. There was a a handy seat too. 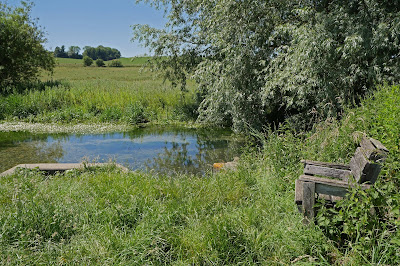 This was a very pleasant section with some new butterflies: Large Skippers, Commas and Small Tortoiseshells. We emerged onto the road at Great Shefford and then climbed path East Shefford House to reach the pretty hamlet of Weston. 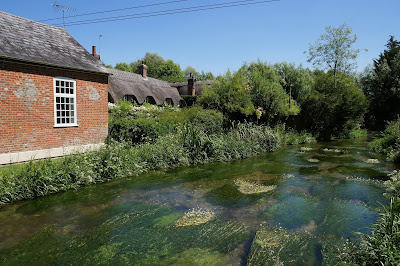 Soon after this we entered the grounds of Welford Park, a red brick 17th century house, still owned by descendants of Richard Jones who had it built. The grounds are open in February each year so that visitors can enjoy a fine display of snowdrops. We tramped across the grassy park and were rewarded with a distant view of the house with the church of St Gregory behind it. 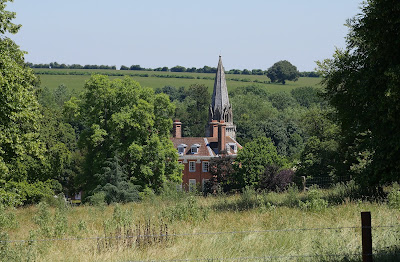 The church has an interesting history. It was built in 1852-55 to replace a Norman church with a 13th century stone spire with eight dormers. The new church's tower and spire are an exact replica of the previous, although everything beneath them is new. A later brief glance from the road suggested that the tower and spire are the most notable features of the church. One can't help but wonder why they did it.