Watership Down and Cottington's Hill 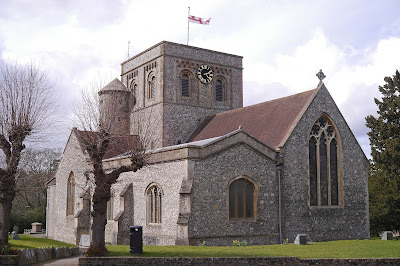 This lovely walk starts in Kingsclere. We parked in the village car park and walked around St Mary's church. The church was founded in 1130, but the flint faced exterior is the result of "ferocious restoration" (in Pevsner's phrase) in 1848-9. The fine north doorway (below) is early Norman and the reddish patches are apparently the result of a fire in 1402. 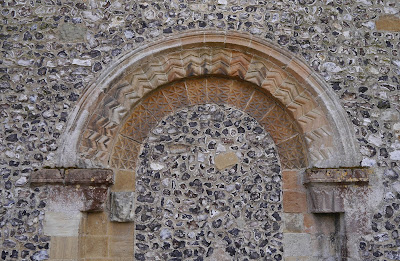 A slightly tortuous route over a stream and along a road leads to open country and a set of gallops heading towards the ridge of the North Hampshire Downs and Cottington's Hill with its landmark mast. 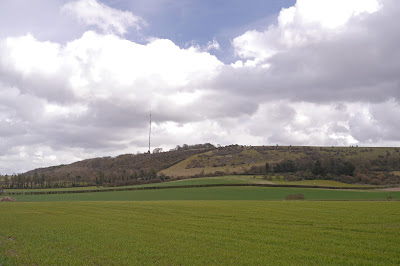 You leave the gallops and climb a path towards the ridge which doubles back above Watership Down. We were pleased to see some deer and, more importantly, some rabbits. 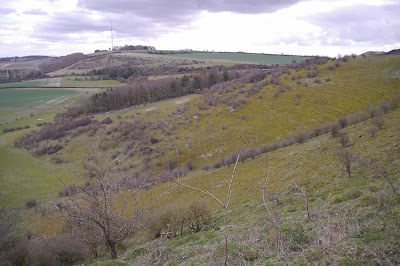 Many people will associate Watership Down with Richard Adam's wonderful 1972 anthropomorphic novel about rabbits, so it was great to see some. By coincidence, there was report on the BBC website to the effect that if the 1978 film of the book was released today it would carry a PG certificate, rather than the U one it was awarded at the time. This is apparently because of the violence and strong language it contains.

At the top we joined a second set of gallops along the top of the ridge. I thought this isolated set of railings were quite photogenic. 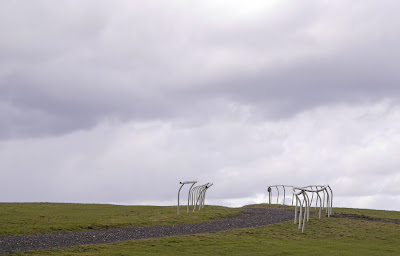 Heading east now, along the Wayfarer's Walk, which I completed three years ago, we passed Combe Hole and The Warren to our left. 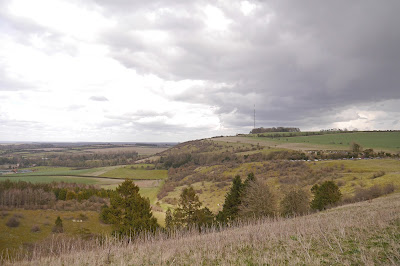 We crossed the B3051 and left the Wayfarer's Walk to head towards Cottington's Hill. Behind us it was desperately dark and already raining. 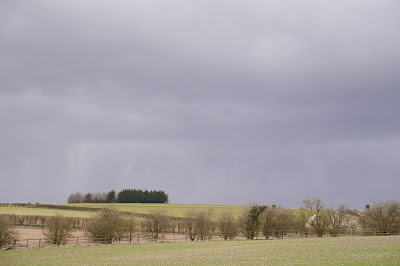 Quite soon the rain overtook us and we struggled along a very muddy path chasing sheep before us, before turning sharp left and making a very muddy and slippery descent. We were shocked by the extent to which the sheep had chewed the bark off the trees. 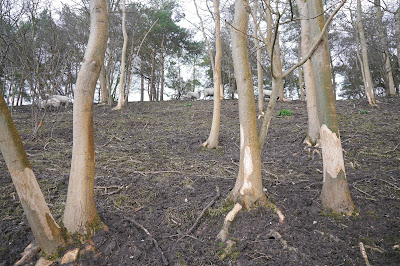 At the bottom a straight path beside a third set of gallops led back to Kingsclere and mercifully the sky had cleared. More sheep could be seen dotted over the hillside to the right. There was also a beautiful rainbow, but my camera couldn't seem to see it. I must check out how to address this. 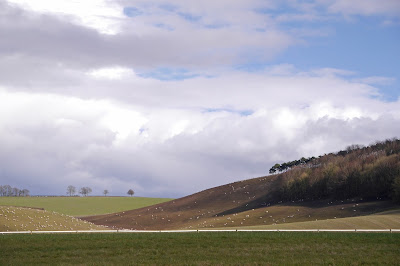 By the time we got to the far side it was a lovely late afternoon. 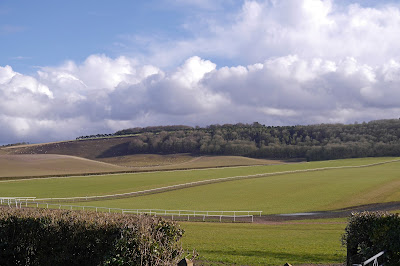 It remained only to cross the recreation ground and walk downhill back to the car park.

From: Rambling for Pleasure: Kennet Valley and Watership Down (East Berkshire Ramblers) 1999 - and a little hard to follow at first.