The Stour Valley Path: A review 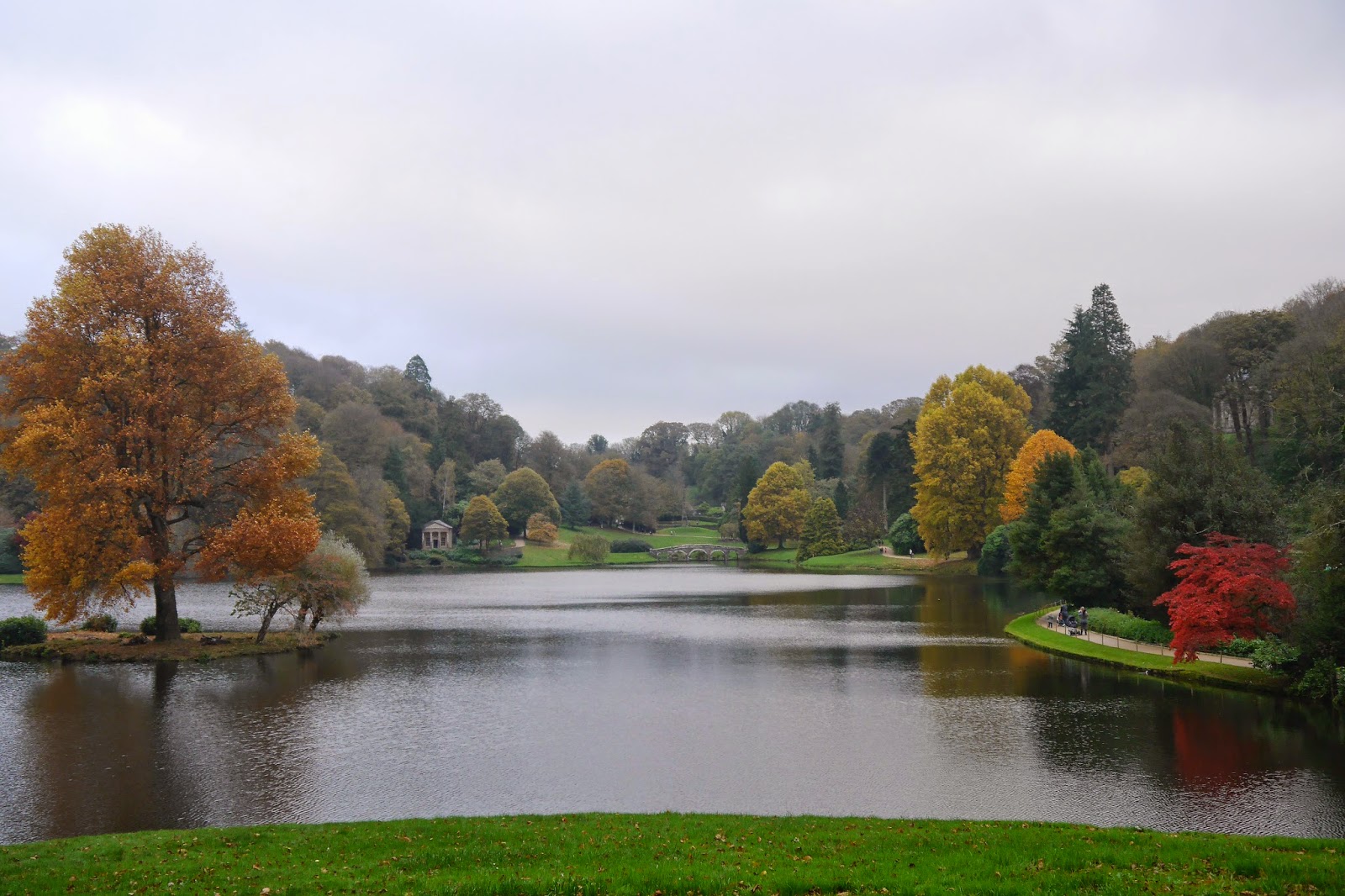 The Stour Valley Path runs from Hengistbury Head at the mouth of Christchurch Harbour to Stourhead just over the border in Wiltshire, a distance of 60 miles. We did it in eight legs spread out over fourteen months.

Some things about this Path are a bit confusing. It is in fact generally know as the Stour Valley Way, to distinguish from another Stour Valley Path in Suffolk, but the only guide book is The new Stour Valley Path by Edward R Griffiths, Greenfield Books, 1998. It is marked on the OS Explorer maps, but sometimes there are alternative routes and the book doesn't always match the map. It seems that the local authority is not fully behind it either because signposting and waymarking are a bit haphazard to say the least.

Is it worth doing then? Definitely. It offers a way to see and get to know Dorset from south to north through many interesting places and much beautiful country. We had already walked the Coast Path in Dorset, but this direction was substantially unknown to us.

So what were the best bits? We had already encountered the Lady Wimborne houses in the Poole-Wimborne area, but it was fascinating to go past was is now Cranford School, where she once lived and to see the extraordinary railway bridge on the outskirts of Wimborne which also bears her name. 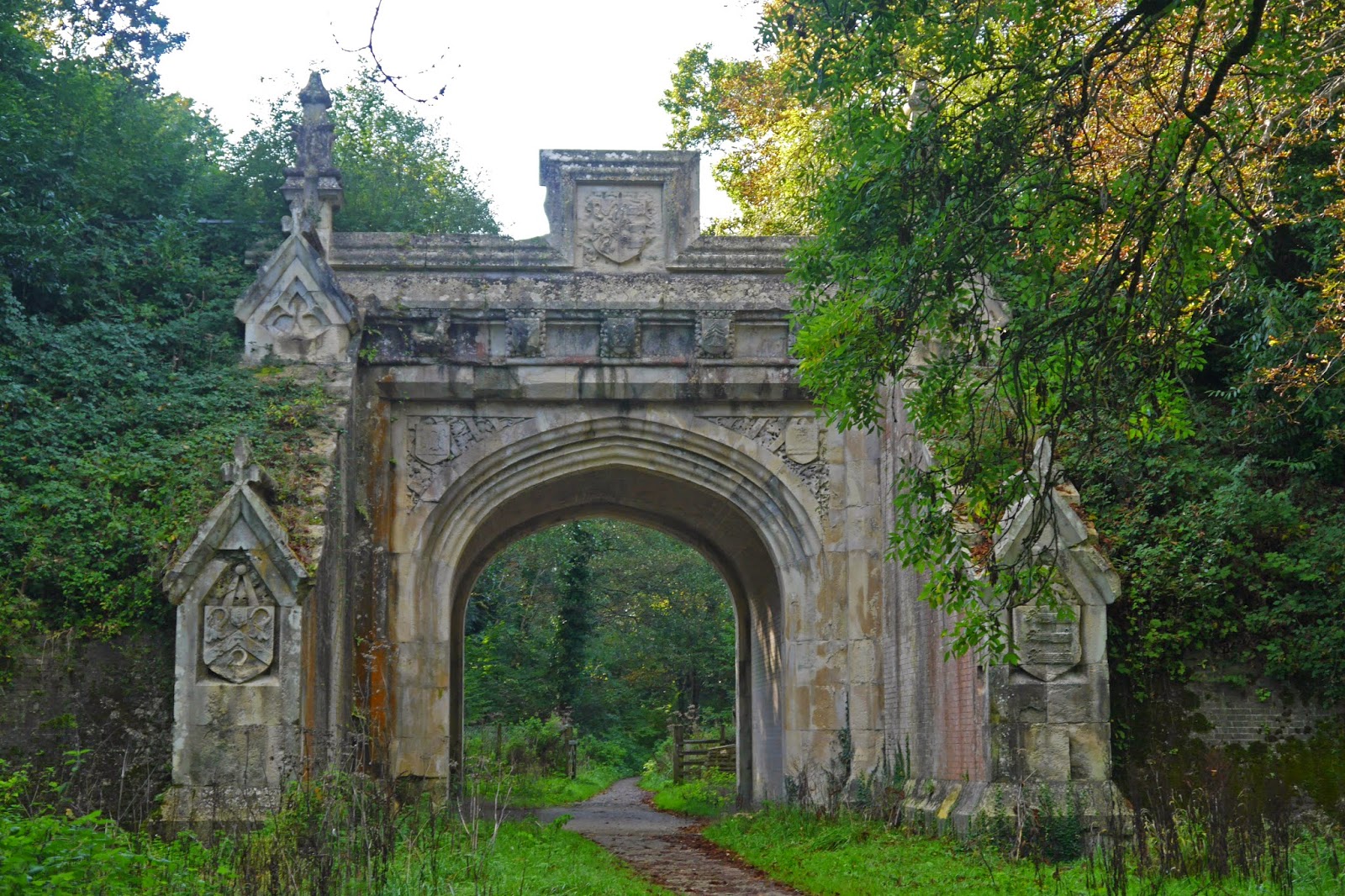 Crawford Bridge on the outskirts of Spetisbury was a beautiful structure and the weather conditions facilitated this pleasing photo on the day we reached it. 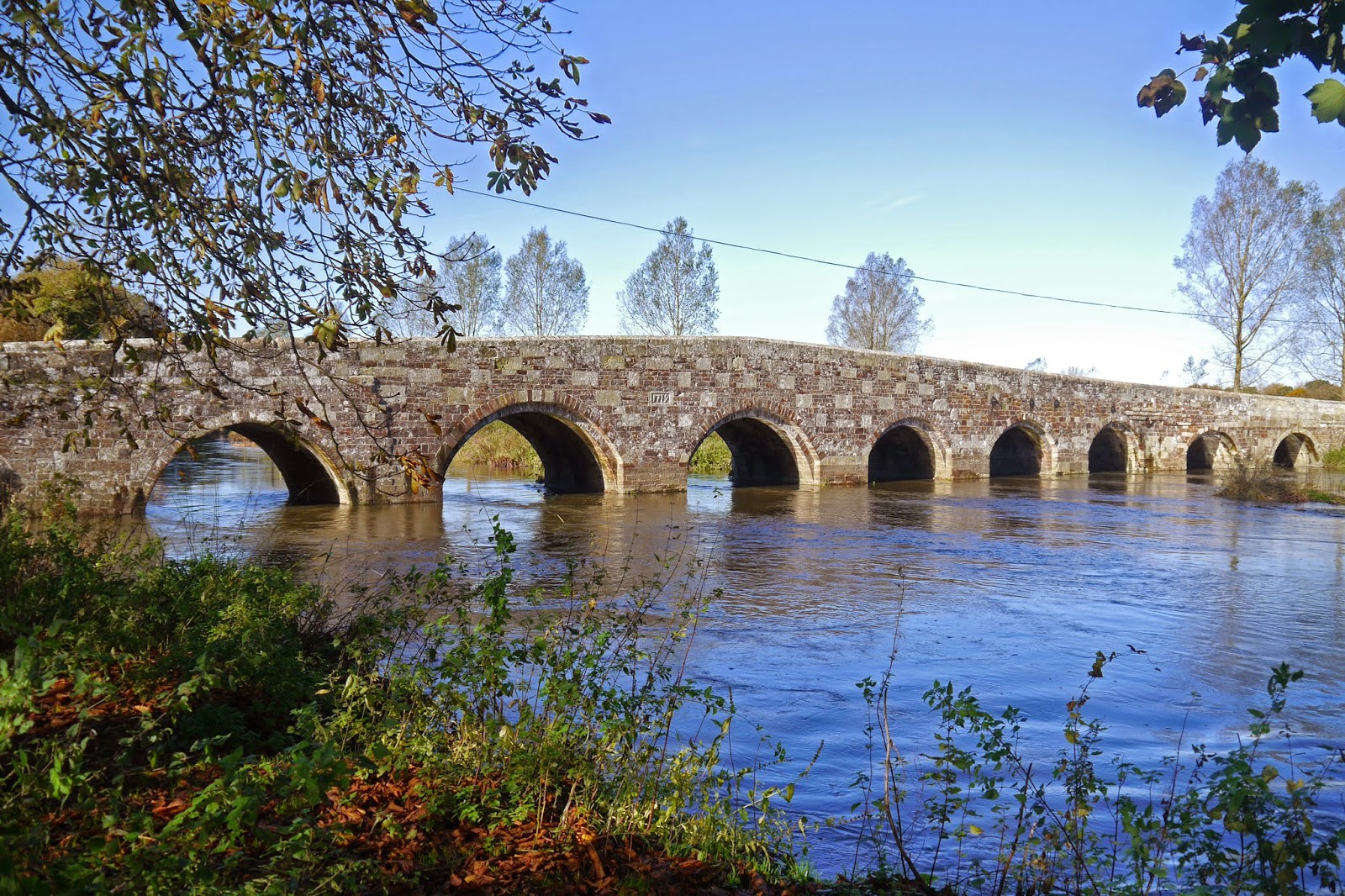 Just along the road on the other side of Spetisbury, the handsome church of St Mary was rebuilt, apart from the base of the tower, in 1713 by Thomas Bastard, father of the celebrated Bastard Brothers who rebuilt Blandford after the great fire of 1731.We had driven past it before (it is on the Poole-Blandford road) and would do so several times again in the course of this and other walks. It was good to know its story. 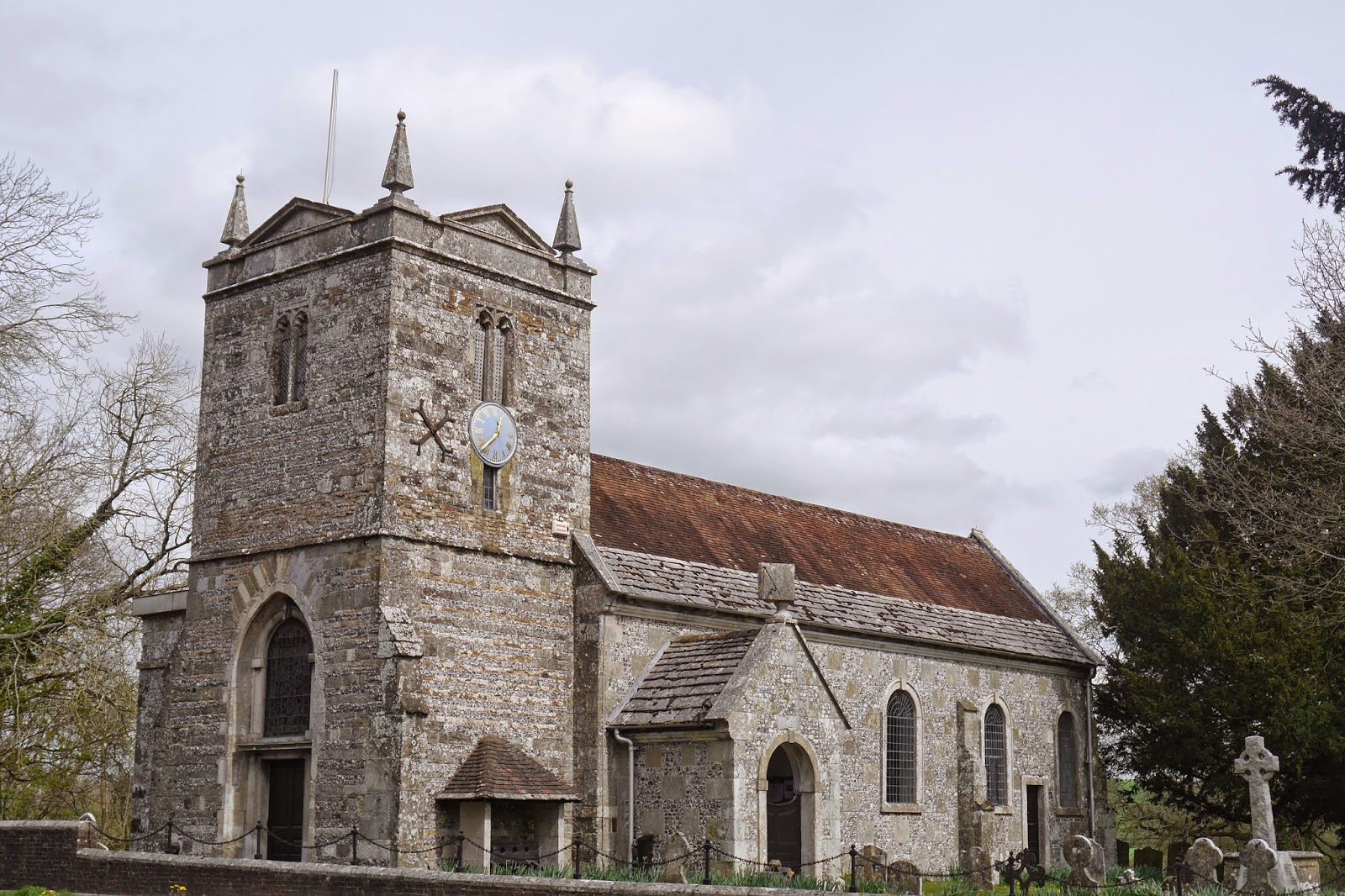 The two great surprises were the adjacent chalk hills: Hod and Hambledon. They offered excellent walking, with some decent climbs and fantastic views, especially from Hambledon Hill (193m), where the panorama was almost 360 degrees. 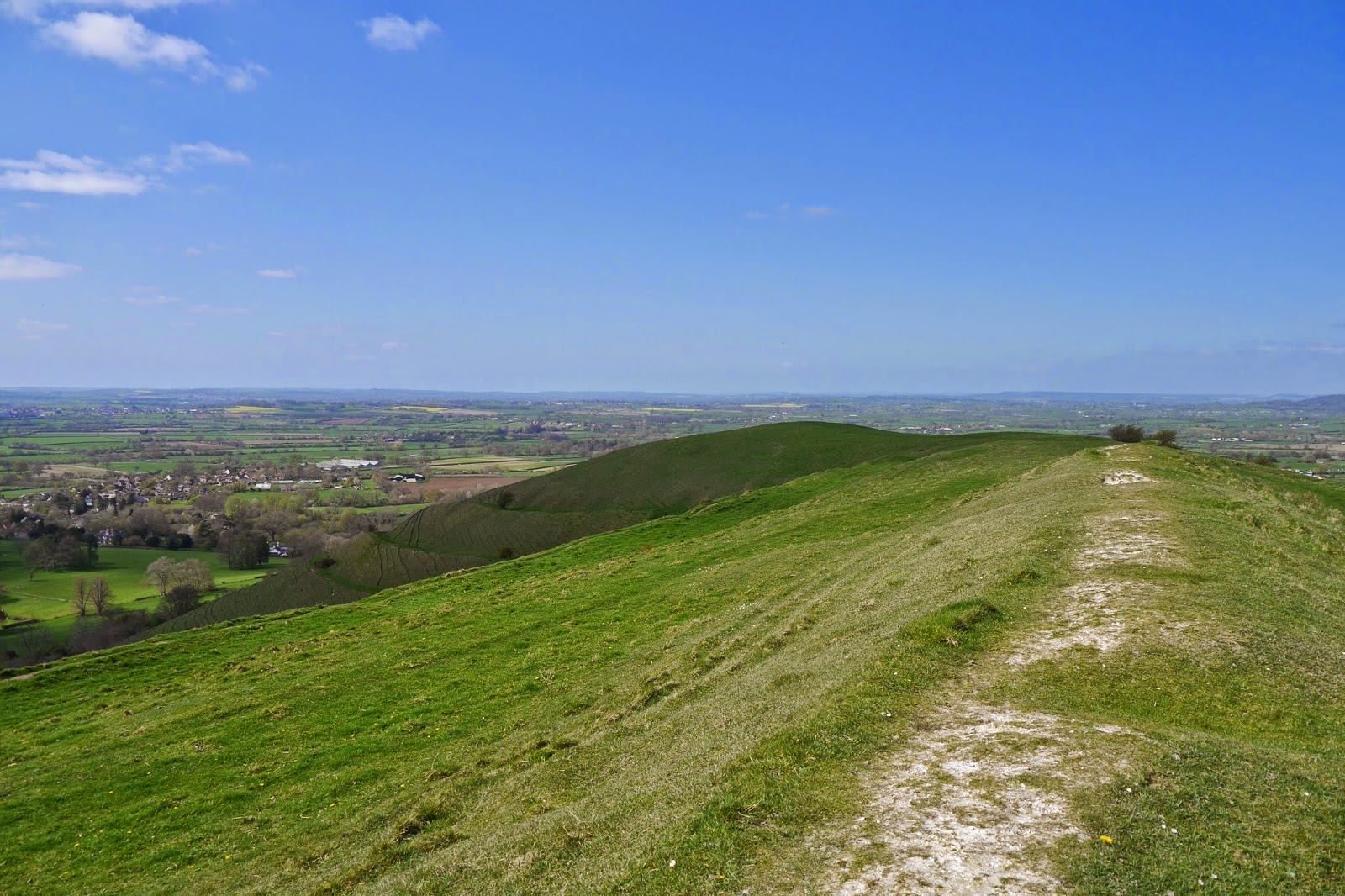 What of the river? Well the Path follows the river valley more than the river itself and indeed one of the disappointing things was that unlike, say, the Thames Path very little of the walking was along the river bank. The longest section was around Wimborne. The Stour is generally a narrow, winding river, pretty enough but never really dramatic. 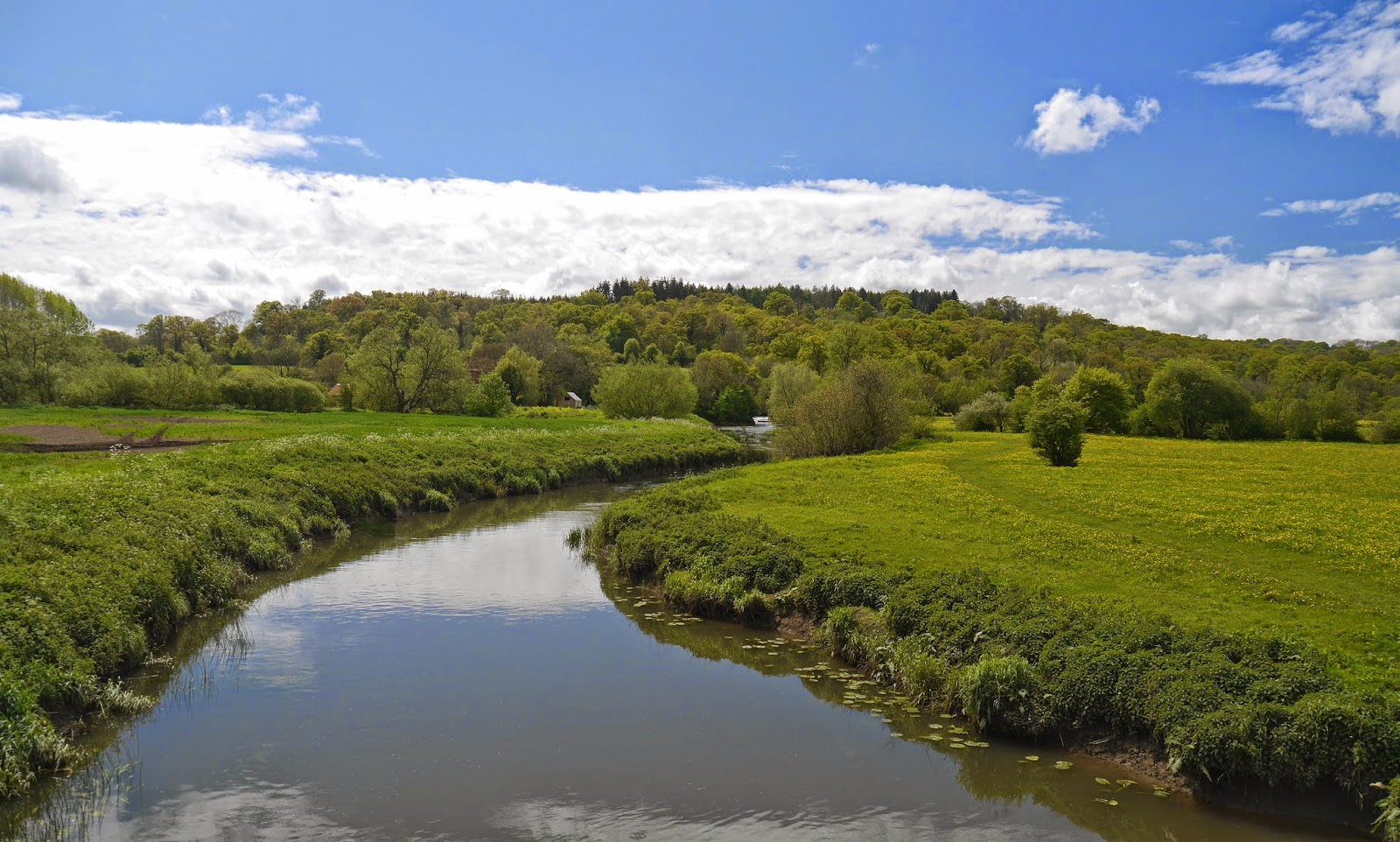 And the best bit? Undoubtedly the gardens of Stourhead, arranged around the exquisitely beautiful lake. Here, to finish on, is another view. 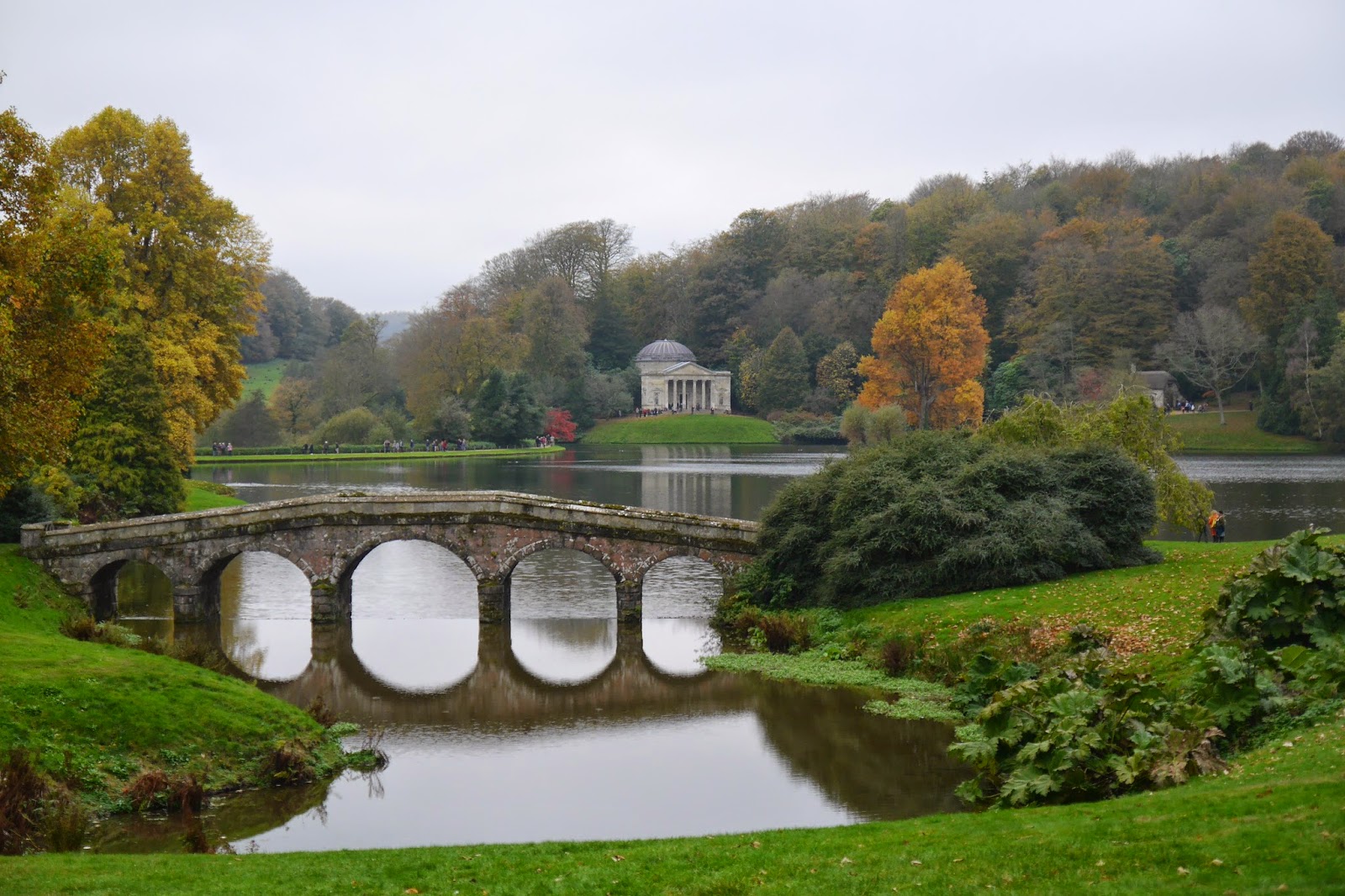 8 Silton to Stourton and Stourhead
Posted by PH at 20:59