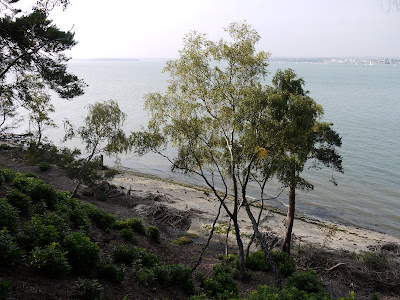 We have been looking forward to this walk since we first start visiting Poole. However the day dawned cool and misty and we waited until after lunch for it to burn off. We enjoyed the novelty of walking into Poole Quay and catching the ferry over to National Trust Brownsea.

You land at the eastern end of the island and walk through the welcome centre, collecting a map as you pass through, to emerge opposite the entrance to Brownsea Castle. 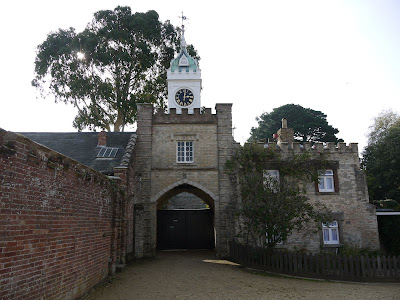 The origins of the castle lie in one of the many forts built by Henry VIII in 1547-8 to guard against the threat of invasion by the Spanish. It was embellished in the 18th and 19th centuries to create the current building in a sort of Victorian Tudor style. It is now owned by the John Lewis Partnership. It is hard to get a clear view on it from within the island.

From here we followed Middle Street heading west towards the opposite end of the island. We decided to resist a visit to the Dorset Wildlife Trust nature reserve - something for next time. After passing the 19th century St Mary's church, we passed a large grassy area and then some delightful woodland with the sun streaming through. 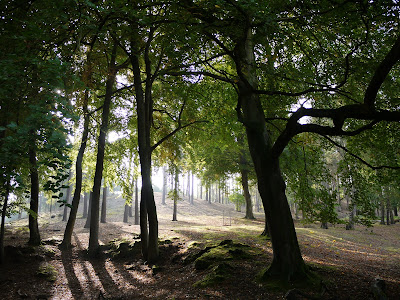 Soon afterwards the path leads on through pine woods to a three-way division of paths. 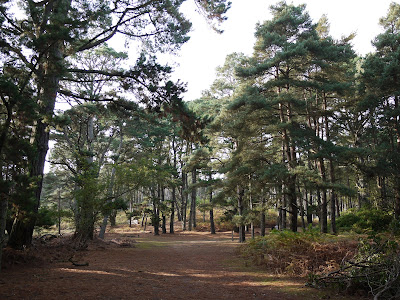 We took the central one to skirt the site of the one-time Maryland Village and at this point saw our first red squirrel (something for which the island is famous), hurrying across the track. We soon descended to the shore to pass Pottery Pier, the westernmost point on the island. 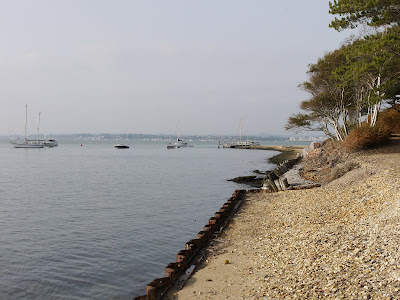 A bit further along the coast the path took us inland past the Baden-Powell Outdoor Centre to emerge opposite a surprising section of heathland. 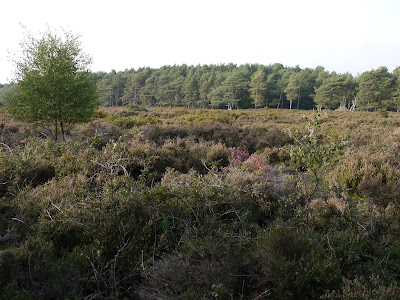 We then veered right, back to the edge of the island for hazy views towards the chain ferry at Sandbanks and then returned to the church and took Middle Street back to the jetty.

On the ferry back there was finally a clear view of the castle. 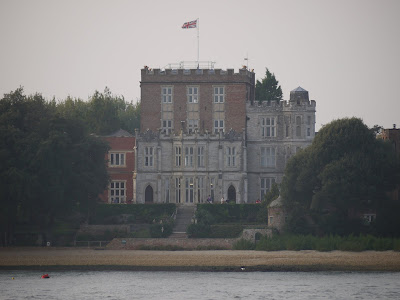 Conditions: warm and sunny, but cold on the boat back.

Rating: four stars. Truly delightful and full of interest. An extraordinary range of habitats in such a small area.

We saw four red squirrels, not bad for a couple of hours. In one of the grassy areas we were rather surprised to see peacocks and what, I wondered, was that small bird seemingly following a peahen around? A chick! Oh dear. 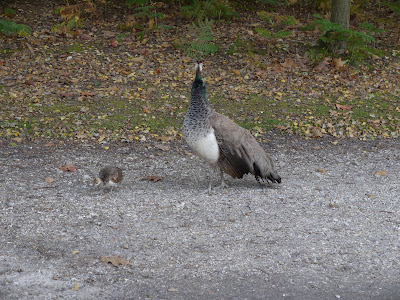