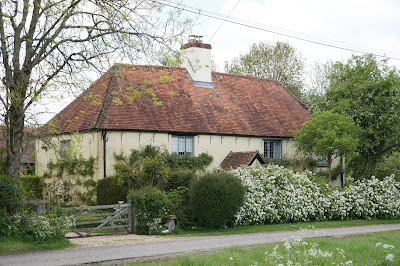 Last week's walking programme was washed out, but today's weather allows a nice walk from the hamlet of Buttermere. We park by the road and walk north past a few houses and along a field edge to reach the path at the top of Ham Hill, one of the series of hills which make up the North Hampshire Downs. This is the view looking south, with Town Farm hidden on the right and Grange Farm (which we will pass by on our return) on the left. 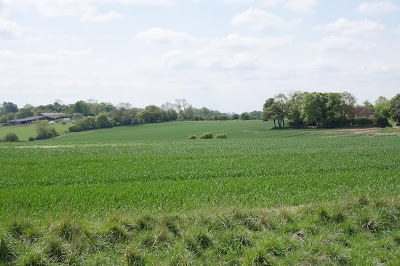 The view to the north is mainly over agricultural land around the village of Ham. 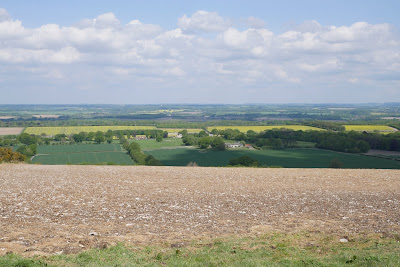 After a mile or so we reached a copse of six Beech Trees where our route turned right, following the Test Way. (This is a pleasant Long distance path, but you only get limited views of the Test because the river banks are almost entirely privately owned for trout fishing.)

We decided in fact to walk a bit further along the line of hills to get a view of Combe Hill off to the right ... 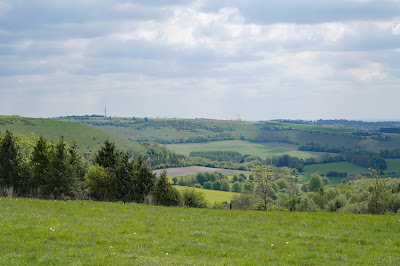 ... and then along Gallows Down to see the celebrated Combe Gibbet. (You can read about it here.) 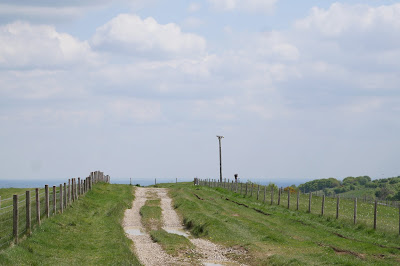 We returned to the Beech Copse and headed south along a field edge path. The path continued with woodland with lots of bluebells on one side and a field on the other. The lambs were as interested in us as we were in them. 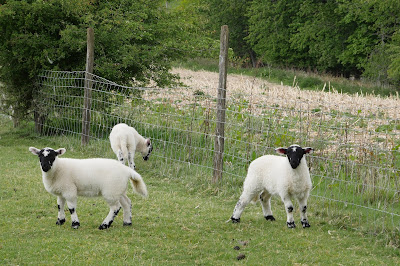 The next stage involved a turning to the right, but we couldn't easily find it. In the end we headed along the edge of a new looking plantation of Ash trees ... 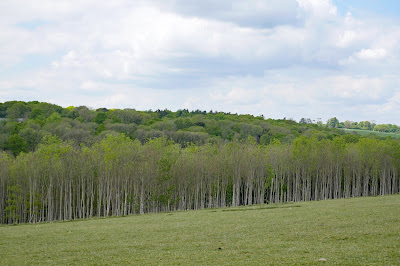 ... and decided that the official path had been suppressed. We did notice a number of empty eggshells which we supposed, without any particular evidence, must be pheasants eggs. 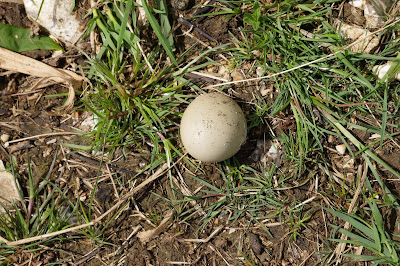 We emerged at the end of the plantation and followed a rather informal arrow and descended to a path which led up the valley towards Grange Farm. This was the attractive view back from near the top. 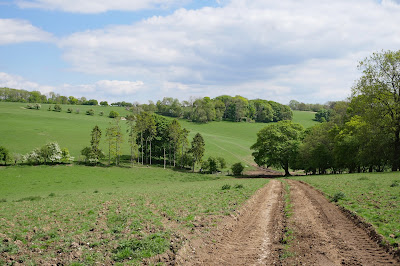 From: 100 walks in Wiltshire (Crowood Press).