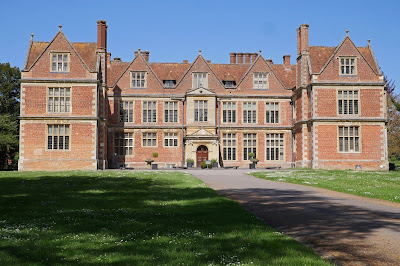 We parked near Shaw House rather than the start point described in the walk book in order to have a look at the wonderfully symmetrical facade of Shaw House. It was built in 1579-81 for Thomas Doleman. It is now owned by West Berkshire Council.

We walked up the road past the surprisingly large Shaw Cemetery ... 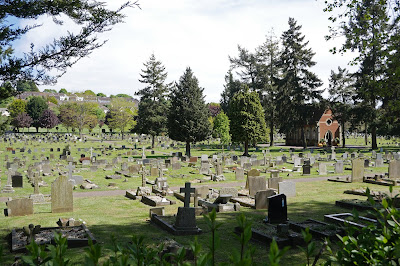 ... and turned right along a very narrow path. We quickly abandoned this for a desire path in the adjacent field only rejoining the path near the end. We turned left along the route of the former Newbury to Didcot railway line (if only it was still in service!) and emerged beside a large field. The heavy clay at the field edge was very striking. 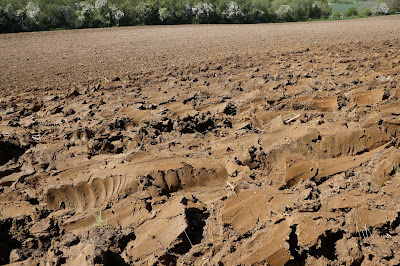 We climbed up a hill and emerged into Stoney Lane and a field path led us to Henwick Manor Farm. There were fine views to the south towards Newbury Race course. We loved the sight of these little piglets as we passed the farm. 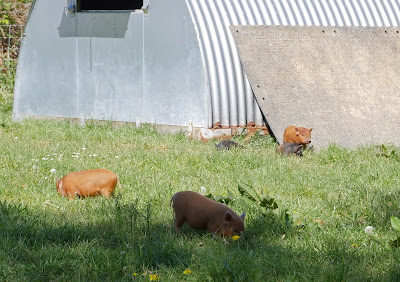 A series of paths then took us through Ashmore Green, just north of Thatcham. Quite a lot of other walkers were out as well in this area. From there, a path across rape fields led us past Henwicklands Copse and a field which seemed to be the home of a Youth Club. I was pleased to see this rather battered Peacock on the path. 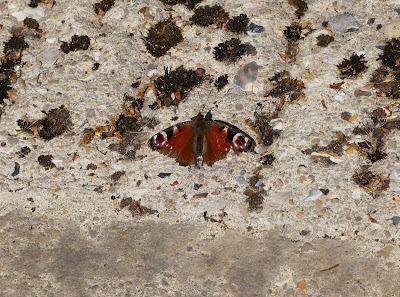 We then passed a couple of houses, one of which had these lovely tree peonies outside. 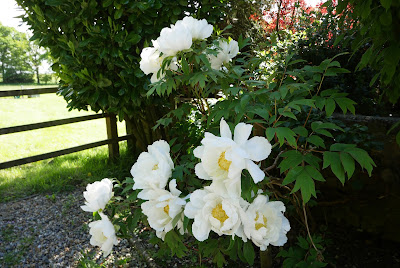 We now turned left into Fisher's Lane and dodged the traffic to cross Long Lane (the A4009 from Shaw to Hermitage). On the far side of the road a track led past this splendid line of trees. 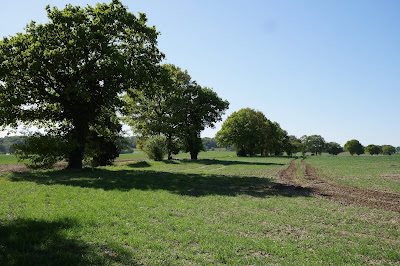 At the end we turned left onto a track which led across a series of fields, some very rutted and uneven. One had a herd of cows which took an unwelcome interest in us, with one in particular apparently minded to charge at us. We left the field with four cows in close attendance right behind us. We then followed a quieter path past Red Farm and Highwood Farm to find our way back to the start.