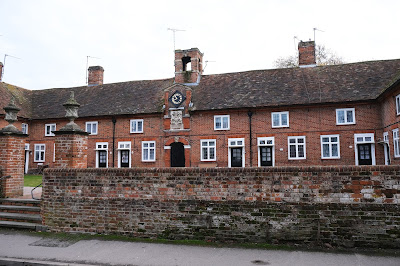 It is almost three years since we moved to Newbury and I thought it would be a nice idea to post a blog about the town. I started my route at St Bartholomew's Hospital, founded in the early 13th century possibly by King John. A number of other almshouses can be found in Argyle Street and elsewhere in the town.

From the top end of Argyle St I went up Newtown Road to admire these grand Italianate mansions of circa 1869-70. Pevsner suggests that this was a stalled villa development. 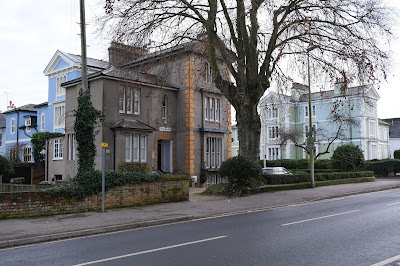 Now along Portchester Road to head towards Newbury Racecourse where you are greeted by this unusual and mysterious sculpture. 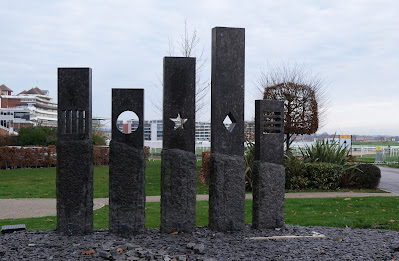 Horse racing first took place here in 1905, although other locations in the area had been used for a hundred years before. 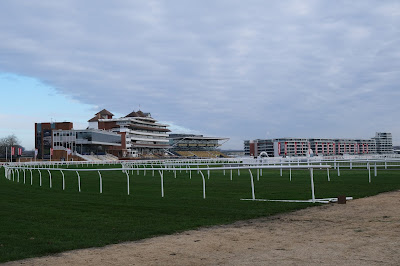 I retraced my steps to cross the railway and head towards the town centre along Cheap Street. On the right was the former Public Library, latterly a Prezzo restaurant and now empty like the Post Office further along the road. The building has the distinction of having been funded by the philanthropist Andrew Carnegie. 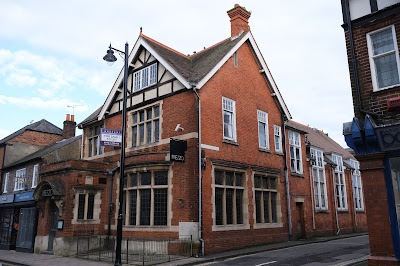 Just before reaching the Market Place I felt I had to photograph Newbury's tallest and most ugly building, the BT tower, or the Stasi building as I prefer to think of it. It dominates many a view of the town. 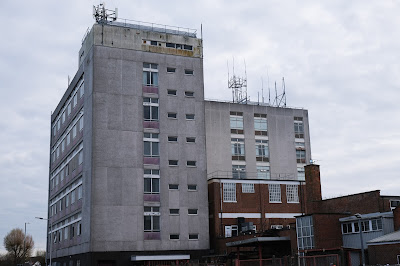 On the right in the Market Place are the delightful Elephant pub and the former Corn Exchange of 1862, now an arts centre. 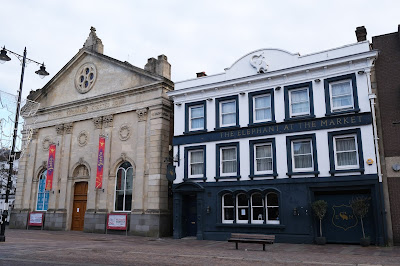 If you turn right at the far end of the Market Place into Wharf Street you find the recently restored Granary building, now part of Newbury museum. It dates from about 1723 according to Pevsner. 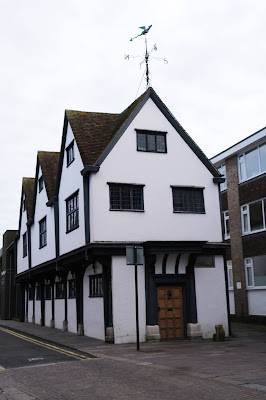 Retracing your steps you are confronted by the Town Hall on the opposite corner. It was built by a local architect, James H Money, in 1876-81 rather in the style of Alfred Waterhouse. An extension was added in 1909-10, also by Money. What did he do in between? 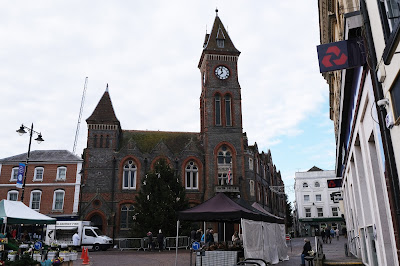 Just beyond the extension, in Bartholomew Street is St Nicholas church, rebuilt c 1509-32. Pevsner judges it to be more like a Cotswold wool church than a typical Berkshire one. Access to the church is via either of two fine Gothic style archways which date from 1770. 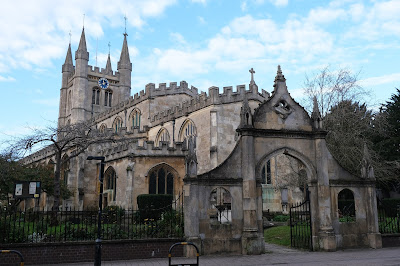 I continued along Bartholomew Street to cross Newbury Bridge (1769-72) over the Kennet and Avon canal ... 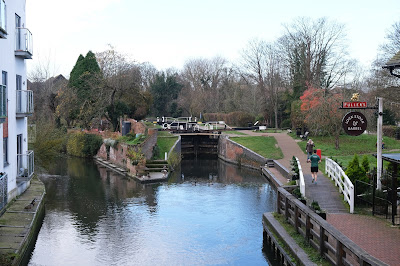 ... and then turn sharp right to descend to the canal bank. The remains of a wharf can be seen on the far side of the canal. 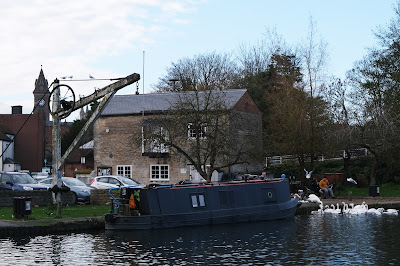 Now into Victoria Park, past the tennis courts to reach the Queen Victoria memorial. The statue and attendant lions was funded by George Sanger (1825-1911), a Newbury born circus owner (is that a clue to the presence of the lions?), and designed by Arthur E. Pearce. It was originally located in the Market Place but removed in 1933 and put into storage. It was installed in its present site in 1966. 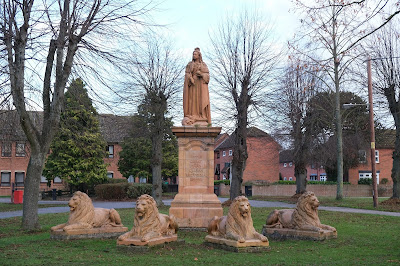 Heading west now I passed this very attractive terrace and emerged into Parkway, 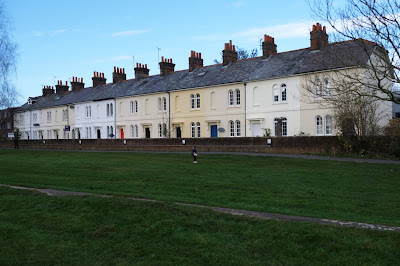 Then into London Road, once the main road from London to Bath. There are a few imposing Georgian houses along here. 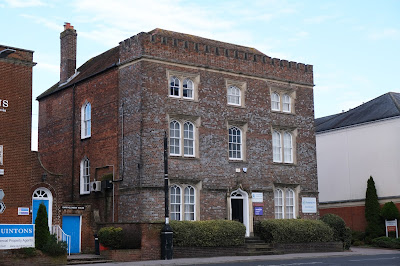 Then left into Northbrook Street at the Clock Tower of 1929 ("Tower" seems an overstatement) and along the wide, mostly pedestrianised street with many 18th and 19th century buildings, now all shops, many of which are vacant. 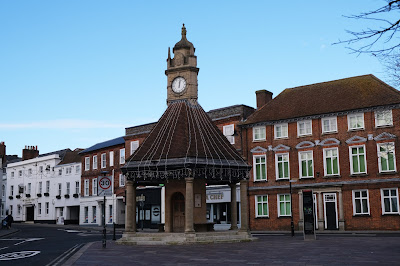 On the right is the slim and elegant Methodist church of 1837-8. 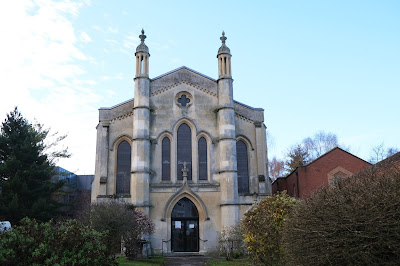 Retracing my steps over the Bridge and along Bartholomew St I turned right into Craven Road to pass the one time Oddfellows Hall of 1886, now apartments. I have found it quite difficult to pin down just what the Oddfellows now do - their website is curiously opaque. There is certainly a Friendly Society ... 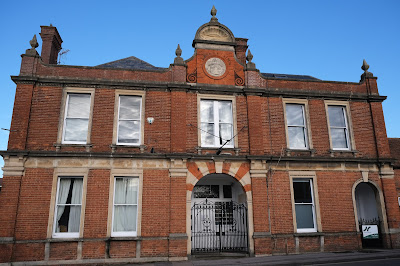 I ended my walk there and headed home.