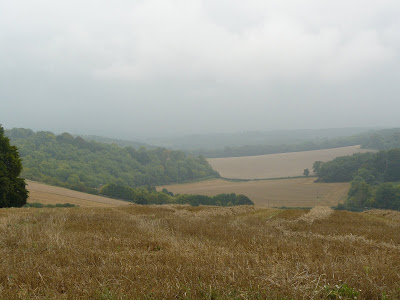 Today - a damp, misty day - we tackled stage 8 of the BBC's Berkshire Way, from Lardon Chase near Streatley to Pangbourne. Seven and a half miles.

The route heads initially south, out of a wood and into fields with lovely views to the south, albeit restricted by the weather. A series of tracks and sections of road bring you to the rear entrance to Basildon Park (on which more below).

We rather liked this barn conversion - a change from the timber ones which abound in Berkshire. 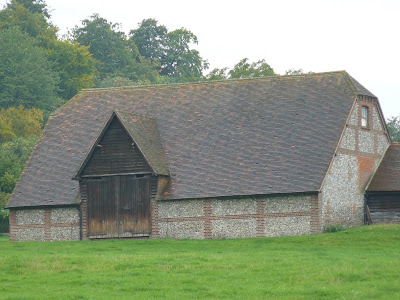 And we loved this Victorian gatehouse with its Dutch gables. 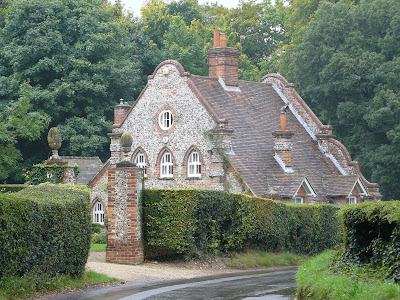 Then a quite long trudge following the wall of the Park down towards the river (Thames) at Lower Basildon. The walk along the Thames Path which formed the final section of the walk was more enjoyable, with glimpses of Basildon Park on the ridge to the right.

We passed to the rear of the Beale Wildlife park, but sadly could not see so much as a llama, although we did hear a peacock.

The final stretch was almost a mile along the main road down into Pangbourne. Still by the river of course, but it felt like a surfeit of pavement/tarmac. There are some wonderfully extravagant Edwardian houses along here with elaborate turrets and gables and big windows.