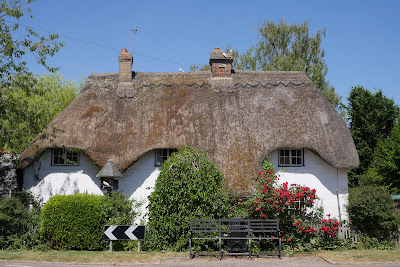 A nice circular walk from the pretty village of St Mary Bourne. The first stage follows the Test Way, which we did in 2017-18. Happily, however, we will be doing the Test Way section in the reverse direction.

We start by the village shop and turn left into the main street and are immediately confronted by a set of Almshouses, named for Robert Holdway and opened in 1862 (and modernised in 1982). 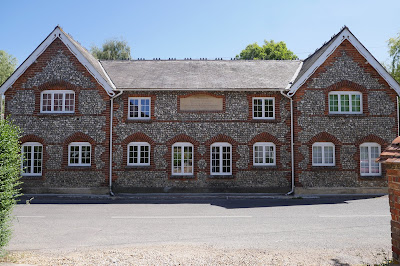 We headed along the main street and turned left then right to join the Test Way heading north west along a series of field edge paths. There was a nice view to the north east after a while. 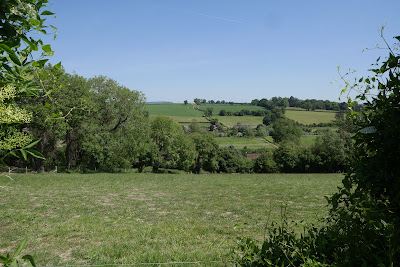 The fields were all arable, with the exception of this lovely field of buttercups and a lone horse. 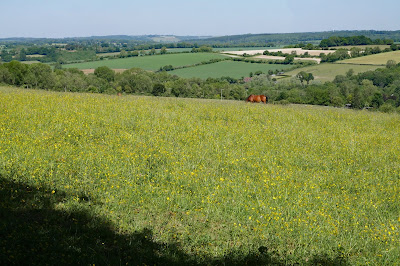 We turned left through woodland to then cross some very large fields belonging to the Trinley Estate (the largest was 250 acres).

Three further paths brought us back to the Test Way on the south east side of St Mary Bourne and we descended to reach the edge of the village and cross the narrow Bourne Rivulet. 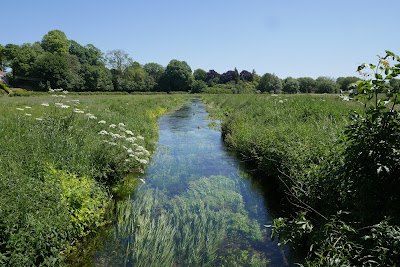 The Rivulet follows the line of the road from Hurstboure Tarrant to St Mary Bourne and is everywhere narrow but fast flowing. At St Mary Bourne it flows into a quite large lake. (Looking at my previous blog of Hurstbourne Tarrant to Longparish) I photographed the lake but didn't realise its connection with the stream.) 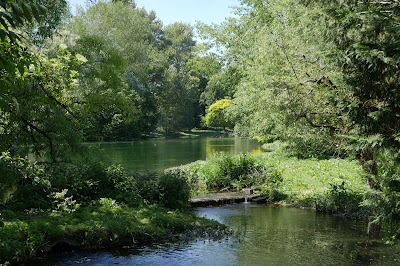 Soon after this we reached the High St passing the 12th century church of St Peter. We weren't of course able to see its 12th century font. 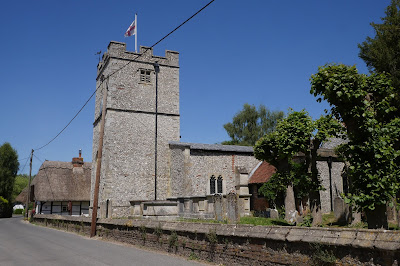 We did admire some extravagant tombstones in the churchyard on our way back to the start of the walk. 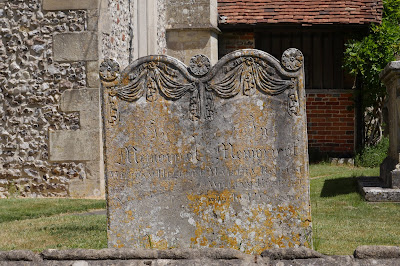 From: Walking in the North Wessex Downs (Cicerone)