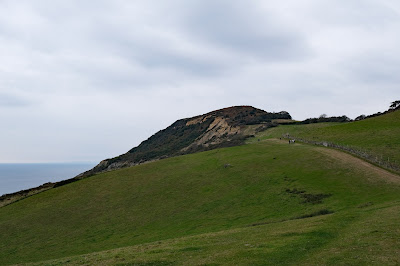 Golden Cap is famously the highest point on the south coast at 627ft / 191m above sea level. The name derives from the distinctive outcropping of golden greensand rock at the top of the cliff. We crossed Golden Cap on a 6.5 mile South West Coast Path walk from Eype to Charmouth in 2012. It seemed about time to see it again. We started this time from Seatown, accessed via a narrow road down from Chideock.

We parked at the busy car park, owned by the Anchor Inn nearby, and headed back up the narrow lane to soon turn left following a sign to the Coast Path and Golden Gap. This led first through woodland and then to more open land. We soon realised one feature of this walk: it was very popular. 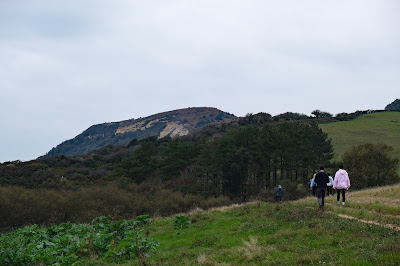 Looking back, we could see Thorncombe Beacon, with the Isle of Portland in the distance. 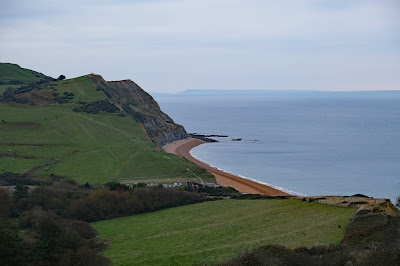 Golden Cap became more striking as we got closer (see photo at the head of this post). And naturally the higher we got, the more extensive was the sweep of coastline that could be seen behind us. 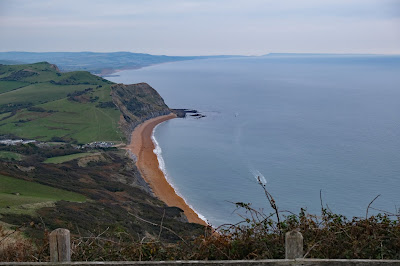 We passed the simple memorial to the Earl of Antrim, who, as Chairman in the 1960s and 70s, spearheaded the National Trust's drive to buy up sections of the coastline before developers moved in. 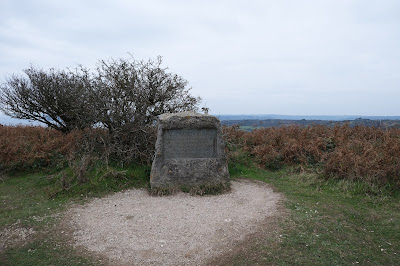 There were great views to the west .. 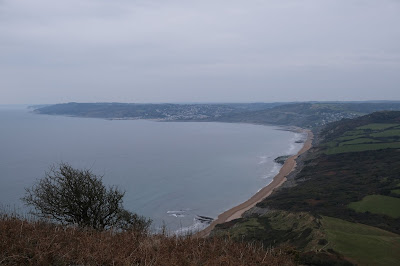 We were very struck by the patchwork quilt of small green fields inland - astonishingly different from the vast arable fields of Wiltshire where we have also walked a lot lately. 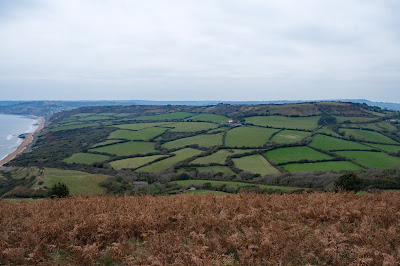 Our route now took us downhill to reach the ruins of St Gabriel's church a few hundred yards inland. It apparently dates back to 1240. 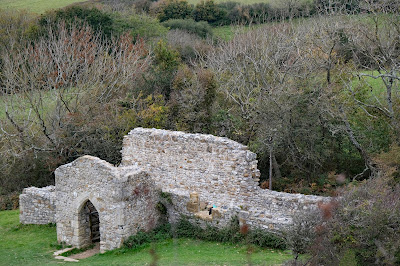 This is all that remains of the lost village of Stanton St Gabriel. I have read that the main road was moved a mile and a half inland at some point, because of coastal erosion, and that this was the cause of the village's demise.

We now headed inland along a narrow lane to reach a crossroads. We turned right and continued up Muddyford Lane, which after a while became extremely steep. We turned right onto a concrete track and passed a National Trust farm with the great bulk of Langdon Hill (178m) on our left. After a couple of fields and large grassy area we found Pettycrate Lane (a muddy track) which headed all the way downhill to meet the Chideock to Seatown road, running more or less parallel with the route we came up on. It was very quiet, although we still crossed a few walkers coming up the hill. Turning right at the bottom we soon returned to the car park.