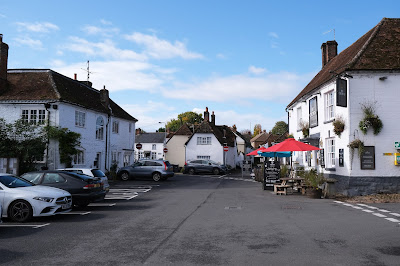 We started this lovely walk from The Square in Aldbourne and made a short detour to take a picture of the church of St Michael. It is of Norman origin, but was partially rebuilt in the 14th century and partly restored by William Butterfield in the 1860s. Pevsner's review suggest that there would be plenty to see inside the church, if it were open. 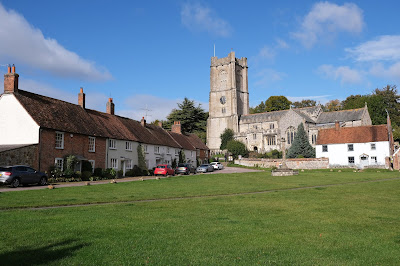 To the right of the large green some filming was taking place involving a yellow car and two actors. The car's number plate was WHO 1, which might be significant, but it appears that the filming was for a documentary. 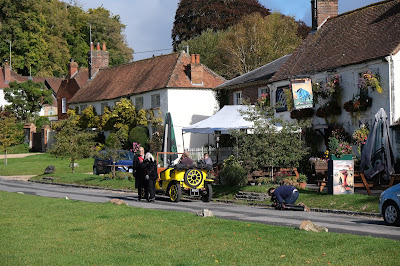 We walked up the hill along the road towards Baydon. A house on the left sported a fine flagpole and a colourful flag: red and black with a yellow circle. It turns out to be the flag of the Australian aboriginal people. But what is it doing in Aldbourne? 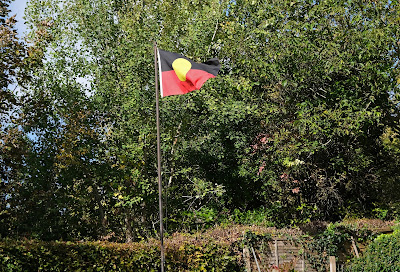 Further up the hill we turned right along a track which brought us to some gallops. 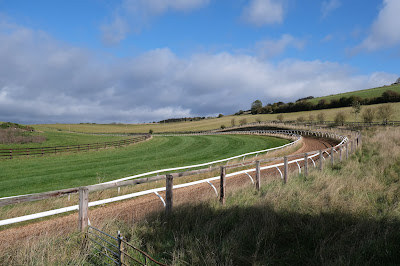 Now we had a steep climb at the top of which there was a lovely view back towards the village. 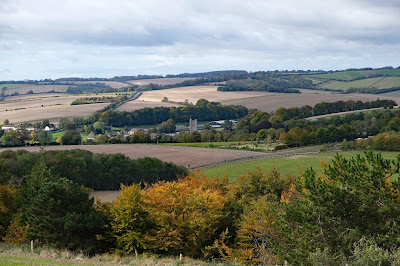 We followed a field-edge path for some distance and then climbed a track up Pigs Hill, with nice views off to the right. 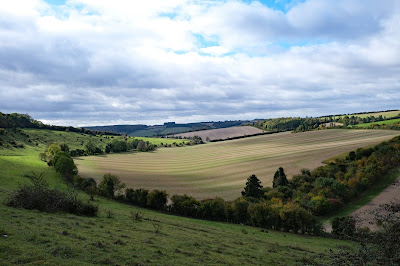 At the top of the hill we turned right along a track and were delighted to spot a lovely Red Admiral in the hedgerow. 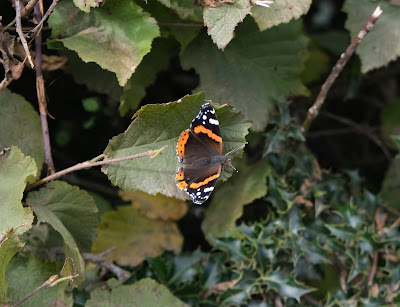 The track became a road, passing the scattered houses of Marridge Hill. We passed Baydon Manor, which might have been interesting but we couldn't see much of it. We soon turned right to descend along a minor road to reach Preston. It is only a hamlet, but it does sport a pretty former Toll House. 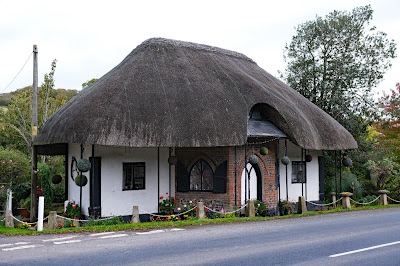 We now climbed steadily to reach the top of Green Hill. On the way there was a lot of this dramatic Black Briony in the hedgerows. 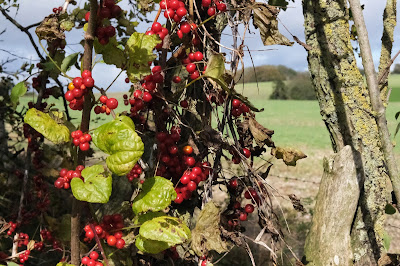 We then turned left along a track to reach the edge of Aldbourne where we continued along a narrow pavement into the village. We enjoyed the old Malthouse on the right. 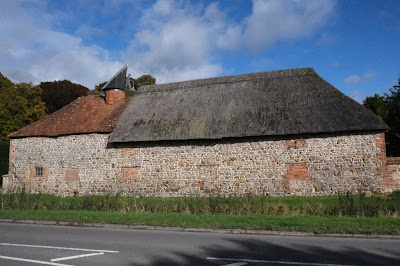