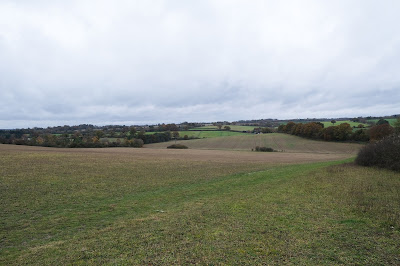 Another walk with my good friend Merv, who planned the route.

We met up on the edge of Peasemore, north of Newbury, and without seeing anything much of the village headed off to the west. We followed a road, passed a nice looking pub, and then took a path to reach attractive open country.

We crossed the B4494 and followed a road to reach Cotswold Farm and a grassy track took us to Oak Ash Farm. From here we skirted Chaddleworth to head east again along a lovely green track marked on the map as Wick Lane. We turned briefly onto a road and then across a sequence of large fields to reach the  attractive Manor Farm on the edge of Leckhampton. We continued past the farm to reach the main street and this church which has been under restoration for many months. The latter section duplicated part of the Chaddleworth and Leckhampton Ange and I did in March. 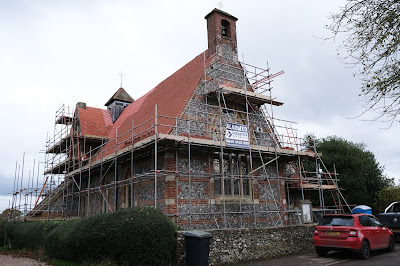 We continued along the same line to descend to cross the B4494 again and then climb to reach the fascinating hamlet of Hillgreen. Immediately in our left was The Old Manor, a beautiful half timbered house. 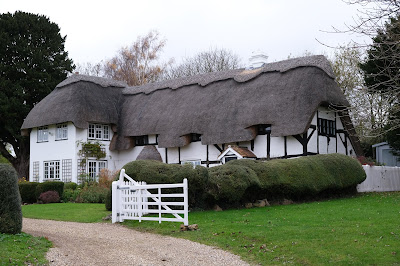 A short way further along was this splendid Georgian mansion, Hill Green House. 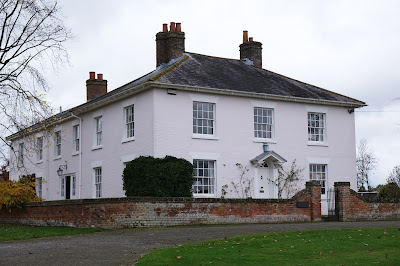 We turned right a few more cottages and headed up a field, which was surprisingly covered in a crop of Oilseed Rape. I seem to have seen much less rape than usual this year and it seems very odd to see it in November. 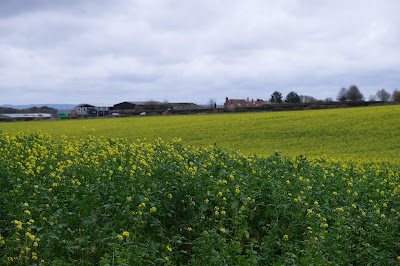 At the top we emerged through some trees to find a beacon in a large grassy field. 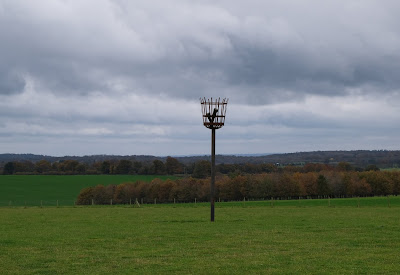 Now along a short section of road, past a wrecked SUV which had driven into a tree, to cross a field and reach Peasemore. The path took us through the front garden of a house - the owners were enormously friendly and unfazed - to reach the church of St Barnabas.

The tower bears the inscription "1737 Will Coward Gent built ye tower" (Pevsner) but what you see now is largely the result of a remodelling in 1842 and the addition of a new longer chancel by G E Street in 1865. 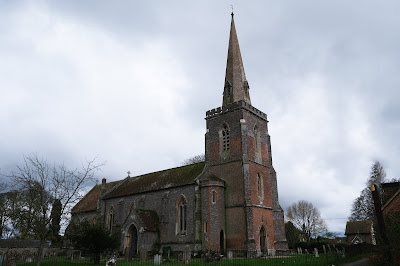 As we returned to our cars we passed this lovely group of barns belonging to Peasemore Manor. 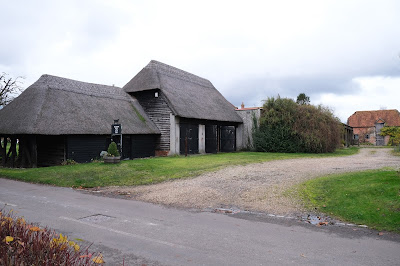