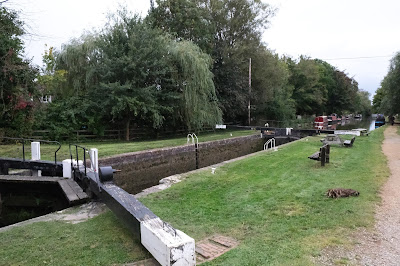 We parked by the Kennet & Avon canal to start our walk at Kintbury Lock. We headed east along the tow-path and soon passed this unusually large craft. 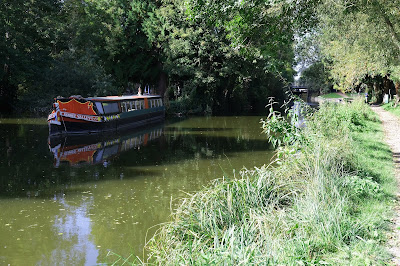 After half a mile or so we passed the handsome Shepherd's Bridge ... 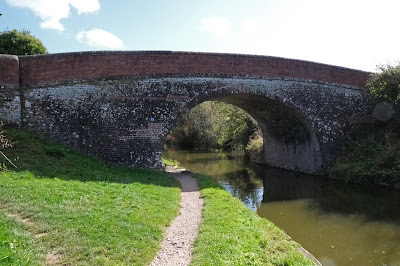 ... and soon became aware of a large number of Red Admirals attracted by the greenery. 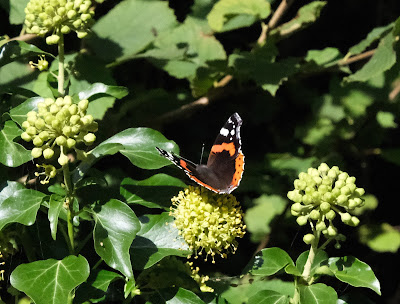 A little further on was one of the wartime pill boxes that are to be found all along the canal as far as Reading. This one was in better shape than many of the others. 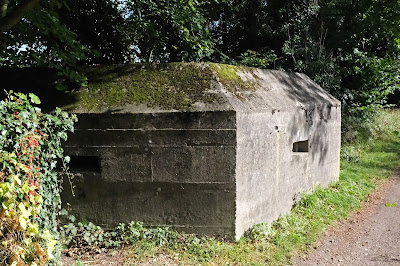 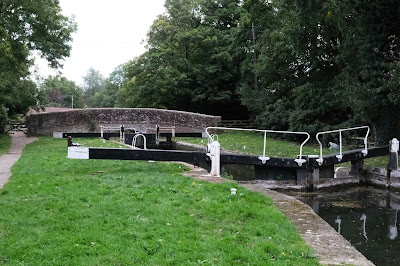 ... and left the tow path here crossing the bridge and then the River Kennet, which at this point is on the right of the canal (it is sometimes on the left). 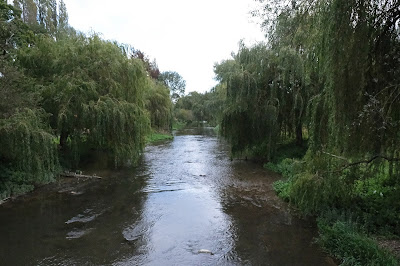 We entered Hamstead Park and walked up past the remains of the Norman motte and then past the church to reach some imposing gate posts (several other sets can be seen over to the left). They are the remnants of a mansion built for the first Earl of Craven between 1663 and 1697. The house burnt down in1718. 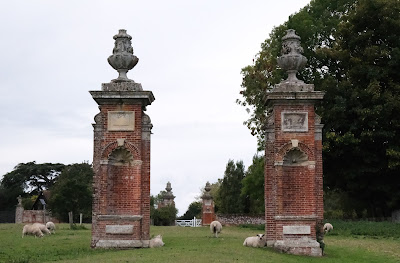 We walked through a group of attractive houses, apparently former barns ... 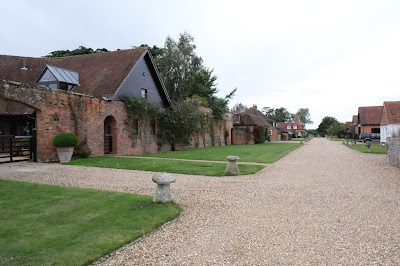 ... to cross a road and then make our way across various fields, mostly well stocked with cows. At length we had a high level view of Shepherd's Bridge. This is quite unusual as the canal is usually only visible near ground level. 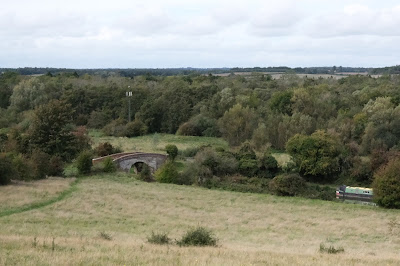 From here we climbed across fields to join a minor road into Kintbury. We admired the former watermill buildings ... 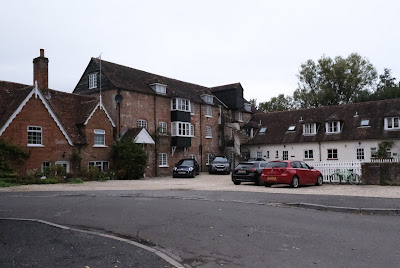 ... and the pretty bridge over the Kennet with its beautiful Maple tree. 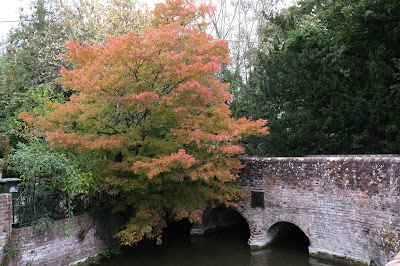