Ashdown House and the Ridgeway 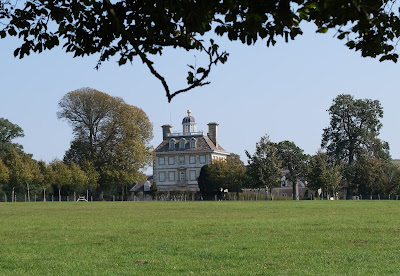 Today's goal was to do a circular walk involving a length of the Ridgeway and other tracks and hopefully to get close enough to Ashdown House to take some photos of it (we knew it was closed). We (Merv and I) started just south east of Ashbury, where the Ridgeway crosses the B4000. The spot is known as Ashbury Folly for some reason - no folly could be spotted. We headed west and after half a mile turned left down a track heading towards Ashdown. There was a lovely view over the downs to our right. 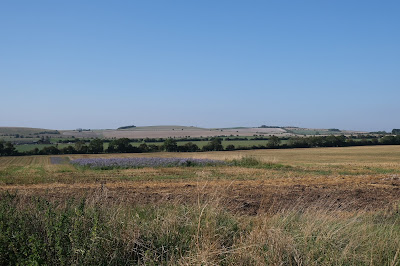 A left turn across fields led us to the rear of Ashdown House and our first view (see the head of this post). The house was built in 1662 by William, Lord Craven, for Elizabeth, the daughter of James I of England and VI of Scotland. Her husband, Frederick, the Elector Palatine, was defeated at the battle of White Mountain and Elizabeth was thereafter known as the Winter Queen (echoes of Game of Thrones!) After Frederick's death Craven looked after Elizabeth and it is said that they married in secret, although there is no evidence for this. Sadly, Elizabeth died before the building of the Dutch-style house was complete.

A little further along there was a more square-on view of the back of the house which made the two pavilions visible. 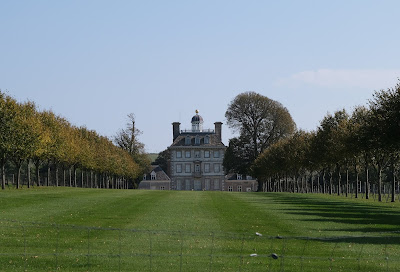 We headed anti-clockwise passing Ashdown Farm this disused, but rather imposing, stable block. 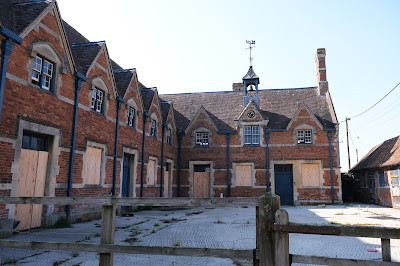 We passed the main entrance to the House and were lucky to get this shot up the drive as a car drove in. 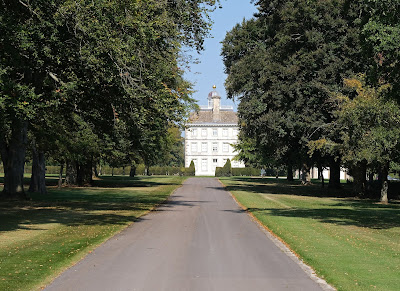 We crossed the B4000 and began a steady climb up the grassy hillside, with this initial view back ... 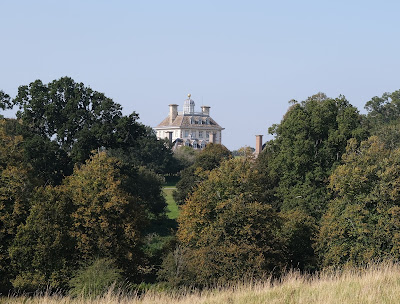 ... soon followed by this view which highlights the downs at the rear of the House. 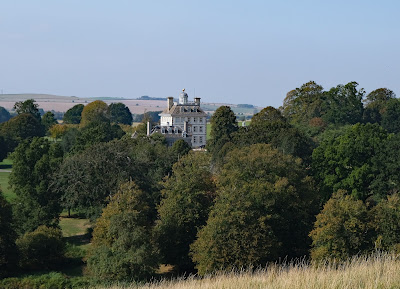 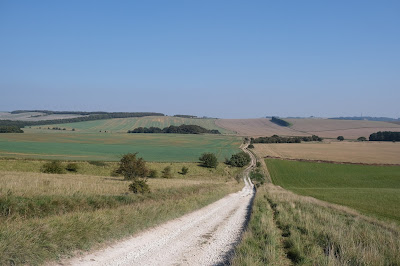 We could see a series of parallel tracks to the left all of which would head towards the Ridgeway. We so enjoyed the track we were on that we ended up taking the last of the tracks and making our walk longer that we had planned.

Soon we were rewarded by  quite a large herd of deer charging across the track and then regrouping in the middle of a large field. 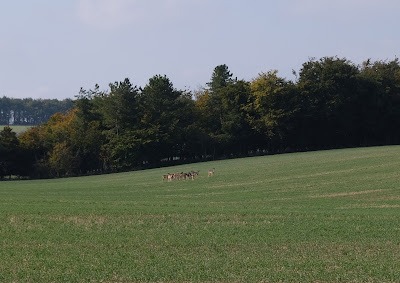 Eventually we rejoined the Ridgeway and turned left along the track. 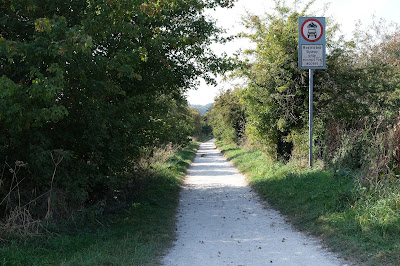 Some distance later we came to Weyland's Smithy, an imaginative name for a long barrow. We passed by here in April 2015 when we were doing the Gramps Hill to Ashbury Folly stretch of the Ridgeway. It looked rather different with the trees still in leaf. 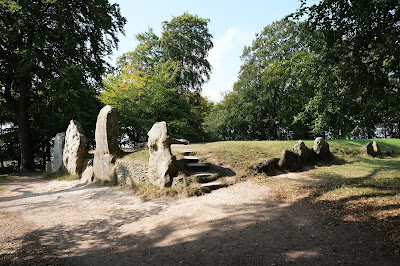