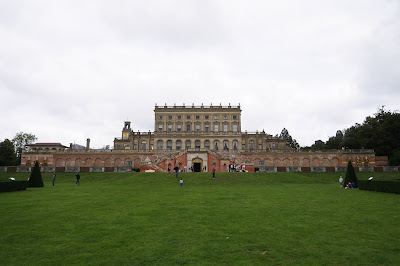 This lovely family walk around Cliveden also offered the opportunity for another blog about a stately home. I was surprised at first to get a lot of stick from my daughter-in-law for never having been to Cliveden before: just because I have lived in Berkshire for 45 years without doing so.

The present Grade I listed house was built in 1851 by the architect Charles Barry for the 2nd Duke of Sutherland.  Two previous houses on the same site burned down. The house sits 40 metres (130 ft) above the banks of the Thames and its grounds slope down to the river.

Cliveden became the home of the Astor family in the 1920s and in the 1960s was notorious for its contribution to the Profumo affair. After the Astor family stopped living there, it was leased to Stanford University, which used it as an overseas campus. Today the house is leased to a company that runs it as a five star hotel.

We started with the lovely water garden with its Chinese Pagoda. 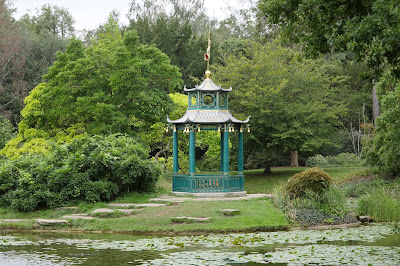 Of particular interest was this heron standing stock-still on a concrete block. 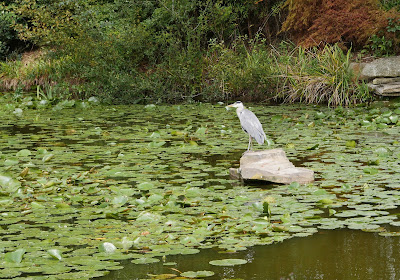 We had some fun with whether it was live or statue. Even when it moved its head there was some willingness among our group to believe it was an automaton ... The matter was only resolved definitively when it flew off.

We ambled through woodland to come out at the rear of the house. The view from the terrace was wonderful, although you couldn't see the river. 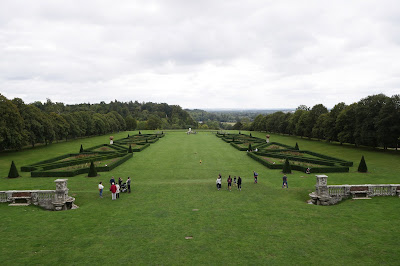 We headed round to the front,  the main car park and entrance to the hotel. 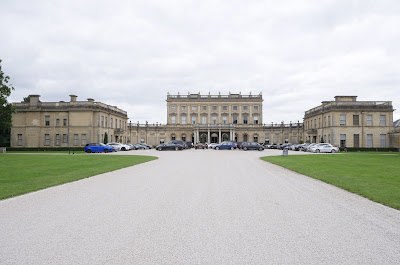 To the right was the magnificent gilded Clock Tower. The  100 foot (30m)  tower was added in 1861 and was the work of the architect Henry Clutton. An open exterior staircase can be seen on the right. The tower still functions as a water tower and provides water for the house. 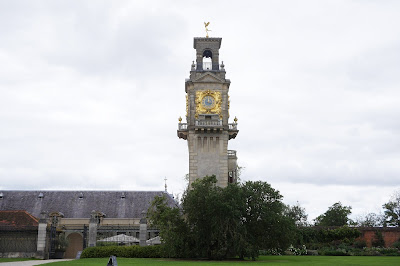 We paused for refreshments at the Orangery and admired this dovecote on the corner of the building. 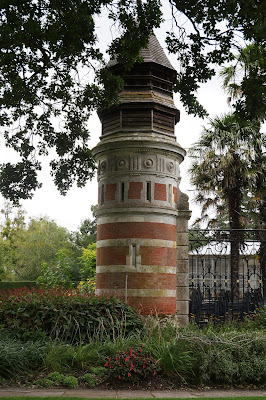 Returning to the front of the house, we walked along the main drive to pass the lovely scalloped-shaped fountain. It is known as the shell fountain, or the Fountain of Love. It was commissioned by Lord Astor from the sculptor Thomas Waldo Story in Rome in 1897 and for this site. 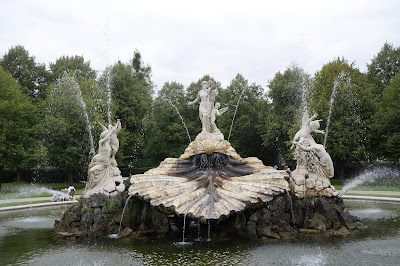 It remained only to return to the car park.  I have focused on some of the buildings (others we missed), but a great deal of fun was also had by the kids involving games with sticks, a frisbee, and general chasing around. A wonderful day out. I wished I had been sooner!