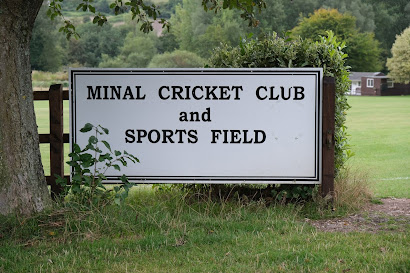 We turned right and crossed the pretty River Kennet. We couldn't quite decide how much we liked the new house on the far bank. It was certainly striking. 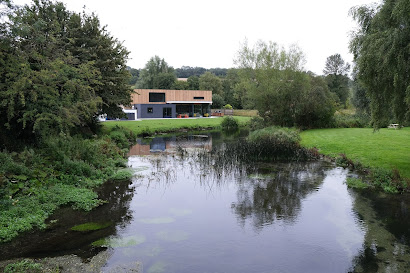 We headed along the road for a short way then took a left into path leading across a large field. We knew that the walk was basically a rectangle and we could see on the right the high ground we would doubtless be returning on. 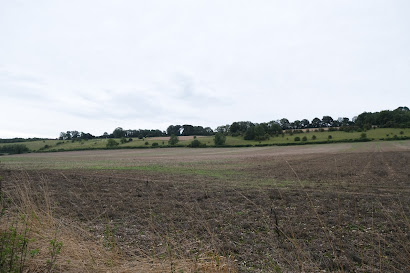 We passed the fortified Roman site of Cunetio - sadly no traces remain, although the Cunetio Hoard was found there. It was the largest collection of Roman coins (almost 55,000 of them) ever found in Britian.

Now were closer to the river and it was surprising to see that first the right bank and then both banks had been mowed. There were also a couple of benches. A sure sign of private ownership! 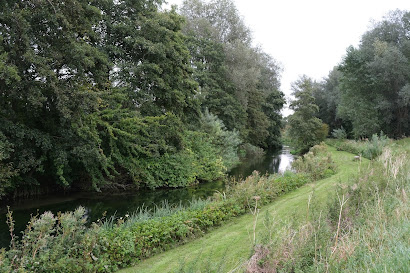 Reaching Stitchcombe, we turned right and climbed quite steeply to high ground and then turned right again to follow a parallel route to the one we had previously taken. We continued along this line until we were opposite Mildenhall. Here we turned right, descending open access land. It was raining now and the hillside was quite slippery. It looked like a lovely piece of chalk down and on a better day would probably have been busy with butterflies.

It was interesting to see how close we now were to Marlborough. The spires of the two main churches can be spotted at the edges of the photo, behind a densely packed housing development. 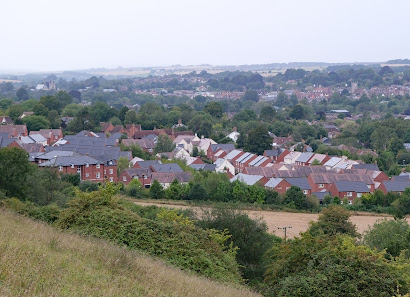 At the bottom of the descent a couple of lanes led us back to the bridge over the Kennet. We turned left and walked long the back of the Cricket Ground to reach the Church of St John the Baptist, photographed from under a tree. 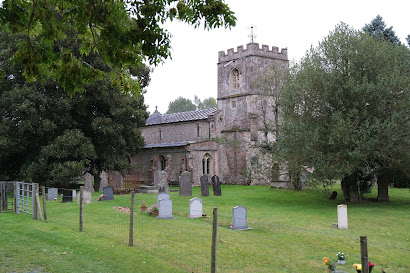 It dates back to Saxon times and has a 12th century nave and Georgian box pews, pulpit and gallery. Just beyond the church we reached the main road and our car.

From: Walking in the North Wessex Downs.