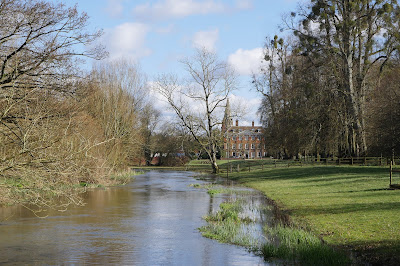 We visited Welford Park with friends ostensibly to see the celebrated display of Snowdrops. It was the first decent day of weather for a while and so we were all looking forward to it very much. Sadly however the Snowdrops had largely passed their peak. We still had a nice outing though.

From the car park a path leads into the grounds of Welford Park and along the bank of the rather lovely river to the wooded area where the Snowdrops are normally found. As the picture shows, none were in view, but the view itself was very nice. 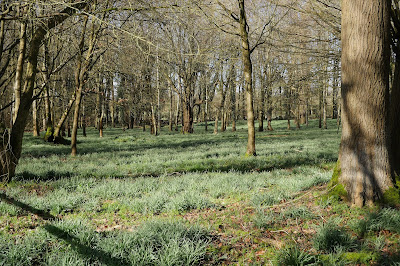 Happily, we did find a small clump in the corner of the wood, so our mission wasn't in vain. 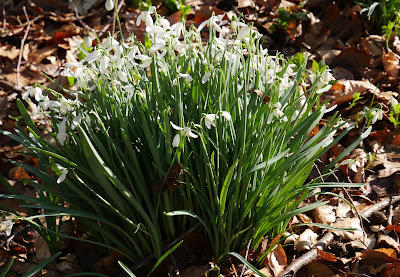 We crossed the river bridge (see the photo at the head of this post) and walked towards the House, passing this lovely row of trees. 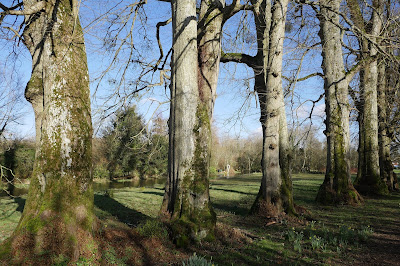 Further on, on the left by the water was this lovely withy clump. 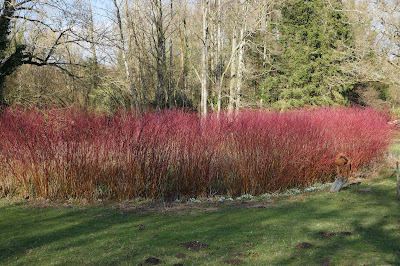 I must admit that for me seeing the house and church were probably more important than the Snowdrops. We had some glimopses of it when were walking from Lambourn to Welford on the Lambourn Valley Way . The house dates from the late 17th century and, unusually, has been in the same family for all that time. 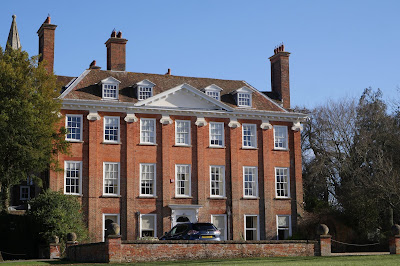 The church, which is just behind the house, has an interesting history. It was built in 1852-55 to replace a Norman church which had a 13th century stone spire with eight dormers. The new church's tower and spire are an exact replica of the previous one, although everything beneath them is new. One can't help but wonder why they did it. 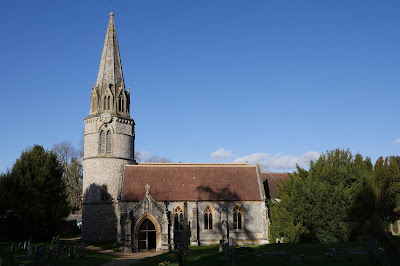 Lovely ... and I'm so glad I'm not the only person who looks for snowdrops at the wrong end of Spring. You say one family has lived there for 400 years ... who are they???

Hi Sally The history of ownership can be found here https://www.welfordpark.co.uk/history The "same family" that I referred to may be more precisely described by Pevsner as "uninterrupted descent"