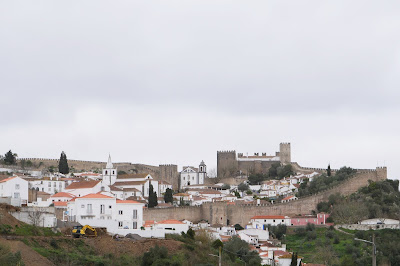 The castle and parts of the town walls

We arrived in Obidos last night to start 6 days of sight-seeing in Portugal. Obidos is a attractive small town famous for its walls and castle (now a Pousada or hotel). We started outside the town gate and our attention was quickly caught by the sight of an aqueduct whose columns stretched away into the distance. It was constructed in the 16th century to provide a constant supply of water Obidos. The project was funded by Queen Catherine, who sold her lands that surrounded Obidos to pay for the construction. The aqueduct extends for 3km to the southeast of Obidos, and there is a further 3km of tunnels to the source of the water. 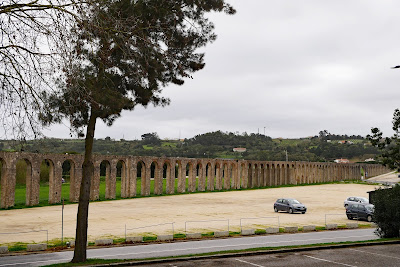 The gate looks recently renovated, although it dates originally from 1380, but it does have a nice craft shop next door - see the woman in the window on the right. 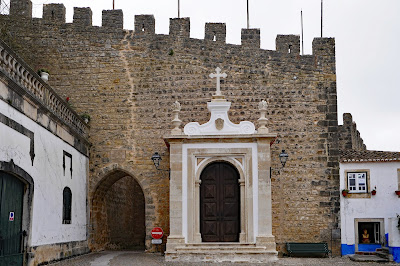 As you enter the gate you are immediately confronted by the wonderful 17th century Oratory of Our Lady of Piety with its  beautiful 18th century tiles. I was moved to check the meaning of an oratory - it is a small or private chapel. 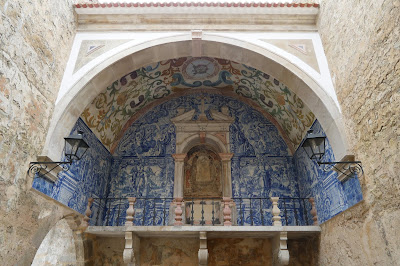 We headed along the winding main street, the Rua Direita, lined with the inevitable gift shops, which somehow seemed less commercialised than usual, to reach St Maria's square. This was dominated by the church of the same name. It was badly damaged by an earthquake in 1535 and rebuilt. 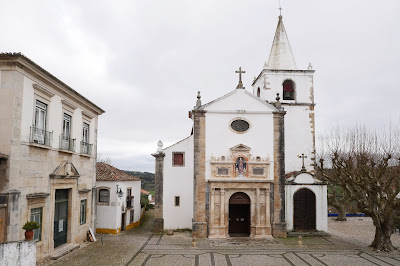 Inside it was a riot of colour, every surface being covering with ceramic tiles, azulejos. 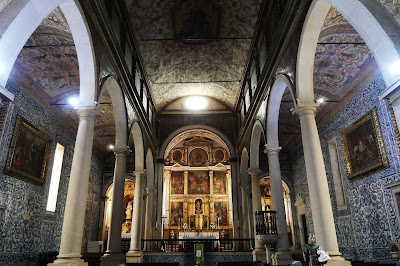 On the opposite side of the square was the surprisingly ornate pillory of 1513. The pillory was a gift to Obidos, from Queen Leonor, after the queen spent time in Obidos grieving the mysterious death of her only son in 1491. On the pillory is her emblem: fishing nets. It was apparently used to hang criminals. 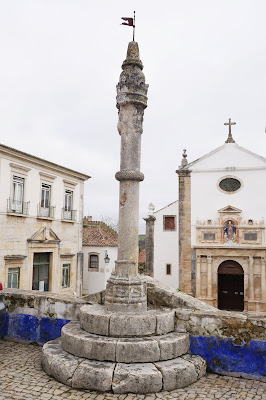 And on the side of a building to the left of the church was this rather splendid figure. 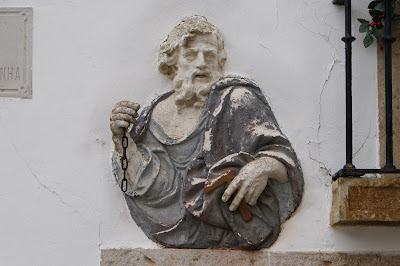 We continued along the Rua Dereita towards the church of St Pedro - also rebuilt after an earthquake, this time in 1755. 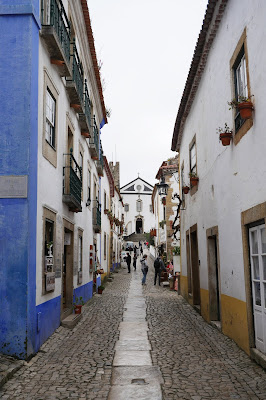 Beyond it lay the castle, with imposing walls and towers .. 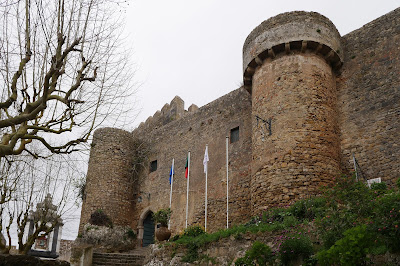 ...surrounding a large keep which now has the hotel's restaurant on the top floor. A night-time shot felt more atmospheric. The window you can see has been rather crudely inserted into the wall, but as we later found out, offers a great view as you eat your breakfast. 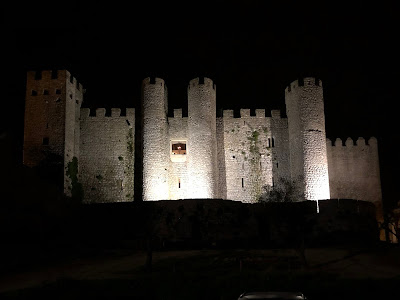 Here are a couple of views from the rear of the keep taken the following morning. 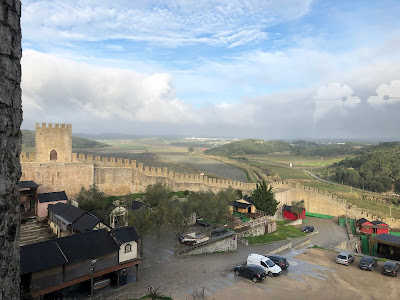 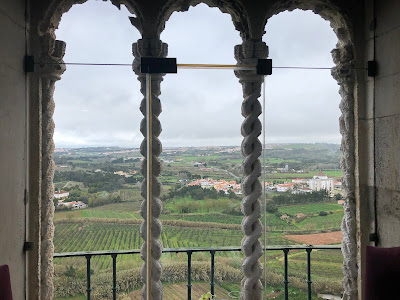 Conditions: pretty grey for the most part.

Rating: four stars. A delightful town.
Posted by PH at 17:18