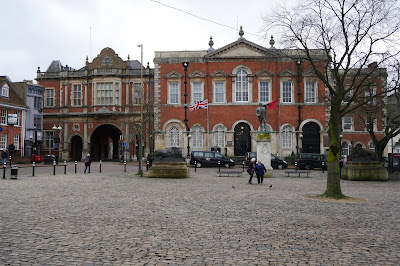 Another of our town walks with my friend Merv. This one was guided by an excellent booklet produced by the Town Council and available for £1from the Town Council Office or the Museum. We started the walk in the irregularly shaped Market Square. At the far end is the County Hall of 1740, which included the County Court, and the Corn Exchange to its left. The Heritage Walk booklet offers the macabre information that public hangings took place outside until 1840.

The main entrance to the County Hall, appropriately enough, has an Aylesbury duck over the doorway. 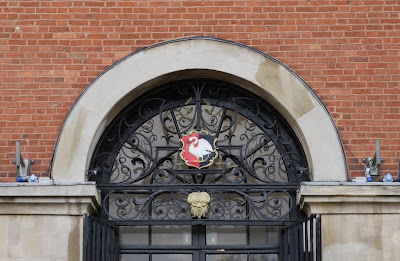 In front of the Court House are a fine pair of lions. They once stood on the lawn of Waddesdon Manor and were given to the town by Baron Ferdinand de Rotthschild, the local MP from 1874 to 1898. 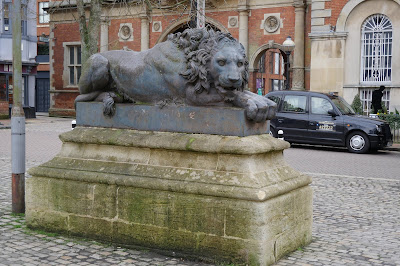 The other main feature of the Market Square is the Clock Tower, which was unveiled in 1865. 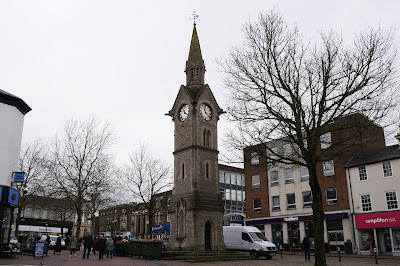 We walked through the passageway under the Corn Exchange and were struck by this monument to David Bowie. 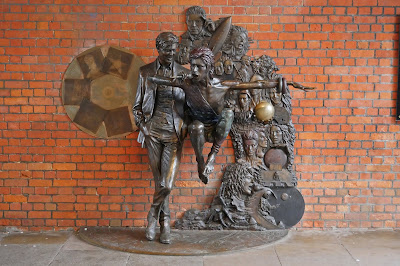 At the back of the County Hall are the former Gaol and Judge's lodgings. 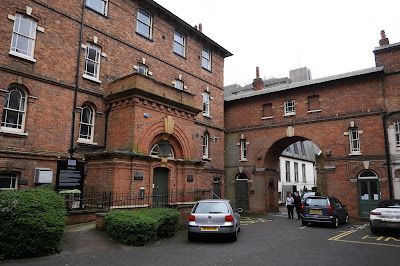 Continuing in this direction I spotted to my joy a branch of Gourmet Burger Kitchen (so lunch was sorted) and the impressive Aylesbury Waterside Theatre which was opened in 2010. 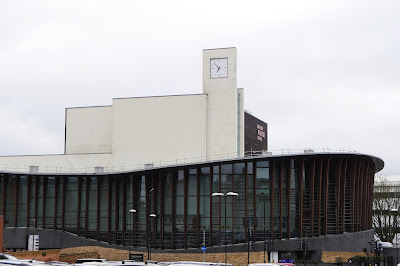 We doubled back and walked through the Market Place to the opposite corner where there was a fine statue of Disraeli. 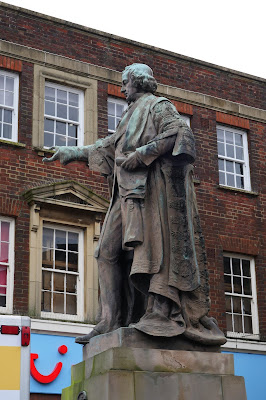 Diagonally opposite from it was this imposing bank building. 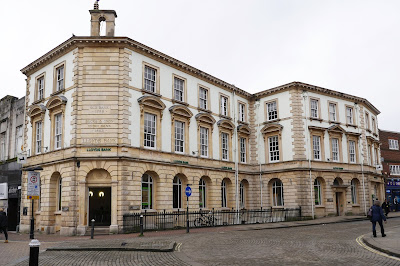 Our route now led into a square called Kinsbury, from which a narrow street, Pebble Lane, led towards St Mary's Square. St Mary's church dates from the 13th and 14th centuries, but like so many churches it was restored in 1850 by Sir George Gilbert Scott. At some point the church housed the town's fire engine. 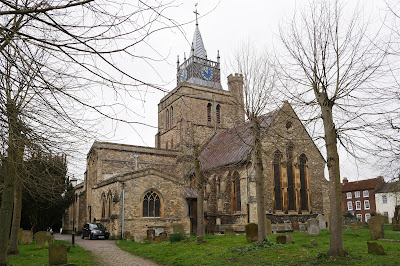 On the diagonally opposite side of the square is this rather nice row of houses, which seem to have once been the workhouse. 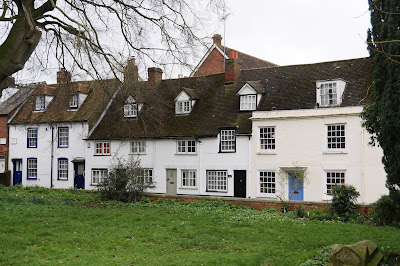 Left of the church, at the entrance to Church St, are Hickman's Almshouses (surprisingly not mentioned in the Heritage Walk). They established in old cottages in 1695 and rebuilt 1871 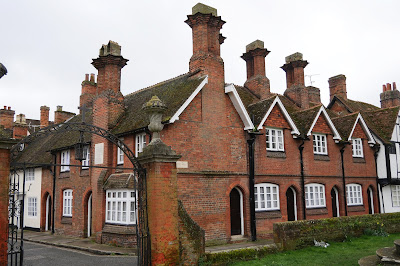 Further along the picturesque street is the Chantry with a Gothic facade added in 1840 over a 15th century facade. It was the home of Thomas Hickman who founded the eponymous almshouses and whose charity has provided a good number of properties for the less well-to-do. 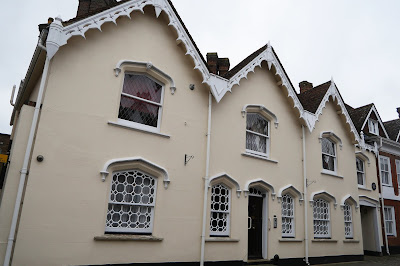 At the bottom of the street is another fine mansion. 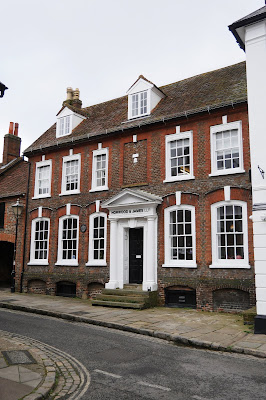 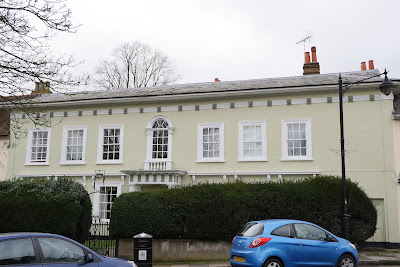 Rating: four stars. As Pevsner says "there are plenty of enjoyable buildings, but almost nothing of the first order".
Posted by PH at 22:00