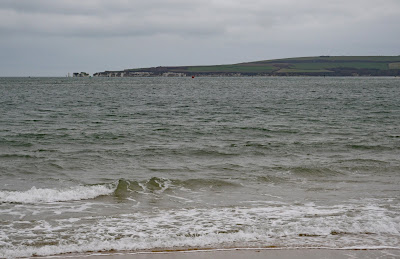 We like to do a walk along the beach around New Year and this year, for a change from walking along Studland Bay, we decided to walk from Sandbanks to Branksome Chine and back. We did a linear walk from Sandbanks to Bournemouth Pier as part of the Bournemouth Coast Path back in 2012, but that involved walking the chines behind the beach. Today we are going to stick to the beach.

There are a series of rocky groynes projecting out from the beach, hence this picture which appears at first to have been taken from out to sea. The line of buildings at the back of the beach is striking. 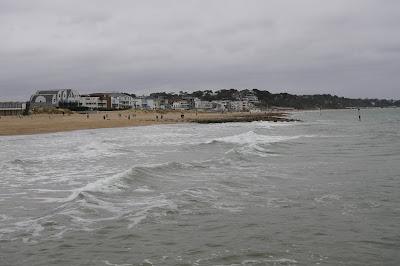 After a careful scrutiny, we decided that this little group was the most interesting and attractive, with the one on the right being the overall winner. 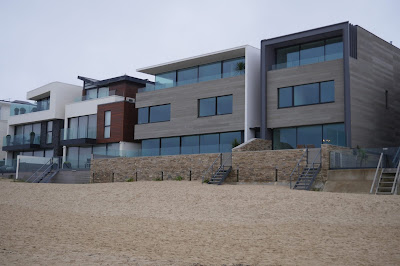 We passed the Sandbanks Hotel and were struck by these double-decker beach huts. A little bit unusual. 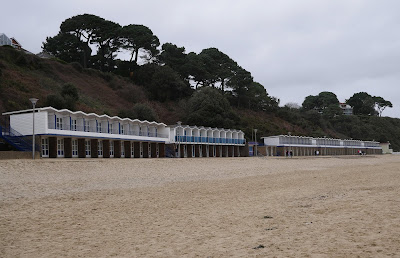 We continued along the shoreline to reach Branksome Chine. The path up the chine has been invaded on both sides by beach huts scattered with gay abandon. The original coastline can be seen to the right. 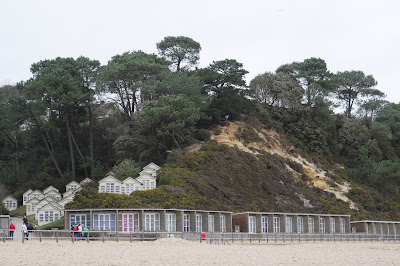 After a short while the beach became much less developed - and much more inviting. 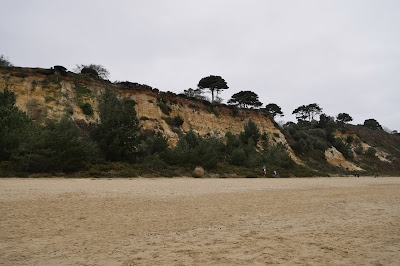 This of course ended as we reached Branksome Chine, where beach huts extended in both directions from the Chine. This was the view along the beach towards Bournemouth and beyond. A good few wind surfers were out and on the horizon on the right it was possible to make out Hengistbury Head. 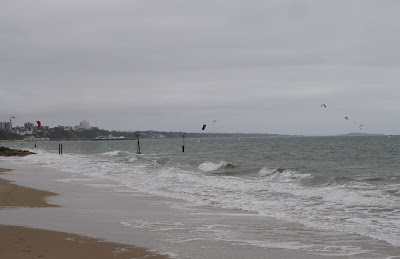 We had a pleasant drink in the cafe there before turning round to head back to Sandbanks in the increasingly heavy drizzle.

Rating: 3 stars. An enjoyable stroll. It was interesting to see the chines from the beach.
Posted by PH at 18:49