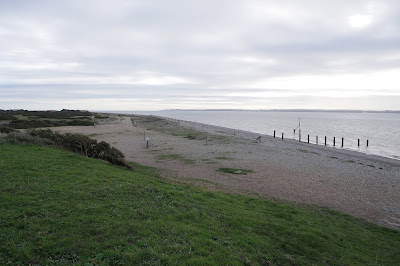 After something of a gap we rejoined the Solent Way at Lee-on-the-Solent. We continued along the shoreline path for a short way before going through a gate into Browndown, an Army Firing Range. Just like at Lulworth a sign explain that you could only enter the range if the red flag was not flying. Happily it was not!

There was a choice between walking along the shingle beach or taking an inland path. We chose the latter as being easier to walk on, although doubtless a bit longer. We wandered along a grassy path with patches of shingle and then, realising we were getting further away from the coast, headed towards the sea. This brought us past this strange structure ... 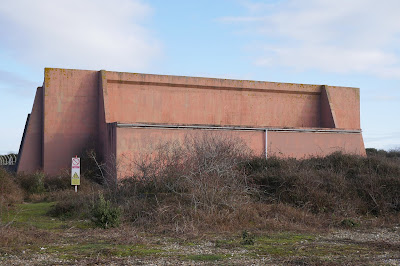 ... which turned out to be a firing range, presumably for smaller weapons.

As we reached the back of the shingle beach we passed this mysterious structure, rather reminiscent of a mushroom. There seemed to be no way into it and the top seemed to lack any obvious vent (I thought it might be some sort of ventilator for unfathomable underground activity). It remains a mystery. 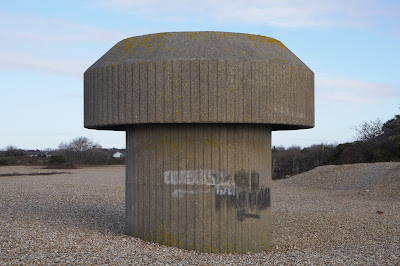 Shortly after this we reached the exit gate and were hugely amused to discover that the firing range had been closed since .... 1977!

On leaving Browndown we passed a busy car park with some mysterious metallic structures at the back. Another information board, hopefully up to date, told us that this was part of a diving museum 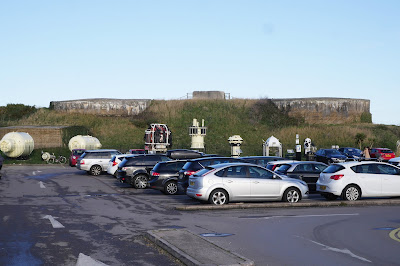 We had had enough of shingle so we followed the edge of Stokes Bay along a nice solid path at the back of the shingle. On the landward side there was a car park, a fish restaurant, a lifeboat station and a vast grassy area. There were also these brutalist beach huts - we are becoming connoisseurs of beach huts. 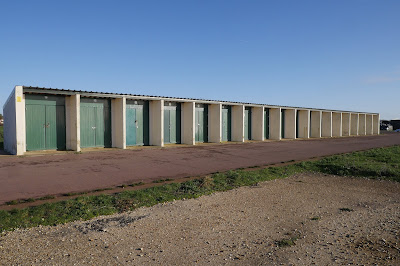 The end of this stretch was marked by a golf course to the left and a fort which you have to skirt on the landward side. There is a large mound but not much else to see at first. As you skirt the the unusually named Fort Gilkicker you reach the entrance, which looks pretty derelict. A sign suggests there is a plan to convert it to housing, but there is nothing to suggest anything is happening. 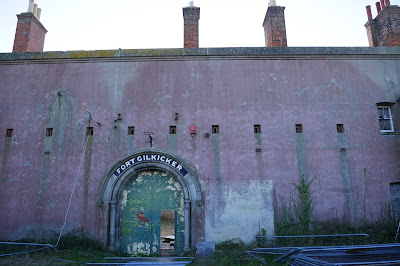 We walked away from the fort with a golf course on both sides to reach Fort Road where we turned right towards the centre of Gosport. Reaching Haslar Road we walked along the side of the huge Fort Haslar on the left ... 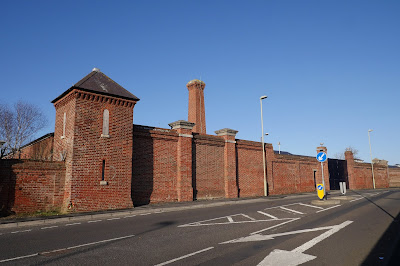 ... and passed the former Naval Hospital on the right. It too is being converted into apartments, seemingly with more success. The entrance tower was rather splendid. We thought we might fancy an apartment on the upper floor. 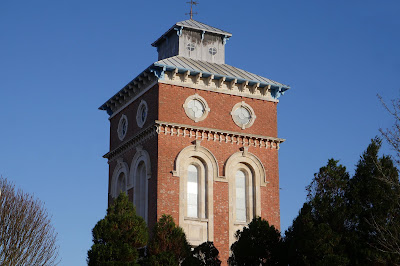 At the end of Haslar Road there is the Submarine Mueum on the right and a little further on you come to the Haslar Bridge ... 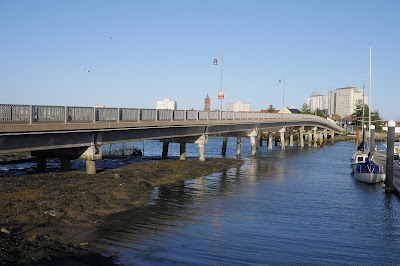 ... with the Haslar Marina on the right. 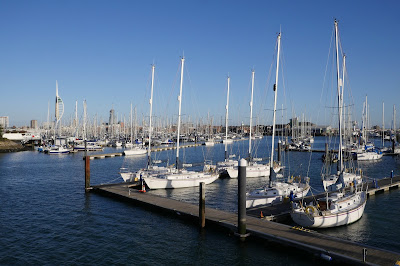 We followed a harbourside walkway to return to the car park where we had left the car. Across the harbour there was a fine view of the 170m high Spinaker Tower which opened in 2005. 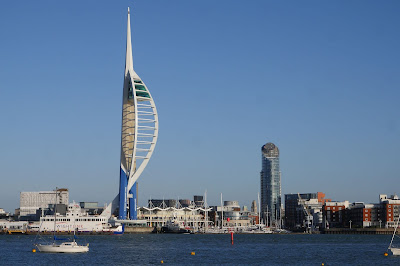 A bit further along to the left on the Portsmouth I was astonished to see two giant aircraft carriers moored side by side. They are HMS Queen Elizabeth (right) and its identical sister ship HMS Prince of Wales and apparently this is the first time they have been moored in this way.  This information is courtesy of BBC News, which also pointed out that the carriers cost £3.1bn each 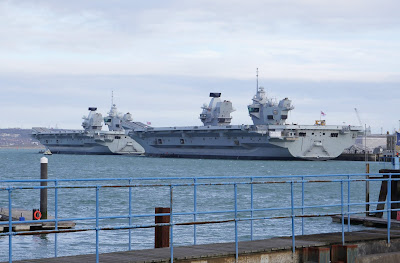 Rating: 3 and a half stars. A strange, but unexpectedly interesting, walk which was unique in places.
Posted by PH at 22:15