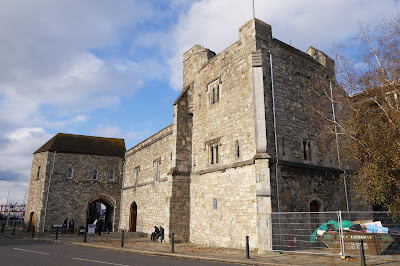 We have had a bit of a lull in our Solent Way project - since mid July - but here we are, back on it. We resume at Southampton's Town Quay and turning right from its entrance, we pass the remains of the City's Weest Gate and then reach the 15th century God's House Tower. It was built to protect the sluice gates which controlled the flow of water into the (then) town moat. It was also the headquarters of the Town Gunner. A look at our 2012 City Walk in Southampton revealed that we had in fact come this way before.

We continued along Platform Road and into Canute Road where we admired the plasterwork on this former hotel. 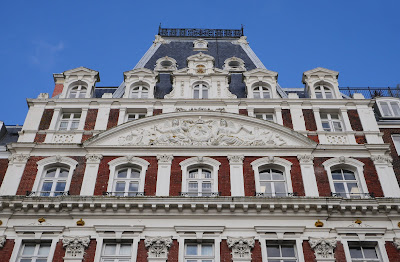 At the end of Canute Road we climbed up to the Itchen Bridge to cross the wide River Itchen (looking into the sun unfortunately). 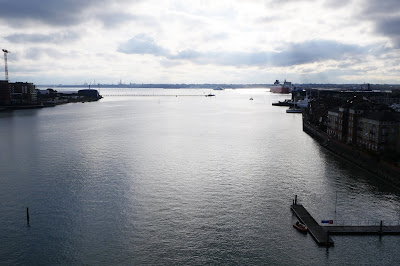 We walked through the suburb of Woolston, grateful for the frequency and precision of the way markers and emerged on the side of the Itchen. We were struck by the great size of this ship moored on the other size of what is now Southampton Water, fed by the Test and the Itchen. 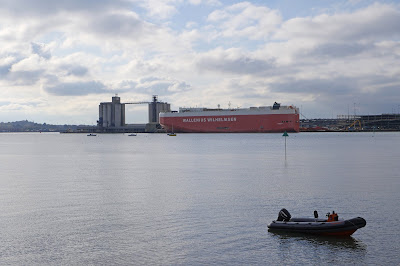 We headed along Weston Parade where there were four rather lovely art deco pavilions. All the windows have long gone and there was inevitably a lot of graffiti. Such a shame. 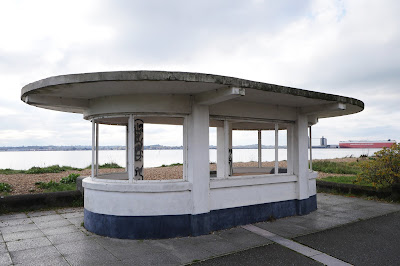 At the end of the Parade we continued through Westwood Woodland Park, keeping near to the waterline. 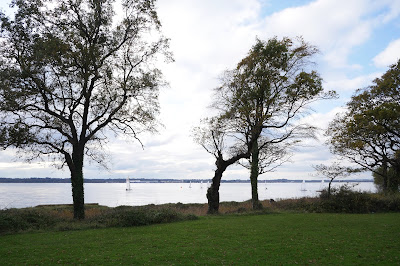 We emerged onto a road and were delighted to find the ruins of Netley Abbey (English Heritage) right opposite. The original Cistercian abbey was founded  in 1238 and granted to Sir William Paulet, Marquuis of Winchester, by Henry VIII after the Dissolution of the monasteries. Paulet demolished the monks' refectory and added a large house. The house remained occupied until 1714, when it seems to have been abandoned as a picturesque ruin. Paulet's additions were removed in the 19th century.

We were surprised by how big it is - this is the first view you get of it. 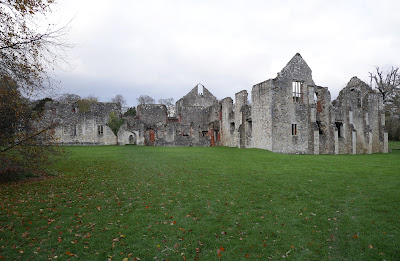 And beyond the main facade lies a massive cloister and the remains of the church. 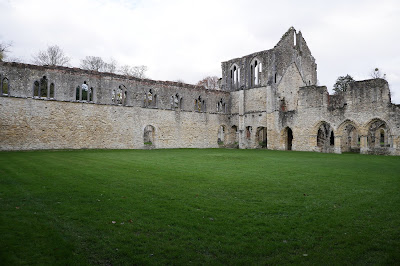 We continued along the road through the village of Netley and rejoin the waterside at the entrance to the Royal Victoria Country Park. This was once the site of the massive mid 19th century Royal Victoria Hospital, designed to care for British soldiers who were fighting in sundry wars across the globe in that period. The initial trigger was the appalling conditions of field hospitals during the Crimean War.

The hospital was over a quarter of a mile long and was the world's longest building when it was completed. It fell into disuse after the Second World Wat and was closed in 1958, and burnt down in 1966. All that remained was the imposing chapel. 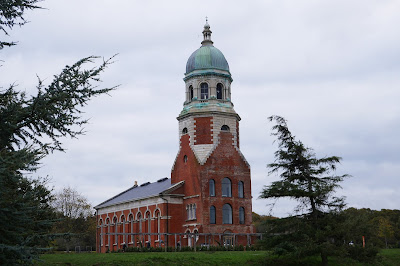 We walked through the park, keeping as close to the water as we could to emerge on a narrow coastal path passing a oil terminal and a massive jetty. We slightly overshot the correct route as we approached Hamble-le-Rice, but managed to find the right way in the end to reach the Foreshore car park. This is where the cheerful pink ferry goes to Warsash on the opposite side of the River Hamble, the third river to flow into Southampton Water. 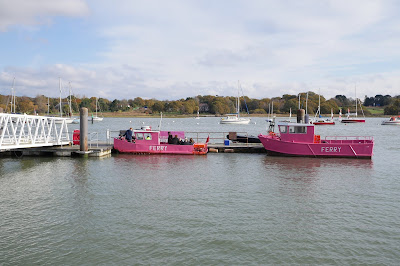