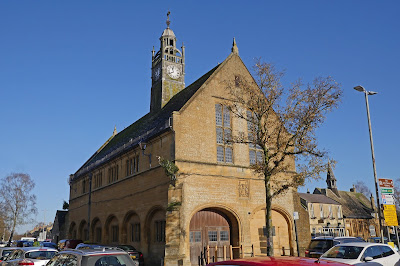 Another town-and-country walk with my friend Merv starting from the Caotwold town of Moreton-in-Marsh (note: not the Marsh). The town is essentially linear and we parked near the station and walked south along the wide high street to reach the Redesdale Market Hall, the town's main landmark. This charming building was designed by Sir Ernest George in 1887. I learn from Pevsner that the ground floor originally had an open arcade.

London Road, opposite, has the Mann Institute (1891) with a quotation from Ruskin inscribed over the door: "Every noble life leaves the fibre of it interwoven forever in the Work of the World". 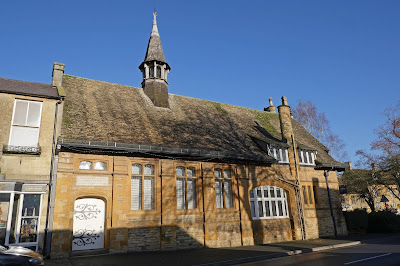 We headed south passing the Manor House Hotel of 1658 and this interesting structure opposite Bourton Road. 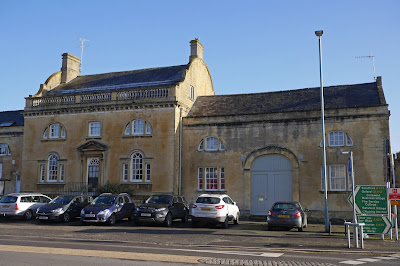 I liked this 17th century lintel over another golden stone doorway. 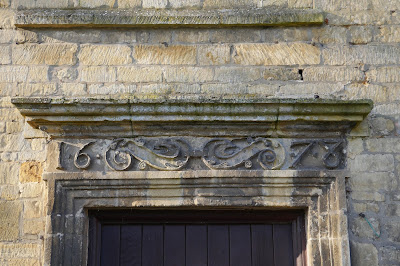 We turned right passing the fire station and the town's new hospital. The building was rather spoilt by the blank square structure projecting from the back. 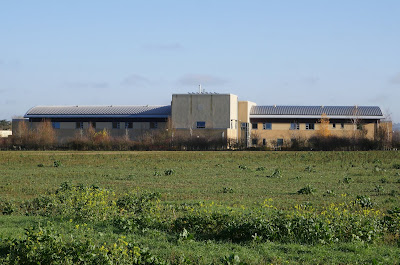 Soon we had left the town and were heading across very wet and muddy fields. There was at least a nice bit of residual autumn colour to brighten our way. 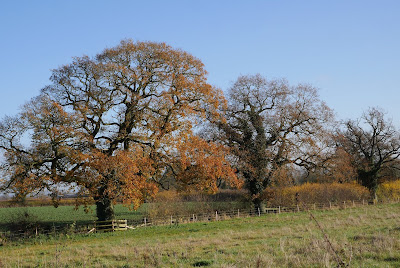 We squelched our way eastwards to eventually swing north and wander along a drive to reach the A44 and climb the hill to Bourton-on-the-Hill. On the left was the imposing Bourton House, rebuilt in the 18th century. 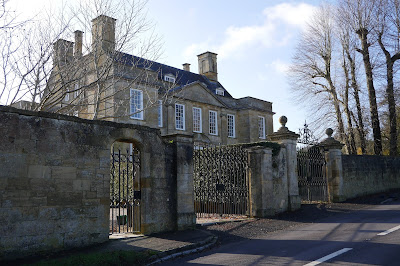 Just beyond it was The Retreat, almshouses of 1831. 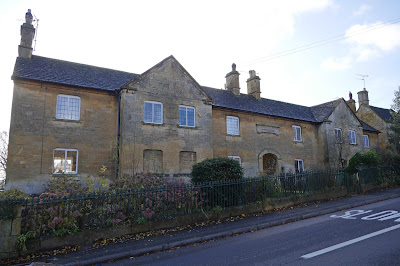 Beyond that was the church of St Lawrence, Norman, but with 12th, 14th and later alterations. 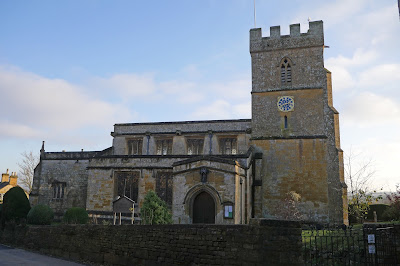 After a dismal lunch in the Horse and Groom Inn we retraced our steps down the hill and turned right at the church to head south across fields towards Sezincote House. There was a lovely wide open view. 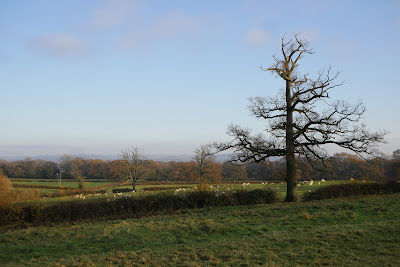 The house was closed of course, but the path passed sufficiently close to get a good view. The house was remodeled in an Indian style from about 1805 by Sir Charles Cockerell who had made his fortune working for the East India Company. The interior is apparently classical rather than Indian. 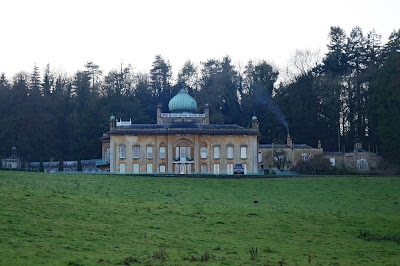 After being driven off the track into a field by flooding we turned left and headed back towards Moreton along a nice firm path. As we got closer we were delighted, Merv especially, to notice these field strips, evidence of medieval farming. 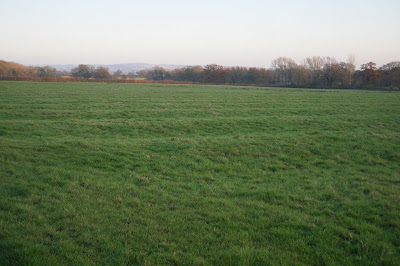