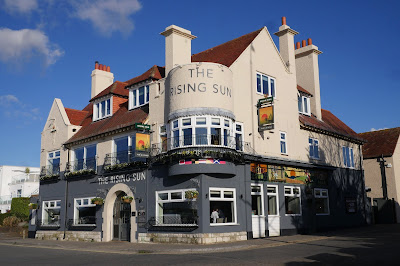 We picked up the Solent Way at Warsash on the opposite side of the River Hamble to Hamble-le-Rice and walked away from the rather inviting Rising Sun pub. A plaque reveals that this was where 3,000 Commandos set sail in landing craft for the Normandy Landings in 1944.

We followed the track towards the mouth of the Hamble: this was the view towards the other side. 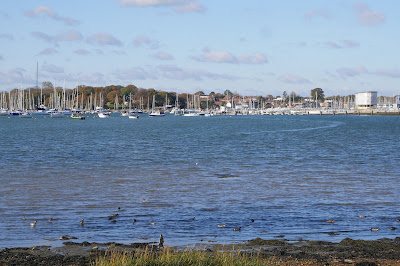 This area (the Hook with Warsash Nature Reserve) offered a great variety of bird life - I must must put some time into improving my shoreline bird identification! 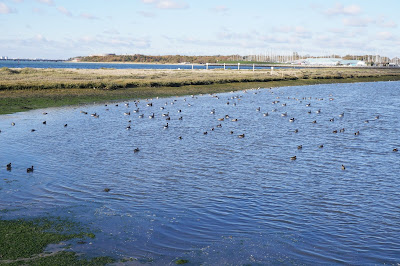 Further along, once we were walking along the side of Southampton Water again, we noticed this dramatic structure on the other side: from the map it looks to be Fawley Power Station. 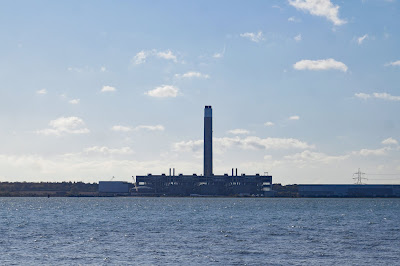 We followed the path until we reached a point where the signage disappeared, just before the Solent Breezes Caravan Park - and so did the path! We found some steps which led up to the caravan park, a strode confidently across it to reach a sign saying the coastal path was closed (but not offering anything in the way of an alternative). After talking to some residents who explained that the problem was (a) coastal erosion and (b) an out of date map (dating from 2005 it turned out).

We found our way down to the gravel beach. This was the very eroded clifftop we had expected to walk on the top of. 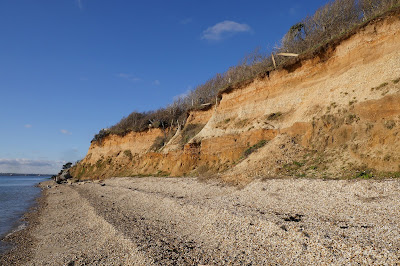 This was the view ahead to Hillhead - it looked like a tiring walk. 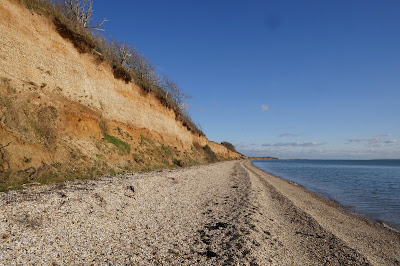 Happily, after a while we spotted a steep path leading up to the cliff-top path, which was here set back much further from the cliff edge. Now we made faster progress, observing a massive flock of Brent Geese in a truly massive field on the land side. 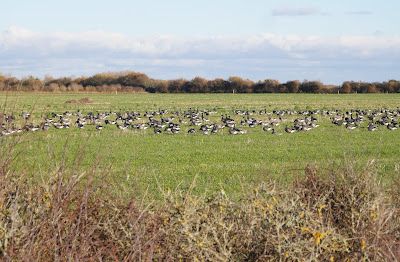 As we approached Hillhead we were forced inland by a fine house (Dreamfield) whose construction required the path to be diverted inland - again without any signs to get you back on track. 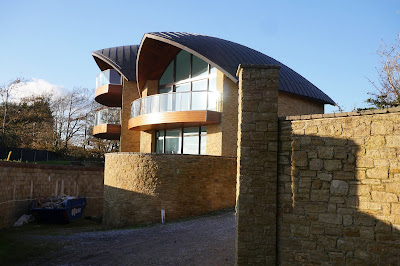 Fortunately, we were able to find our way to the beach where we passed in front of the Meon Shorre Chalets and then round the corner to Hillhead Harbour. Across the entrance to teh harbour we could see a a line of beach huts in shades of blue, looking was nice in the afternoon sun. 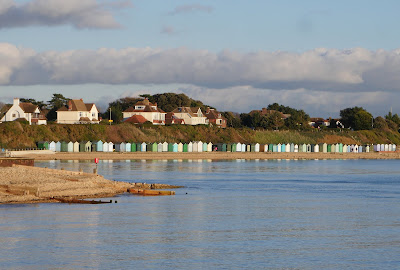 Passing the beach huts led to a pleasant walk way with overhanging foliage. 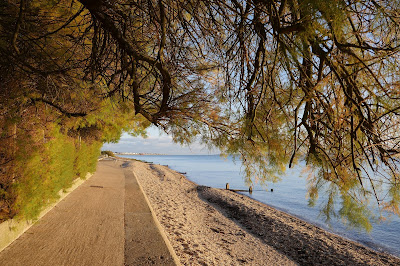 We left Hillhead along the road passing the Osborne View pub, altering us to the distant sight of Osborne House, allegedly Queen Victoria''s favourite.

Further on, we turned right down onto a path at the back of the shingle beach which offered quite a nice sunset. 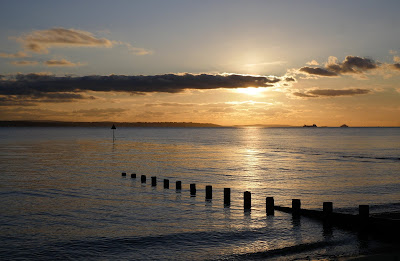 My final image is this platform in the Solent, presumably for oil drilling or something similar. 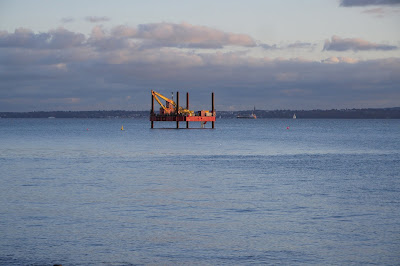 After that it remained only to follow the path into Lee-on-the-Solent, where we had parked. We were surprised - and rather saddened - to learn that there there was once a pier with an art deco tower at the back of it. It was built in 1935 and demolished in 1958. The advent of package holidays was blamed for its early demise.

Conditions: bright and sunny for the most part.