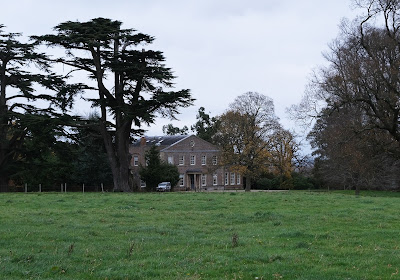 Another walk with my friend Merv under the dispensation for meeting a friend for the purpose of walking. We met up at Brimpton Common opposite the former Pineapple Pub, now an Italian restaurant, and headed northwards across a wet and muddy track. We then followed a track skirting Wasing Wood to reach Wasing Place. The house was largely rebuilt after the Second World War, re-creating the original Adam style building of 1773.

To the left of the house is St Nicholas's Church dating from the 13th century, but largely rebuilt in 1771. 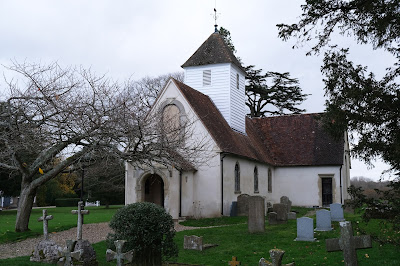 Further off to the left is an interesting miscellany of buildings, which may be part of the holiday lets offered by the Estate. 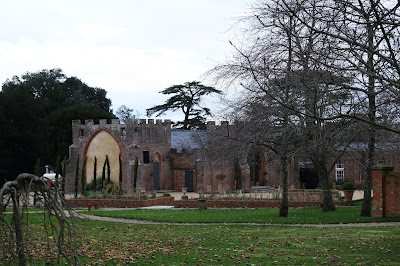 We had a very pleasant walk through the estate and left it to cross Shalford Bridge over the mighty Enborne, here fairly straight and calm. 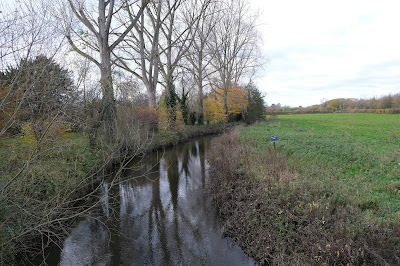 Now we followed field paths to reach Brimpton and the gateway to St Peter's Almshouses (which date from 1854 but presumably are no longer in use as such). 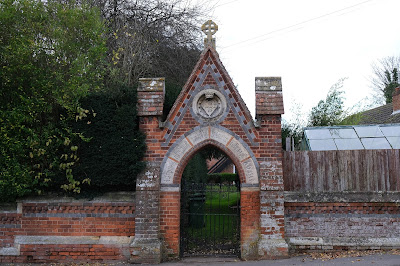 We headed round the corner to reach St Peter's church of 1870. For the first time the sun came out. 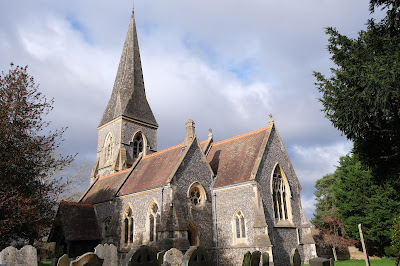 We crossed a large field to reach Hyde End and pass Hyde End House and and then Hyde End Farmhouse. We passed an interesting house which was apparently once a trout farm ... 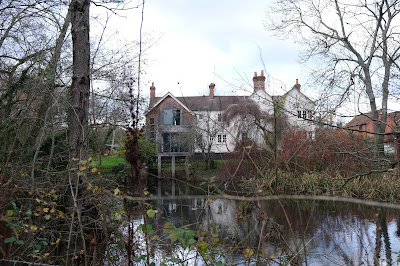 ... and then walked along beside the River Enborne again for a short way before climbing through woodland, now briefly in Hampshire, to cross some very wet and muddy terrain and eventually emerge at the Ship Inn in Ashford Hill.

We now headed through the delightful - but also wet - Ashford Hill meadows, then climbed steadily through woodland and then across a large open area to return to Brimpton Common.