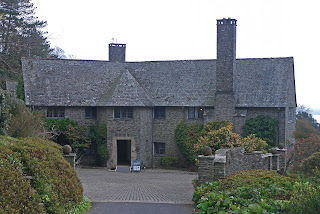 We decided to start our coast walk with a proper look at Coleton Fishacre. It is a 1920s house, built for Rupert and Lady Dorothy D'Oyly Carte by the architect Oswald Milne. It is set high above the coast, with the long valley below made into the beautiful garden for which the house is now especially, and deservedly, known. The interior is in a simple art deco style. Apart from the salon, it is much less grand than might be expected. This is the rear elevation. 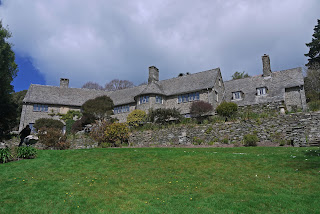 After a very pleasant exploration, we walked down the slope to the back gate we had entered last night and resumed walking. After an initial climb, the path was flat for a while and we were struck by the incredible density of primroses on the hillside. 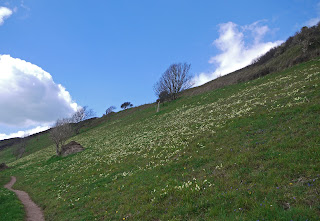 There was a fine view back to the far side of Pudcombe Cove. 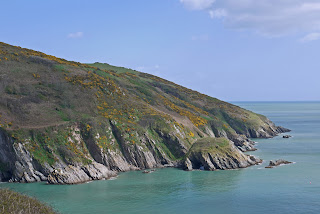 And an even more dramatic one once we reached - after considerable ups and downs - Outer Froward Point. 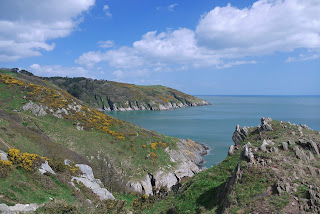 The offshore rocks - Shooter Rock, Shag Stone and Mew Stone and their nameless companions - were both impressive and threatening. 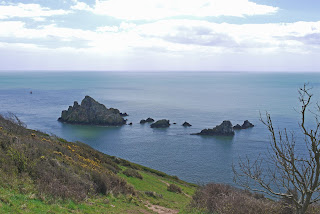 Once we reached Inner Froward Point we began to see across the mouth of the Dart to a rather different-looking coastline. 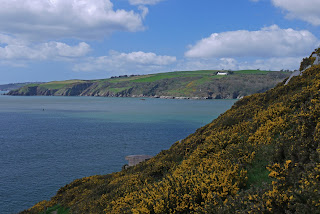 Before long, we could see Dartmouth Castle and St Petrox church and the houses of Warfleet on the opposite bank. 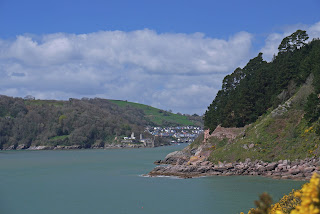 Then, on our side. we came upon the Brownstone battery. It was built in 1940 to protect the Dart Estuary, Slapton Sands and Blackpool Sands (which we will pass tomorrow) from invasion. There were two gun emplacements, the other one is higher up, and searchlight stations at sea level. A railway conveyed shells to the gunners. 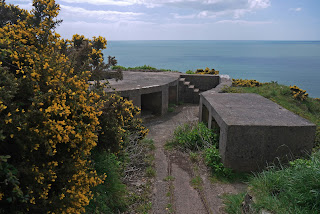 We climbed to reach the Coastguard station on the top of the point and now entered a wooded area called The Warren where walked on the level for a while, before the next descent and ascent. The route now continued on tarmac, with the estuary below and Kingswear Castle frustratingly hidden from view behind houses and trees.

Eventually we entered Kingswear and reached the Lower Ferry, the end of this leg of coast path, where we had parked our car. The view across to Dartmouth was delightful. 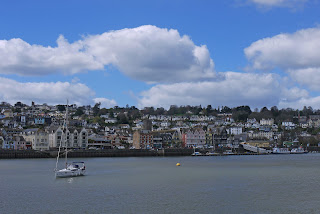 Looking to the right, the vast Royal Naval College dominates the hill. 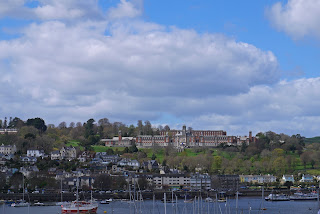 Pevsner is fairly scathing about the College, the work of Sir Aston Webb in 1899-1905. In his view, it lacks "bombast" and neither the central tower nor the side cupolas are sufficiently imposing. I can only agree.

The Lower Ferry is closed at present so we drove round to the Upper one and made our arrival in Dartmouth. It was too late to start again on the coast path, so we had a little look around. I especially liked these houses, supported on columns - now the town Museum - which date back to 1640. 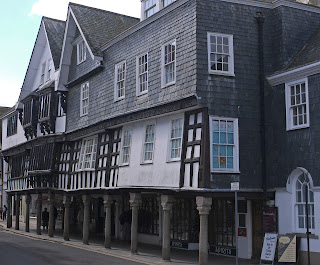 Next door to our B & B was the Cherub pub, said to date back to 1340 and to be Dartmouth's oldest building. 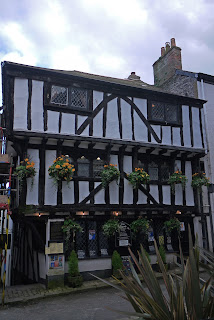 Finally, I took this evening shot of Kingswear - sadly the sun was temporarily behind clouds, but the light was still lovely. 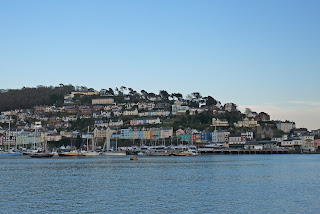 Distance: only 3.5 miles along the coast path, but quite hard work. Distance now covered 154.4 miles.