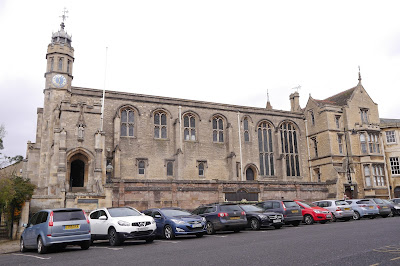 On a visit to friends, we were taken to see Stamford, somewhere I have always wanted to visit. We broadly followed this walk on the AA website. Starting at the now defunct Museum in Broad St, we quickly reached one of the town's most famous buildings: Browne's Hospital. This fine almshouse was founded in 1480 by William Browne, a wealthy wool merchant. Behind the chapel there is a cloister garden which was rebuilt in 1870 and modernised in 1964. 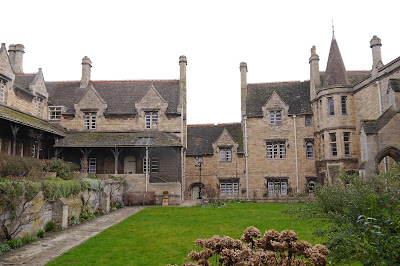 We walked down Ironmonger St and along High St to reach Red Lion Square where we wandered into the, sadly redundant, church of St John the Baptist. The wooden roof is an absolute marvel with its rows of carved wooden angels. 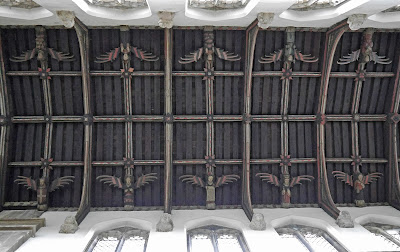 To the right is the church of All Saints, which has the look of an East Anglian wool church. It is essentially 13th century in origin, and it is from this period that the wonderful blind arcading dates. The tower and much of the rest of the church are the result of a 15th century rebuilding funded by the same William Browne as founded the Hospital. 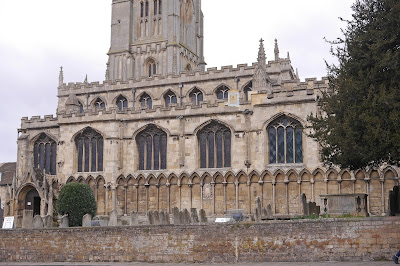 The route now took us past the east end of the church at up Barn Hill, an attractive street with a nice mixture of houses, including this imposing Georgian mansion. 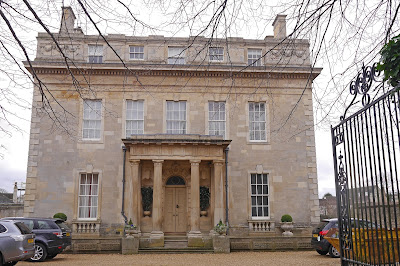 You have to turn left at the top and this brings you down to Scotgate, directly opposite Truesdale's Hospital. This was founded in 1700 by Thomas Truesdale, a successful attorney and rebuilt in 1833. The architect of the present building was George Basevi, a pupil of Sir John Soane, who went on to design the Fitzwilliam Museum in Cambridge and Belgrave Square in London. To the right is the (former) Snowden's Hospital of 1604. 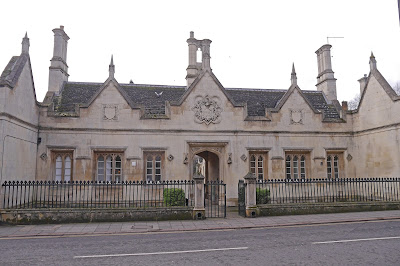 At the town end of Scotgate, passing All Saints Church again, we turned right into All Saints St. At the end of the street is St Peter's Callis (a local word for an almshouse), founded in the 15th century, but rebuilt in 1863. And recently cleaned it would appear. 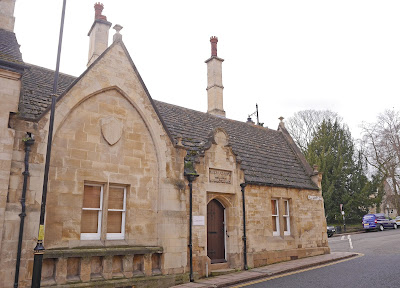 At this point we departed the AA route and continued into St Peter's Street, passing another former almshouse, Williamson's Callis  on the left, and then reaching the lovely Hopkins's Hospital. This was built on the line of the demolished town walls in 1770, by John Hopkins, then mayor of Stamford. It was extended in the 19th century. 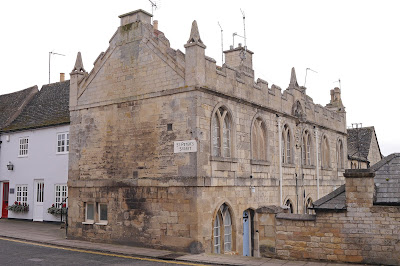 Just beyond the Hospital, we enjoyed two lovely terraces of 1829-31: suddenly we could have been in Cheltenham. 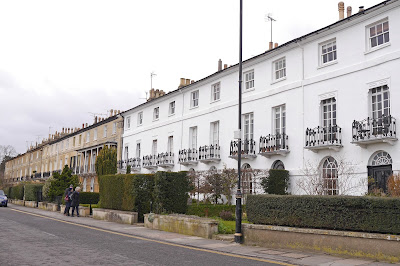 The nearest house had this wonderful front garden feature which set us all chuckling. 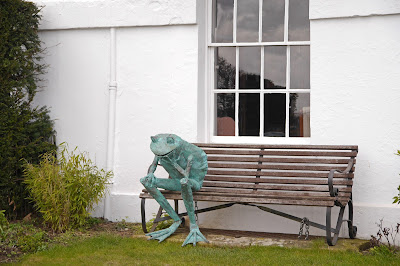 We walked back into town and along St Mary's St and then right towards The Bridge. There were a delightfully ornate pair of shopfronts on the corner of St John's Street. 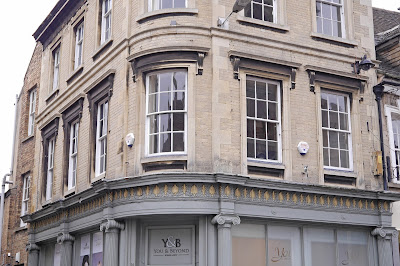 And on the approach to The Bridge, another imposing Georgian building. 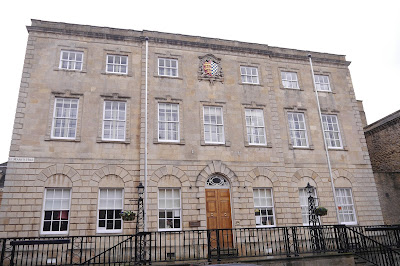 Immediately on the opposite side of the river were Lord Burghley's Hospital, a pretty enough group, but not as grand as the name would suggest. It was founded in the 12th century as the hospital of St John and St Thomas and administered by Peterborough Abbey. After the Dissolution of the Monasteries, it was bought by William Cecil, later  the first Lord Burghley, one of Elizabeth I's principal advisers. He formally endowed the Hospital in 1597. 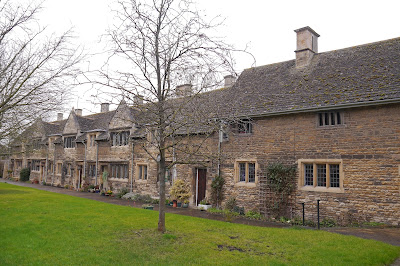 It was raining quite hard by now and so a short way along High Street St Martins, we adjourned to the George, a famous old coaching inn for lunch. The scaffold sign which crosses the street was used occasionally as a gallows for highwaymen. 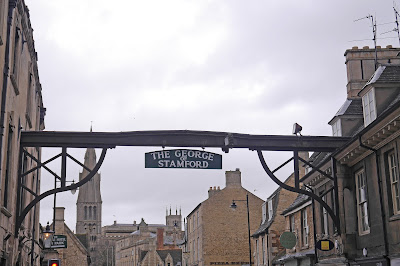 Finally, with it still raining when headed further along the road and right into Kettering Road to find our (OK, my) final set of almshouses, Fryer's Almshouse of 1832. This was  built by Henry Fryer, a surgeon, and like Truesdale's, which we saw near the start of the walk it was designed by the architect George Basevi. There is a considerable stylistic similarity. 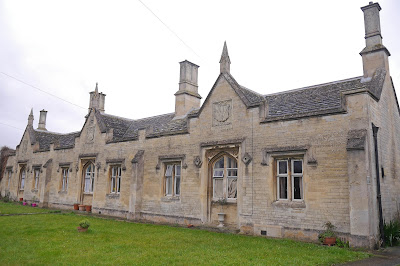 Rating: four and a half stars. A lovely, characterful town with a great selection of almshouses as well as many other fine buildings.
Posted by PH at 17:05