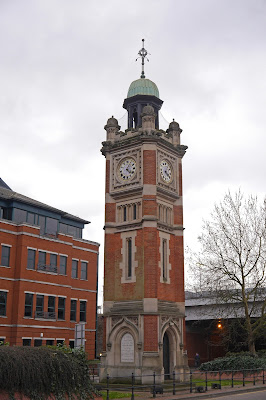 Today offered an opportunity to complete my set of walks around Berkshire towns: I guess I am going to leave out Slough and Bracknell, but I have done some sort of walk around Windsor, Reading, Newbury and Hungerford.

We started at the station with the Jubilee Clock constructed in 1899-90 to celebrate Queen Victoria's Diamond Jubilee in 1897. According to Pevsner, the south face has a black diamond over the figure VI to mark the time of the Queen's death in 1901. 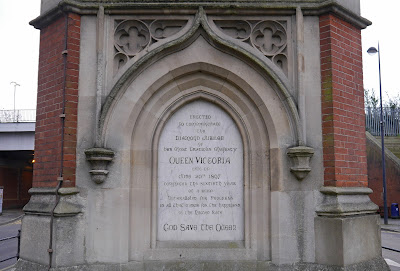 We headed now along Queen St, a bit run down at first, giving way to a dense concentration of estate agents. One of the houses on the left had some nice decoration of about 1900. 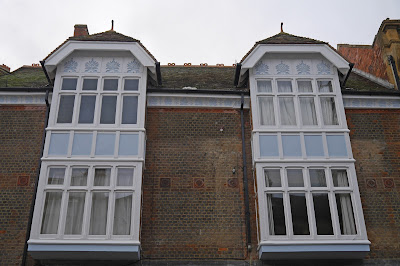 At the end we turned right into the High St and right into St Ives Road, with the large, but dreary, Town Hall (1962) on the right. Opposite is the dramatic, modern-looking Library, built 1970-3. What a difference 10 years made! 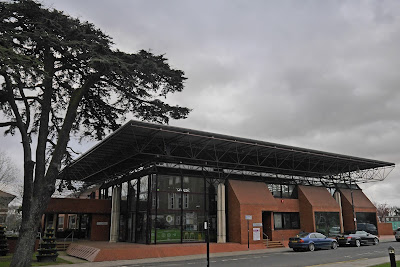 Further along High St is the Bear hotel, which has the look of an old coaching inn. 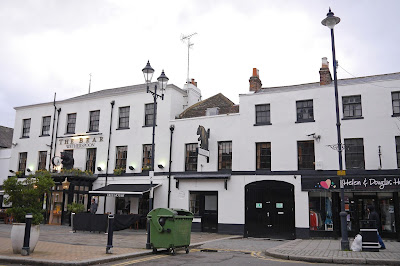 Now up to the  busy with Bridge Road Smyths Almshouses on the opposite side, founded in 1659. 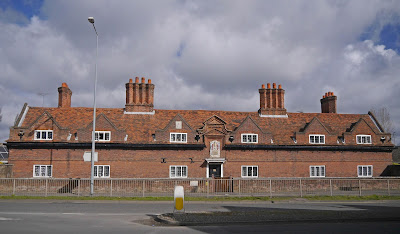 The crest and inscription (correctly described by Pevsner as a "cartouche of arms") under the small central pediment are impressive. 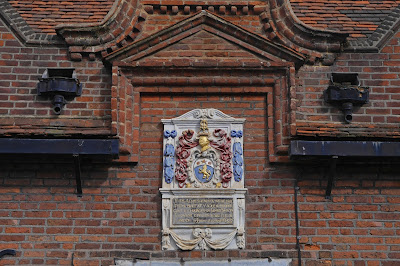 A short way further along the road are the picturesque the Haven of Rest almshouses of 1895. The photo shows the central range; there are two smaller ranges at right angles to it. 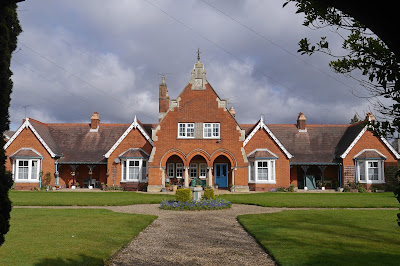 At this point we retraced our steps and walked along the High St to the west end where we found this sculpture of a boy with a boat. I was trying to get the figure nicely silhouetted against the sky, but foolishly failed to take account of the lamp-post in the background. 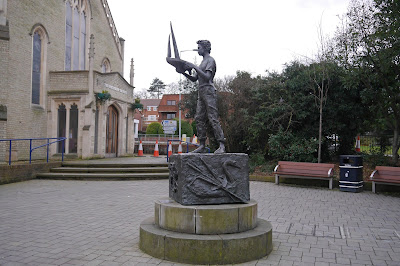 We wandered through some residential streets to the right of Castle Hill, admiring the lovely terracotta of this building (a former school?) in Marlow Rd. 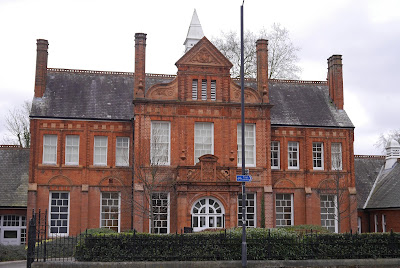 At length we reached All Saints church in Boyn Hill Road, a wonderful High Victorian work by George Edmund Street, who had been a pupil of William Butterfield. It dates from 1854. I loved the stair tourelle rising up the bell tower. The bell tower was originally free standing. 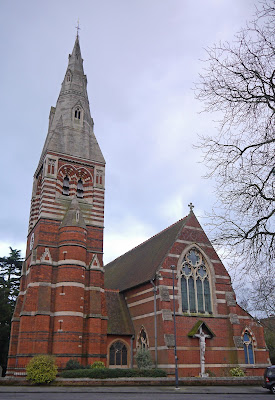 At the side of the church is a pretty close containing a school and houses for the schoolmaster and clergy. 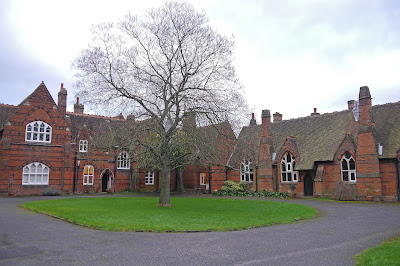 And round the back is a nice red brick almshouse of 1858 (photographed on another day obviously). 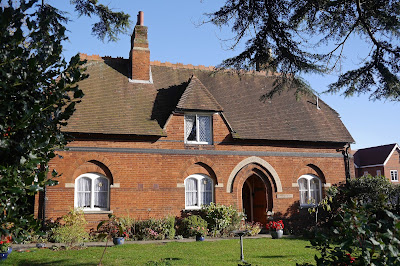 We walked back into town along Bath Road and Castle Hill and reached the station via King St. The Rose pub of 1880 had more pleasing terracotta decorations. 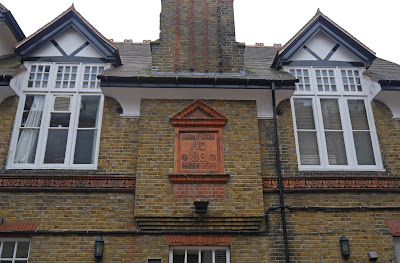 Conditions: Grey, with the threat of rain.

Rating: three and a half stars. The town lacks any real focus or really distinguished buildings, but it was nonetheless an interesting and enjoyable walk.