We picked up the Coast Path again in Hayle and crossed a bridge to head along the North Quay. Behind us was the rather lovely church of St Elwyn. It dates from 1886-8 and was the work of J D Sedding, the architect of Truro cathedral and of the restoration of St Uny, across the estuary. In front of the church was the delightful Church Hall of 1905, looking like a church itself.  I am describing this rather than presenting a photograph because it was already raining, in sharp contract to the lovely weather yesterday evening.

Once we were clear of the quay we passed through an area of holiday homes, some ramshackle and other quite imposing. This was Hayle Towans, a towan is a sand dune. The rather urban route continued into The Towans and then, more exotically, Mexico Towans.

At the end of Mexico Towans, the path follows the back of the enormous sandy beach through the sand downs, now un-named. It was hard going with constant ups and downs over often quite soft sand. There were numerous parallel paths and it was hard to be sure that you were on the right one - but perhaps it didn't really matter.

As we headed further north we began to notice a nice line in slate waymarks pointing the way ahead over the dunes. The rain had finally stopped so it was possible to take a photo. 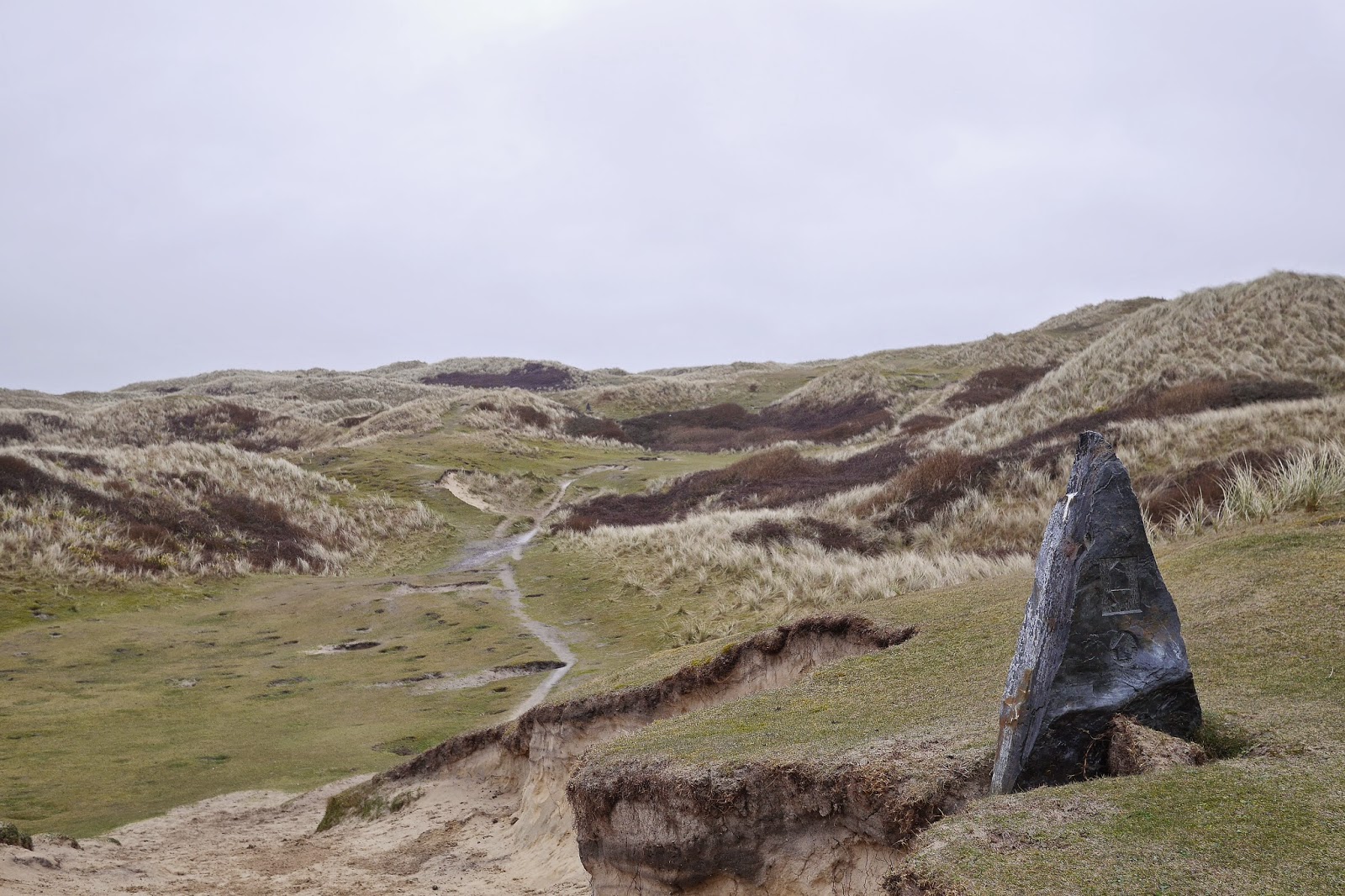 After Gwithian Towans, the sandy Godrevy beach stretched out ahead, with various random walkers and kite fliers offered a bit of interest. 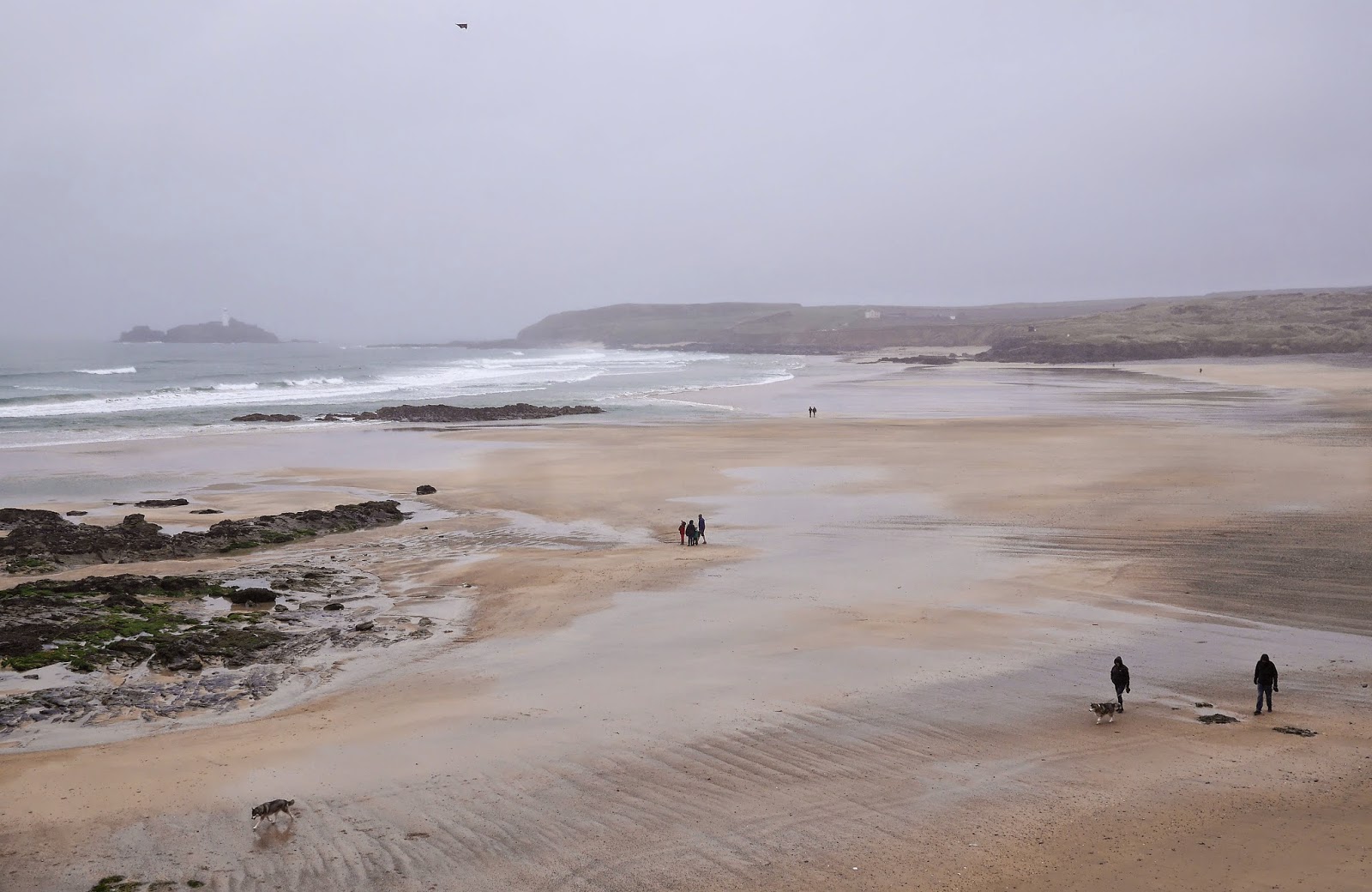 At the end of the beach you begin a more conventional section of coastal path which leads round to Godrevy Point. Just off the Point is Godrevy Island which houses a still operational lighthouse of 1858–1859. 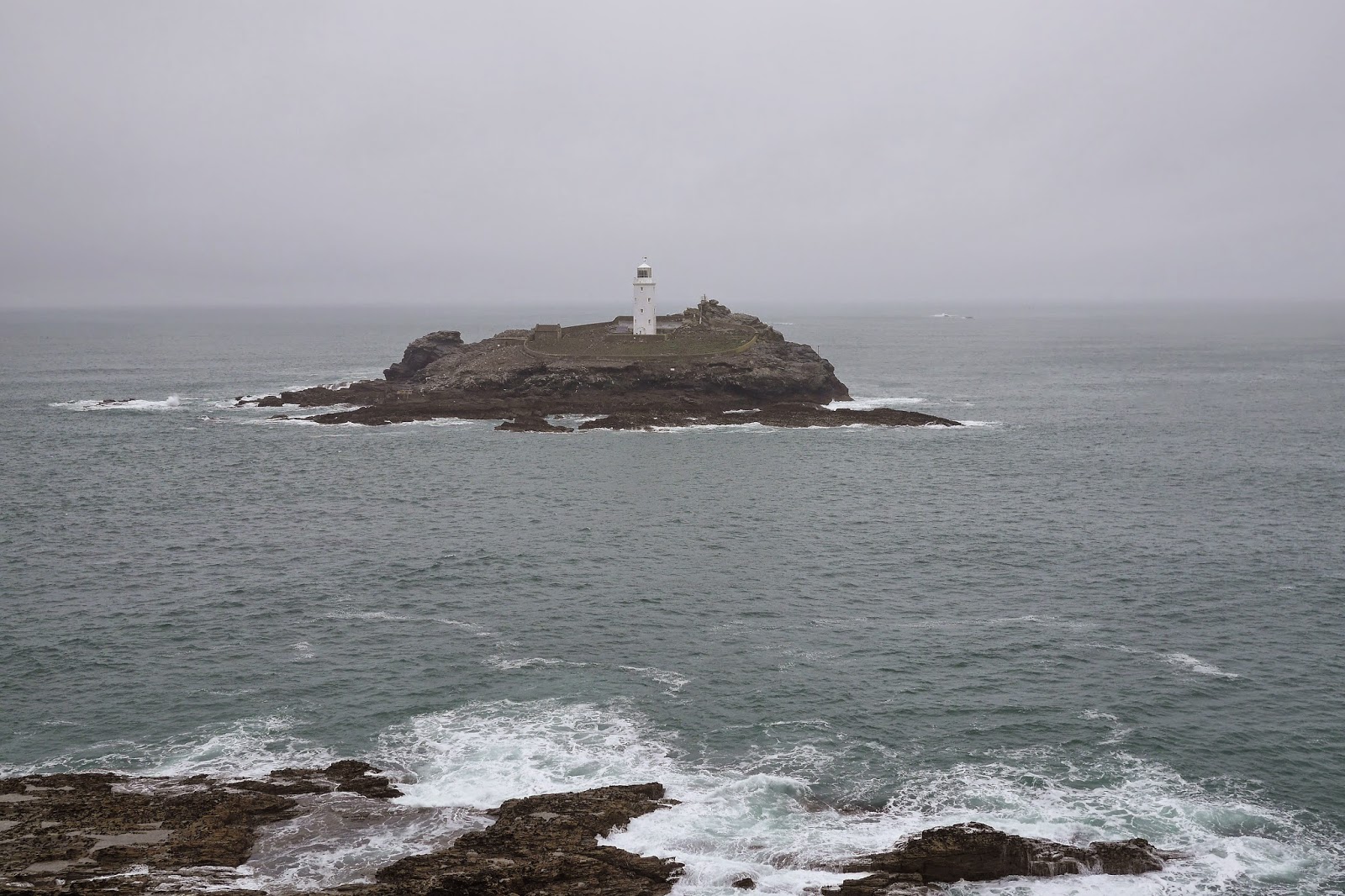 At Godrevy Point we called it a day.

Conditions: not cold, but wet and grey.