Ardington and West and East Hendred 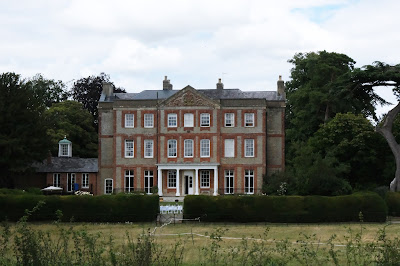 Ardington Hall
Ardington House (1720) was the architectural highlight of this walk, but was studiously saved for the last leg. I thought I would put it up front. We started our walk opposite the busy village shop and turned into Church Road to then go this curious arch and follow a narrow track towards West Hendred. 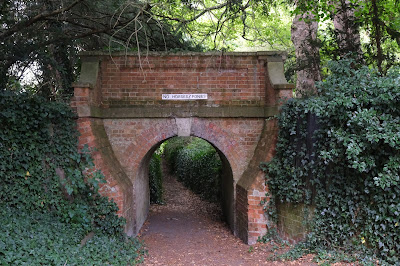 You soon reach a track heading east and follow this, passing some barns, to reach West Hendred and Holy Trinity church. It was rebuilt in the 14th century, repaired in the 18th century and restored in 1929. 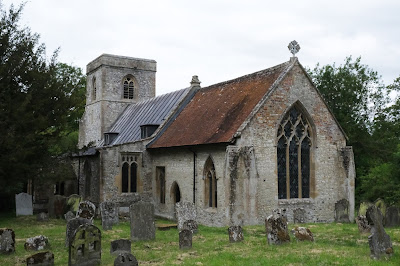 Another field edge path led us to the largest and most interesting of the three villages, East Hendred. As we approached the village we crossed a stream and were startled by this knitted figure. 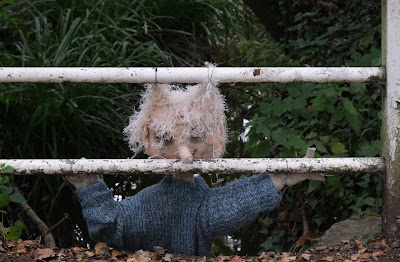 Entering the village proper we passed this lovely group of houses ... 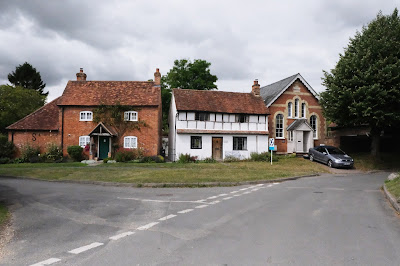 ... and further along the road, past a pub with some knitted figures, we passed Champs Chapel. It is now a local village museum housed in the former Chapel of Jesus of Bethlehem, built in 1453 by Carthusian monks. 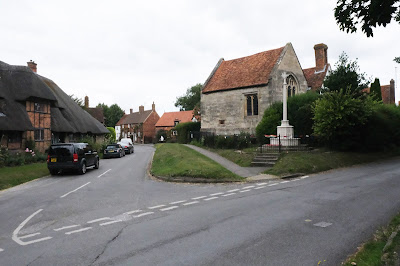 Turning right into the main street we saw more knitted figures and concluded that it must be the work of a knitting group, but it seems one lady is responsible for these delightful and witty figures scattered through the village. 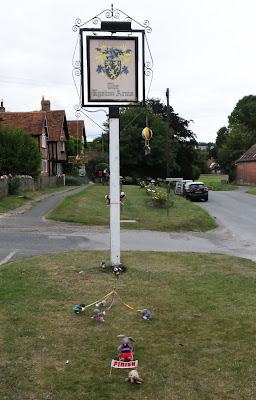 Here is another group along the top of a fence. 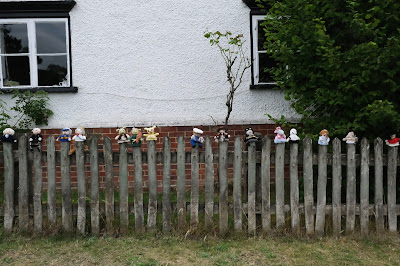 At the end of the high street is the Tudor village shop ... 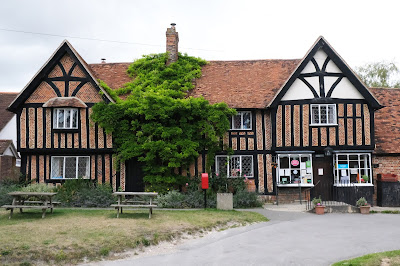 ... and further along is this lovely pump with more figures and Hendred House, seat of the Eyston family, in the background. 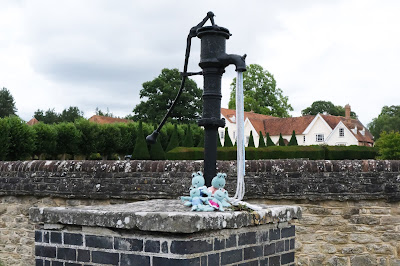 We turned right here to have a glance at the 13th century church of St Augustine of Canterbury ... 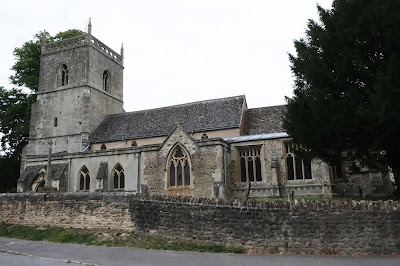 ... and then followed a series of grassy paths round to the east of the village which brought us to the path back to Ardington, on a route parallel to the one we came out on. Unfortunately, the path was closed and fenced off so we followed a detour which in the end led us to the path out.
Reaching Ardington we followed a route around the Hall, first seeing this nice little structure in the grounds, before seeing the main facade of the house. 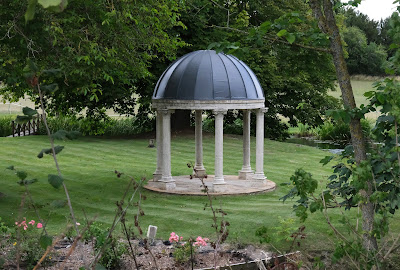 We concluded the walk by passing Holy Trinity church (1200, but restored and enlarged in 1887) to return to our car. 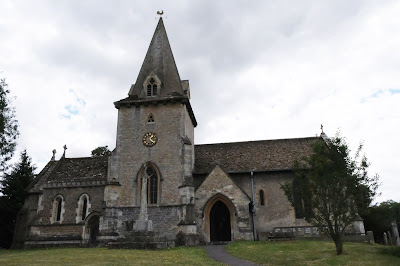 Unlike our last walk, Whiteshard Bottom, when we saw 15 butterfly species, on this walk we saw only 6. It is tempting to think that the agricultural land here was being farmed with less concern for wildlife as there were noticeably fewer wildflowers, hedgerows and set-asides.
Conditions: grey but mild.